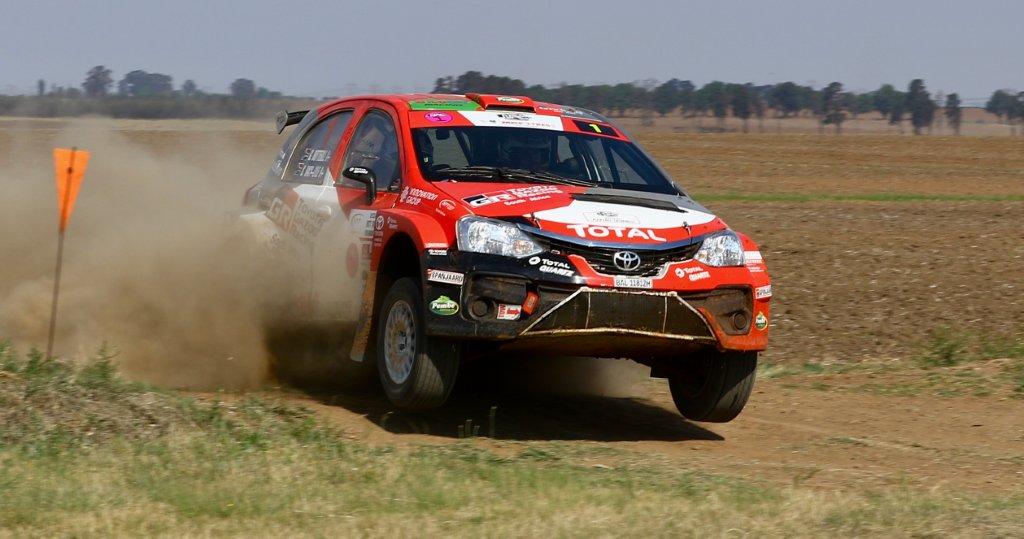 The pair powered their Class R4 Toyota Etios to victory on both days of the NTT Toyota Delmas Rally, effectively claiming maximum points in Rounds 3 and 4 of the season.

This result gave the crew four wins from four starts, in their four-wheel-drive Etios, all but sealing the 2020 title in the process.

“To make the victories even sweeter, we won every stage over the two events,” said an elated Botterill after completing the event. “The only slight moment we had was early on day one, when a short circuit in one of the onboard camera’s wires caused some smoke in the cabin. But the car never missed a beat, and we managed to control our pace throughout the two-day double-header.”

One of the challenges in Delmas over the rally weekend was dealing with the extreme heat that engulfed Gauteng and Mpumalanga over that period. With temperatures soaring to 35 degrees centigrade, managing the cooling systems in the highly advanced Class R4 rally car was no small feat, but in line with Toyota’s vision of building ever better cars, the technical crew working on the Etios continually found ways to optimise the cooling, and kept the car running faultlessly despite the heat.

Next up will be a final double-header, wrapping up the season at the end of November. Rounds 5 and 6 of the 2020 SA NRC will take place in the area around the Mpumalanga town of Dullstroom, and will be known as the TracN4 Rally.

For Botterill/Vacy-Lyle the final two rounds will bring another opportunity to cement their position as the rally leaders in the South African championship. While the points have yet to be ratified, the Toyota Gazoo Racing SA crew have already proven themselves on the stages of the 2020 NRC season, and will be looking to hammer home their dominance, come the final rounds in November.