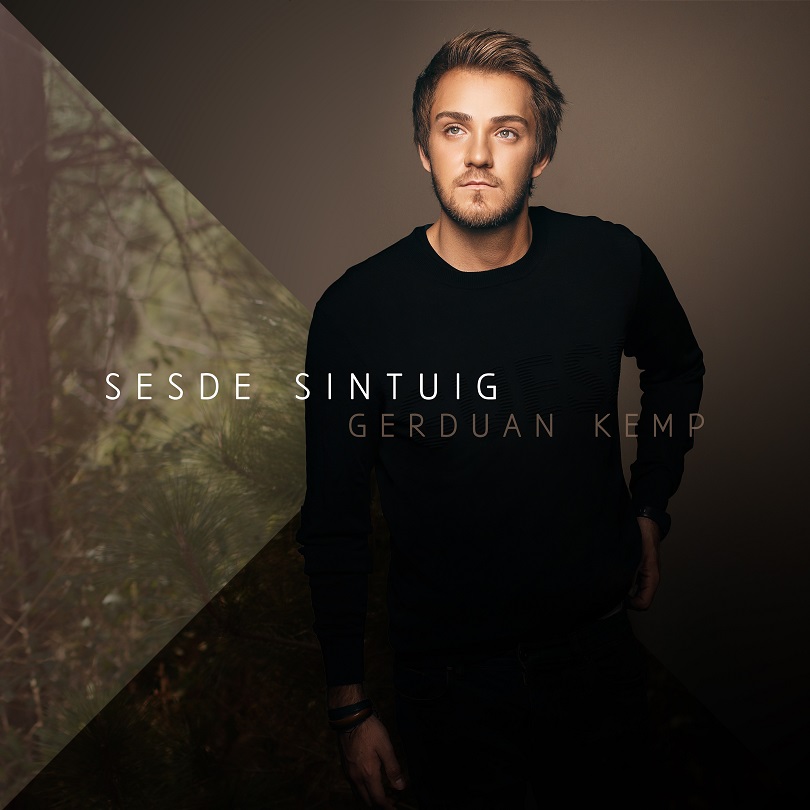 It’s been a couple of months since the release of his last single, but Gerduan Kemp is back and he is better than ever!

The artist’s latest single, SESDE SINGTUIG – which showcases his deep soothing voice beautifully – is about the excitement of falling in love and how love is actually like a sixth sense. Relationships have always been very important to this twenty-three-year-old and were also the inspiration behind this upbeat track.

“SESDE SINTUIG shares how love can sometimes help you to escape from reality. Love also has the power to make you forget about the pain of the past. In this song, it shows how your sixth sense (love), is actually all that you need to be happy,” explains the singer, who believes that the single will appeal to audiences of all ages.

According to Gerduan, the purpose of this song is to make listeners feel good and remind them how love sometimes manages to numb your senses. “Love is something that all of us experience and this song describes that feeling of being in love that we sometimes struggle to put into words,” he says. “There are so many songs about love, but I think people are going to like this one because it uses a new angle to describe love, and the emotion behind it.”

The song, with its modern pop feel, was written by Johan Oberholzer. Although he usually write his own music, Gerduan felt he needed a fresh perspective for his latest single. “I wrote my first three singles myself but felt that it was time to call in the expertise of one of the country’s best songwriters. I have been a fan of his work for a long time and it is a privilege to be able to sing his something that he wrote.”

SESDE SINTUIG follows in the successful footsteps of his previous singles, Vergewe my as ek, Slapelose Nag and Dagbreekdrome, which were all very well received. Vergewe my as ek’s music video has also already had more than 12 000 views on YouTube.

Gerduan – who was born and raised in Bloemfontein – has been singing and performing since he was a little boy and has been taking guitar lessons since he was eight. He only decided to pursue a career in music during his final year at university where he was busy completing his degree in Communications and Journalism.

“I decided to go and study, because when I was in matric, I did not think that I would be able to become a full-time musician. I decided in my final year that I was going to pursue this dream after completing my studies,” he says.

Although he has been interested in music all of his life, he believes that 2012 was the first official step in his music career, because that is when he started with singing lessons. Since then, he has shared the stage with several big names and performed at numerous festivals and functions across the country.

The singer shares that he loves music with deeper meaning and that his own songs are inspired by events in his own life or from the lives of those close to him: “I always try to tell a story with my songs, and to write it in such a way that listeners are able to relate to it.”

Gerduan says that Niall Horan, Elandré and Daughtry all had a big influence on his own music style and that he would love to record songs with Elandré and Tarryn Lamb someday. When he is not on stage, he runs his own photography and videography business – GK Kreativ Productions – and reveals that this is what he would be doing full-time if singing was not an option.

The music industry has taught him that there is a place for everyone in the music industry and that you can make your dreams come true if you are willing to take the first step. That is why he is currently busy recording his first full-length album, with which he wants to make the next phase of his dream come true in 2021.

Making the best of his talents is very important to Gerduan Kemp. With the release of SESDE SINTUIG, he not only showcases one of his greatest skills, but also proves that he has a very promising career ahead of him.

SESDE SINTUIG will be available on all digital platforms from Friday, 16 October 2020.