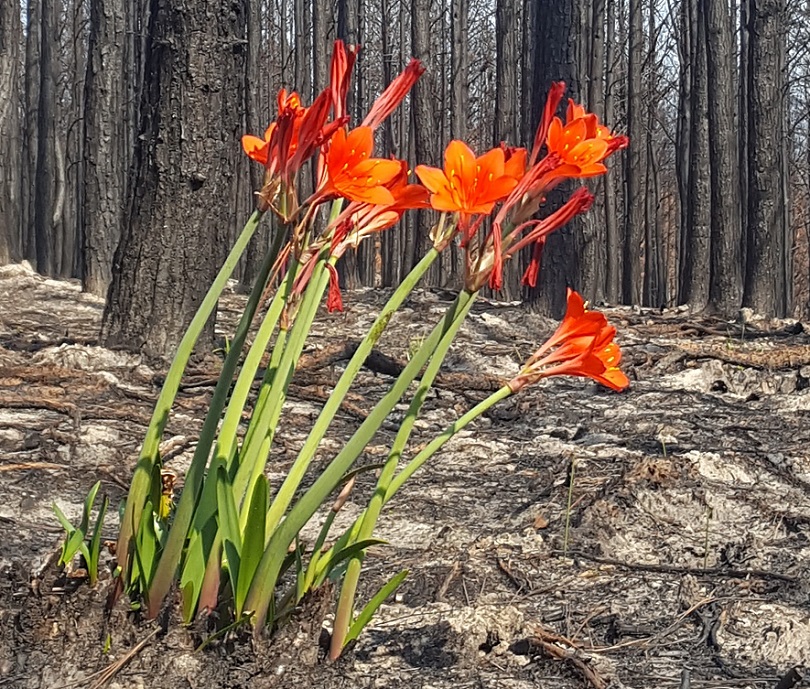 “With world news headlines dominated by COVID-19 and lockdown-related matters, coinciding with heated American politics and current affairs, the largest wildfire disaster in recorded American history keeps raging on in California and Western America, and so despite of its severe impact, it hardly makes the headlines,” says Cobus Meiring of the Southern Cape Landowners Initiative (SCLI).

According to the latest media reports, critical fire weather remains in effect across much of Northern California, with firefighters on high alert for the possibility of new fast-moving wildfires. Some media reports refer to the 2020 wildfire season as the first ‘gigafire’ in modern history.

Says Meiring, “In comparison to the wildfire disasters that affected the Southern and Western Cape over the past three years, the size and scale of the Western American wildfire theatre is simply staggering. To date, well over two million hectares have been reduced to ashes, and well over 9 000 dwellings and structures destroyed, including untold damage to grid infrastructure, the natural environment and productive agricultural land, with no clear end in sight yet.”

“Just like in South Africa, climate change has set the perfect platform for intense wildfires across the American West over past decades.”

“A marked increase in American, and South African, day and night temperatures, changes in rainfall and snow patterns, shifts in plant communities, stronger winds and other climate-change-related factors all contribute to setting the scene for ever more severe wildfires over much larger areas than ever before.”

“The only reason Southern and Western Cape communities have not suffered from severe wildfire disasters in recent times is because much of the flammable invasive alien plant material, accredited for providing the fuel for intense and out-of-control wildfires, has been destroyed by recent fires and is only now maturing to sufficient mass.”

“In mitigation of environmental conditions conducive to out-of-control wildfires, the persistent drought experienced during the past decade has largely been broken by the return of favourable rains in most parts, and, as a result, flammable material is currently not as dry as it were during the harsh drought in many parts. The rapid suppression of wildfires also allowed biomass to grow and accumulate over time.”

“Monitoring the present-day aggressive regrowth patterns of invasive alien plants along known fire paths by SCLI in the Southern Cape, following the 2017 and 2018 wildfire disasters, puts justice to the term ‘Knysna reloaded’.”

“In as much SCLI and many landowners have gone to great lengths to draw up and implement Invasive Alien Plant Control Plans to eradicate and control invasive alien plants on private  land, unwanted biomass, potentially providing the fuel for a recurrence of the 2017 and 2018 Garden Route wildfire disasters, is clearly visible and growing rapidly on the landscape,” warns Meiring.

He says funding streams generated to assist landowners in dealing with invasive alien plants in the aftermath of the Knysna fires have since been diverted in order to serve COVID-19 relief efforts. Landowners now have to take full responsibility for controlling what grows on their land. They have little choice but to adhere to strict environmental management guidelines governing invasive plant control and eradication or face stringent penalties issued by environmental management authorities such as the Green Scorpions.

In an all-out effort to create more wild spaces and to enlarge the conservation footprint of the Southern Cape through the rehabilitation of regional river systems, SCLI and private landowners are collaborating to create conservation corridors linking the Outeniqua Mountains with the Indian Ocean. This collaboration is of particular importance in the rural-urban interface where most invasive alien plants are present and the most significant wildfire damage is recorded.

For more information on how to deal with invasive alien plants on their land, landowners can visit the SCLI website at http://www.scli.org.za.

Photo: Knysna burnt landscape with flower – “Many Knysna and Plettenberg Bay landowners are setting the scene for a repeat of the intense 2017 wildfire disaster by allowing the large-scale return of invasive alien plants on the landscape. All that is required for the next fire disaster is the right climate conditions, sufficient fuel loads and a spark,” says Cobus Meiring of SCLI.