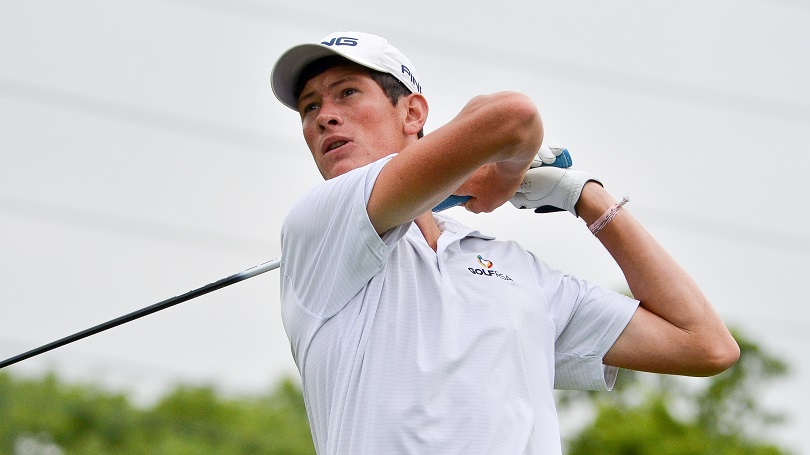 28 October 2020 – Five of South Africa’s most promising amateur talents will join the star-studded field in the South African Open Championship at the Gary Player Country Club from 3-6 December.

The South African Golf Association (SAGA) announced on Tuesday the amateur quintet exempt for qualifying in the R19.5 million tournament, supported by Nedbank and Sun International and co-sanctioned by the Sunshine and European Tours.

“As the custodians of the SA Open, we are extremely proud and honoured to offer our top talents this marvellous opportunity to test themselves in a championship of this stature,” said SAGA Acting President Martin Saaiman.

“We are delighted to announce that our reigning SA Amateur champion and No 1 Casey Jarvis will spearhead the group. He will be joined by fellow GolfRSA National Squad members Kyle de Beer, Yurav Premlall, Sam Simpson and Christo Lamprecht.”

The 110th playing of the South African Open Championship was announced on Thursday, 22 October and the SAGA Selection Committee made their final selection the following day.

“Casey automatically qualified as the 2020 SA Amateur champion and we selected the next four players off the GolfRSA Open Amateur rankings,” Saaiman said.

“Since all our national tournaments were cancelled at the end of March due to the nationwide Covid-19 lockdown, we had no choice but to base our selection on the rankings as it stood at the end of March when our tournaments were shut down. Martin Vorster, who is second in the rankings, had advised us that he would be unavailable for selection because he is still recovering from a wrist injury, so the next four spots went to Kyle, Yurav, Sam and Christo, respectively ranked third, fourth, fifth and sixth.

“We wish these five amateurs well as they test themselves against a strong international field at the iconic Gary Player Country Club.”

It will be a second appearance for Jarvis from State Mines, De Beer from Port Elizabeth and Durbanville’s Simpson. The trio made their debut at Randpark Golf Club in January, with Jarvis advancing at the 36-hole mark and finishing joint 36th.

Glendower’s Premlall was just 15 years and five months old when he re-wrote the SA Open record books as the youngest amateur to qualify for the SA Open and make the 36-hole cut at Randpark Golf Club in December 2018. He will celebrate his third start at Sun City.

Lamprecht, also a former SA Amateur champion, was the youngest player in the field when he made his debut at Glendower Golf Club in January 2018. The Pinnacle Point golfer returns for a fourth time to stake a claim on the Freddie Tait Cup.

“The Freddie Tait Cup is awarded to the leading amateur who advances past the 36-hole mark in the championship and is one of the hottest ticket items in South African amateur golf,” Saaiman said.

“We are incredibly proud of our previous winners who have gone on to complete the double and win the SA Open, including Major champions Ernie Els, Trevor Immelman and Charl Schwartzel, as well as Branden Grace and Brandon Stone, among others.”

GolfRSA CEO Grant Hepburn said the amateurs are privileged to be offered an incredible opportunity to advance their careers.

“We are very proud of the fact that all five amateurs selected by SAGA are members of the GolfRSA National Squad,” he said. “They have all worked extremely hard and achieved excellent results and they are very deserving of the opportunity to tee it up in the SA Open.

“Competing in an event of this stature builds character and the chance to compete against the best professionals from South Africa and Europe is invaluable to the growth and development of their careers. We know they will savour the opportunity.

“The quality of these young men and many like them on our GolfRSA circuit is a direct result of the excellent structures in South African golf. Our players compete in well-organised tournaments from a very young age and credit needs to be given to the golf unions, the clubs, the academies and foundations, and the dedicated coaches that all play a role in developing our depth of talent.”

The South African Open Championship will complete a thrilling three-week run of tournaments co-sanctioned by the Sunshine Tour and European Tour, following the Joburg Open at Randpark Golf Club and the Alfred Dunhill Championship at Leopard Creek.

NOTE – Amateurs wanting to enter the qualifying round for the South African Open Championship at the Gary Player Country Club from 3-6 December can download the entry form under NOTICE BOARD on www.golfrsa.com; entries close at midnight on 12 November 2020.