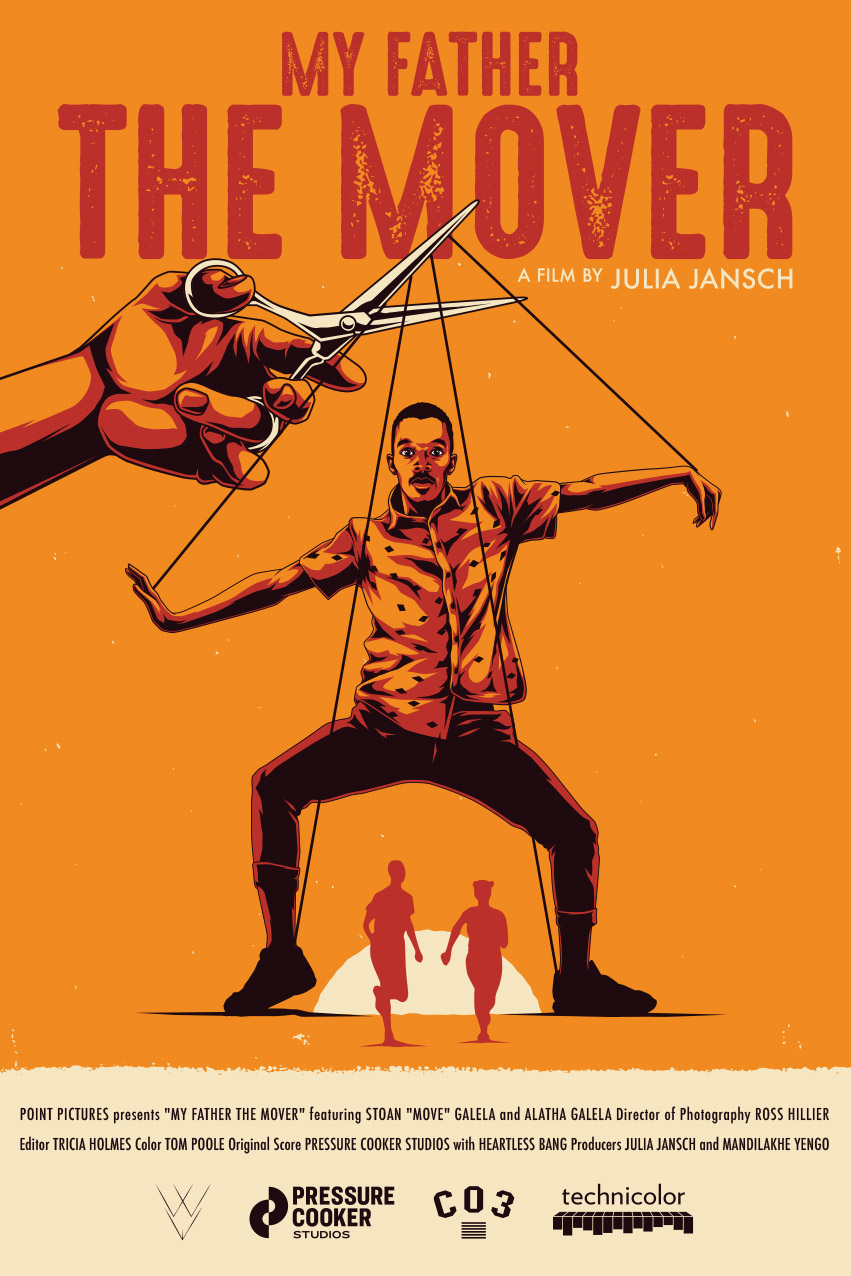 The film is part of an exciting lineup of award-winning new feature and short film acquisitions under executive producer Sheila Nevins. The lineup tackles the social, political and cultural topics affecting the immediate lives and future outlooks of young people today.

Following its launch with Academy Award-nominated short St. Louis Superman and award-winning feature Gay Chorus Deep South, MTV Documentary Films will qualify MY FATHER THE MOVER for the Academy Awards and do a full awards campaign. “Culling the magnificent Film Festivals with their extraordinary choices of documentary offerings, it is a gift to acquire films with heart and soul, insight and vision,” said Nevins.

My Father The Mover tells the story of Stoan (a.k.a. Mthuthuzeli Stoan MOVE Galela), a self-taught dancer who uses African electronic Gqom beats to motivate kids in the township of Khayelitsha, South Africa to jive through their hardship and find their superpowers.

Jansch has always been stirred by characters and narratives that unveil what makes us most human. While talking to Stoan, Jansch learned of the work he does in his community. She was moved by his spirit and wanted to get his story out into the world in the hope of providing a platform for him to raise awareness about his work.

The South African director, writer and producer wanted to make the film in a way that felt as real and immersive as being with Stoan in the flesh and he invited an intimate crew into his home and dance class. “This story is very important to me because Stoan’s message and methodology is one of freedom. And while the kids in his dance group face very unique circumstances, I found his story and his work to be universal. I found his way to be so moving… he is The Mover after all, and I knew his story would resonate on a global level,” said Jansch.

Julia began her career in development, working for FremantleMedia and RadicalMedia in New York. Her short films have premiered and won at A-list festivals around the world, and she is currently writing her first feature. She has an MBA and an MSC from Oxford University and a filmmaking diploma from the New York Film Academy.

The MTV acquisition is a career milestone for the young New York-based filmmaker, who describes the project as a miracle.

MTV Documentary Films continues the rapid expansion of the global youth brand across its network of channels, platforms, events and third-party development through MTV Studios.