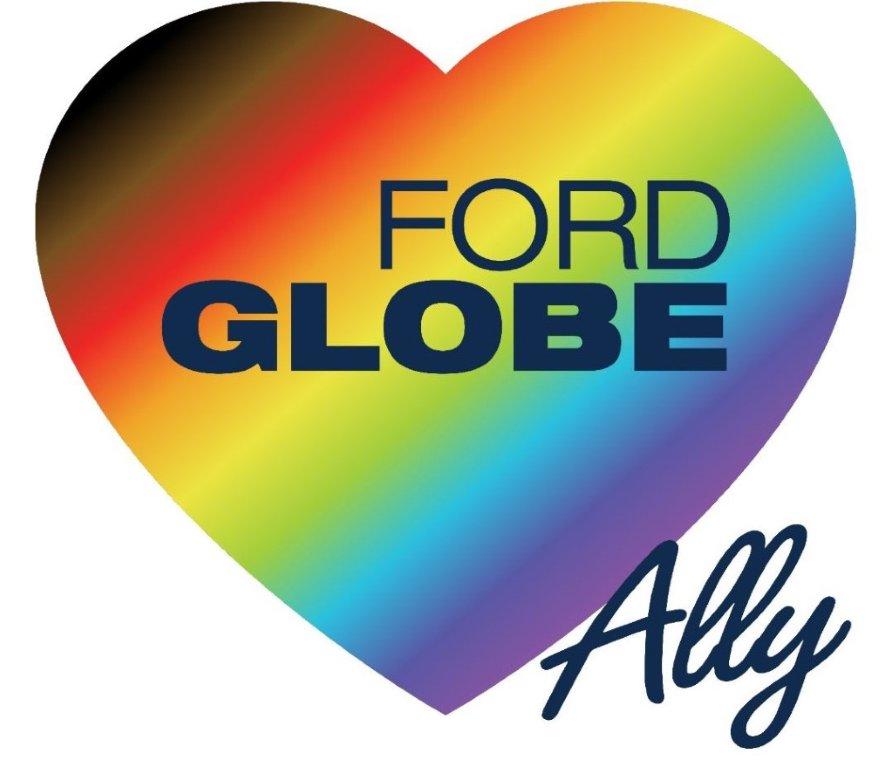 Brian Joss – October is Pride month in South Africa – a time when we celebrate the LGBTQIA+ community and take stock of the progress that has been made, LGBTQIA+ while identifying the challenges that still lie ahead.

For Pride Month this year, and in celebration of Pride Week this week, Ford Motor Company of Southern Africa (FMCSA) is redefining and reframing what it means to be tough, especially when expressing individual identity. “For Pride Month we wanted to relook the concept of ‘tough’ and how it applies to people, and specifically the LGBTQIA+ community,” says Neale Hill, MD of FMCSA.

“In the human context, being tough means being proud of who we are as individuals and, now more than ever, standing united in defence of equal rights for all, breaking down stereotypes and putting an end to discrimination,” Hill adds. “The hashtag #BuiltProud embodies Ford’s ongoing drive towards embracing and promoting diversity, and striving towards inclusion in all aspects of our business and the broader community.”

For Pride Month 2020, Ford is taking the opportunity to start discussions and define how we accept challenges and overcome them with confidence, courage and optimism. After all, Ford put the world on wheels with the legendary Model T and embraced disruption to evolve into one of the world’s largest vehicle manufacturers. “We need to apply this same level of courage and ‘Built Tough’ and ‘Built Proud’ of who we are as individuals when tackling diversity, both within our organisation and society as a whole,” Hill states.

At Ford, we feel it’s important to remember and honour the courage of the individuals that staged the first Pride parade held in Johannesburg on 13 October 1993.

This was a bold and important step to recognise and highlight the LGBTQIA+ community and ensure that our freedoms and liberties are upheld in line with South Africa’s constitution. It added to the global chorus of entrenching human rights as paramount, regardless of gender identity or sexual orientation.

It’s also crucial to accept the reality that 27 years later, we still see discrimination and prejudice targeted against members of the LGBTQIA+ community, and we need to remain resolute against those who seek to exclude, harass and even endanger the lives of people that they deem different from themselves. We need to continue breaking down stereotypes and create an environment in which people can be proud of who they are.

“Being ‘BuiltProud’ means we never give up and we look to what has already been achieved to keep motivating diversity and inclusion,” Hill says. “It is encouraging to see the wave of acceptance that has been evident in recent years, with a shift towards a more inclusive world where gender identity has become more fluid, and people are able to express themselves – and not only be accepted, but are being embraced and celebrated.”

Throughout Ford Motor Company’s 117-year history, and its 96 years in South Africa, it has proved that – as one of the world’s leading vehicle manufacturers and providers of mobility – it is resilient and here for the long haul. “Our focus is on empowering, training and promoting the best-qualified individuals, regardless of sexual orientation, gender or gender identity,” explains Hill.

Accordingly, Ford has established a number of programmes to advocate diversity and inclusion in the workplace, provide diversity awareness training amongst its employees, and to create opportunities for networking, socialising and communication among its LGBTQIA+ employees.

One such initiative is Ford Globe, which dates back to 1994, and came about as a result of two Ford employees raising various gay, lesbian and bisexual workplace issues with the Ford Motor Company leadership at its World Headquarters in Dearborn. Ford Gay, Lesbian or Bisexual Employees, or Ford Globe, was formally established in 1995 as an officially recognised employee resource group, which went online with an electronic bulletin board in July that year.

This internal initiative has since expanded around the world, and has been instrumental in promoting a corporate culture at Ford that provides a safe, inclusive and supportive environment where diversity is valued, and everyone is empowered to be authentic about themselves in the workplace without fear of loss of opportunity – thus allowing them to realise their full potential and equal participation in all aspects of their lives.

“This philosophy has been ingrained in the Ford culture, and is embodied in the Ford Truths that guide how we live, act and communicate, and keep us focused on what matters most,” Hill says. The Ford Truths are: Put People First, Do the Right Thing, be Curious, Create Tomorrow, Play to Win, Built Ford Tough, and work together as One Ford family.

This year, FMCSA will collaborate with three well-known South African influencers, who bring a lot of inspiring insight and value to the discussion around the successes and challenges faced in the LGBTQIA+ community.

“For us, this isn’t simply about awareness, but also about learning. By including tough, strong and positive voices in our internal, as well as external conversations, we are encouraging the entire Ford community to be louder, show that we’re Built Proud and are willing to tackle the obstacles that still need to be overcome. We have a very clear message that no matter your orientation, our goal is the same: to keep chipping away at stereotypes and build a culture of acceptance”, says Hill.

Senzo Dhlomo is a self-proclaimed Digital Maverick, who has been helping businesses tell his story visually through social media, content creation, photography, and marketing strategies for a number of years.

He graduated from the University of Cape Town in 2014 with a bachelor’s degree in English and Media.

Shenay O’Brien is truly a queen of all traits. Singing (live), acting, MC, motivational speaker, entrepreneur and producer. She made SA history in in 2015 by being the first drag artist on Idols SA and making it to the top 16.

She has performed various theatre productions and events, and was the first drag artist to participate in the global movement: Dragqueen Story hour in 2016.

In 2019 she created and produced We’re Queer my Dear (WQMD), an online LGBTIQA discussion platform to aid individuals come out, step up and live their lives fully. WQMD also won the prestigious Media of the Year award at the 2019 Feather Awards, and Season 2 has just started with topics addressing HIV/AIDS awareness, coming out, LGBTIQA+ inclusivity and diversity in the workspace, mental health and more.

Lee Fraser is an influencer/ blogger with his blog focused on his journey into a new, healthier lifestyle. His organic lifestyle grew to include all aspects of modern life, and in   2016 he was nominated for Best Male Grooming blog at SA Beauty Blog Awards.