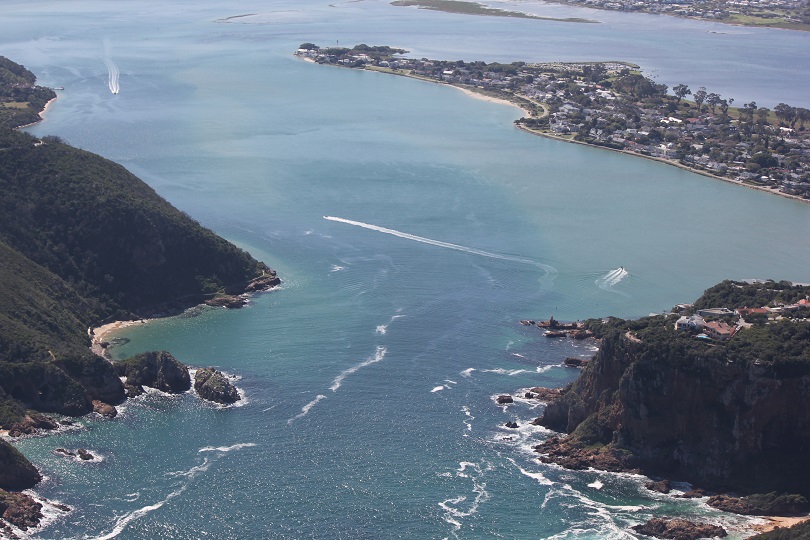 “The Knysna and Outeniqua wildfire disasters clearly showed that living in the rural-urban interface can be potentially hazardous if environmental and land management precautions are not taken and many landowners most certainly are attempting to be better prepared for a repeat of a worst-case scenario than they were in 2017 when disaster struck the Garden Route,” says Cobus Meiring of the Southern Cape Landowners Initiative (SCLI).

“By joining local fire protection agencies, contributing to the making of fire breaks, clearing defendable spaces around dwellings, keeping gutters clean from debris, and eradicating and controlling the spread of invasive alien plants on their land are all initiatives that landowners are engaging in, in efforts to safeguard their land from wildfire disasters in a fire-prone environment.”

“Close to a hundred landowners have joined forces in a programme led by the Southern Cape Landowners Initiative (SCLI) to create conservation corridors along selected river systems in the region. The objective of the initiative is to allow critically endangered Southern Cape biodiversity to survive in an otherwise heavily farmed and developed landscape, and to allow for plant and animal migration along better-managed river and catchment systems. The programme is also aimed at assisting landowners in gaining a better understanding of the key role they have to play in ensuring the survival of Southern Cape biodiversity.”

A recent survey conducted by SCLI amongst participating landowners in the Great Brak, Knysna, Touw, Kaaimans and Goukamma rivers, yielded positive results in terms of work done on their land to clear and control invasive alien plants. The survey results indicate that landowners have spent significant amounts of money and resources from 2018 to date in order to clear their land where affected, and have in the process created several much-need job opportunities, despite trying circumstances to many.”

Concludes Meiring, “All participating landowners have been provided with Invasive Alien Plant Control Plans with set priorities, and in accordance with that they are now able to track progress made with clearing and eradication, and spatial data on the plans are annually updated in order to reflect progress made. Progress in terms of clearing varies greatly depending on many variables, but the rate of habitat destruction in the region is such that every hectare gained from invasive alien plants is one hectare more where indigenous vegetation and biodiversity can flourish.”

Photo: Knysna River mouth: The iconic Knysna River mouth where the 2017 wildfire jumped from the western to the eastern head to proceed on its path of destruction all the way to Robberg in Plettenberg Bay. (Photo: Cobus Meiring, SCLI)