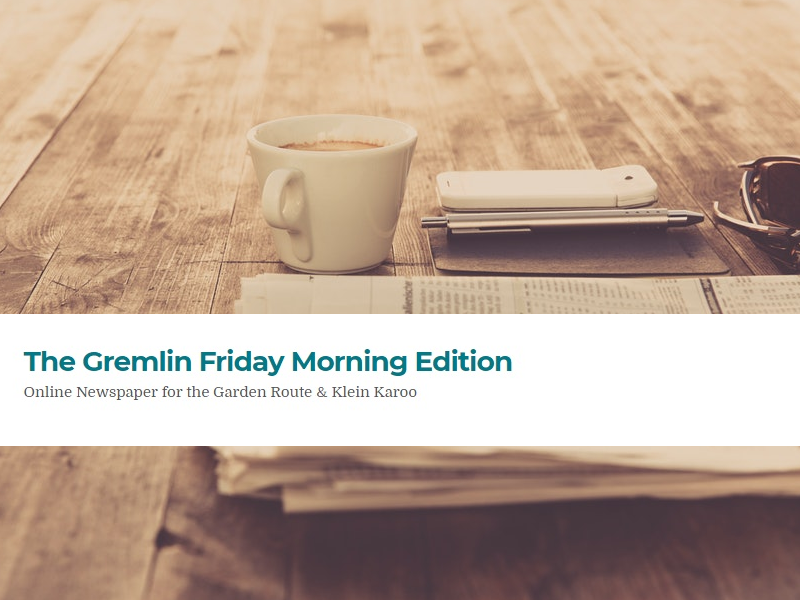 Congratulations to Fancourt!  Great news of another gas find off Mossel Bay.

All that matters now is the US elections, and Trump is killing it.  The economy has come roaring back.  Unemployment claims are lower than expected.  Over 30% of Blacks are voting for Trump (it was around 6% in 2016).  Biden is going down, and the Big Tech & the MSM have shown their true colours to the American people.  I’m working on an article on “How Trump won the hearts of Americans”.  He has created a seismic shift in US politics – and it has worked spectacularly.  Dr Fauci is still dreaming of masks – let it go already – you’ve made yourself irrelevant.

Seems the ANC is in no hurry to do these lifestyle audits – have to cover their tracks first.  Ramaphosa wants to take on the taxi industry – he had better be prepared for war.

COVID fears drive the JSE down – or is it just traders setting themselves up for a scoop again.  The SAA debacle continues as the ANC remains in lala-land.  The state wants to freeze public sector wages – they had better be prepared for war.

Chennai through to the playoffs.  All Blacks look to win in Australia.  The Aussies throw the youngsters in at the deep end.  Interim CSA Board to be announced on Friday – don’t be surprised to see Sam Ramsamy or a few of his minions in the mix.

Council amends water restrictions as the Raubenheimer dam rises to 78%

The United States economy posted a record-breaking rebound in the third quarter and has gone a long way toward recovering from the devastation reaped by the coronavirus-related shutdowns, according to new data released by the Commerce Department.

New claims for unemployment benefits fell to 751,000 in the week ended October 24, the Department of Labor said Thursday.

The allegations that former Vice President Joe Biden has spent years enriching himself through family ties, specifically his son Hunter and brother Jim, to the tune of millions of dollars in foreign money, especially from Ukraine, Russia, and China, are becoming increasingly credible as the days pass.

The daily Rasmussen Reports poll that tracks black support for President Donald Trump shows the president sitting at 31 percent as of Thursday, just five days before the election.

WATCH: Looter in Philadelphia Gets Looted by Other Looters

WorldStar Hip Hop posted a video of a man looting in Philadelphia this week — who was then promptly looted by other looters.

Dr. Fauci warns US may not return to ‘normalcy’ until 2022

The earliest doses of a COVID-19 vaccine will likely be rolled out for first responders in late December — but we’ll be stuck with mask wearing, social distancing, and tough restrictions on businesses, theaters and arenas throughout next year, Dr. Anthony Fauci warned Thursday.

Twitter reversed itself Thursday and unlocked the account of Homeland Security’s top border official 20 hours after censoring him for a post promoting the importance of border wall construction.

The consolidated health budget grows by just 2.9% over the medium-term expenditure framework, which is a cut in real terms

Cyril Ramaphosa calls for formalisation of the taxi industry October 29, 2020

The industry has been beset by violence, but the president says formalising it is a vital step towards it contributing to the tax revenue base

Public sector unions have cried foul over the government’s plan to freeze wages for three years and have vowed to fight back.

All Blacks out to snap Bledisloe drought in Australia October 29, 2020

New Zealand haven’t had to wrap up the Bledisloe Cup on Australian soil in 11 years and for coach Ian Foster that’s a massive motivation to snuff out Wallaby hopes.

Interim CSA board to be announced on Friday October 29, 2020

Following the resignation of the entire board of Cricket South Africa (CSA) earlier this week, Sports minister Nathi Mthethwa will on Friday announce an interim board to take the sport forward in the country.

Add a Little Energy and Glee to Your Look this Season

To gargle or not to gargle? What a question!

Too late to book your December holiday?

Freight and transport index returns its best quarter yet , but …

Pride Month: Ford focuses on diversity in the workplace

Avoid the pitfalls when buying property with family

Solid strategies to grow your wealth

Darwin’s theory applies to motor trade more than ever

Holidays are going to look a little different this year