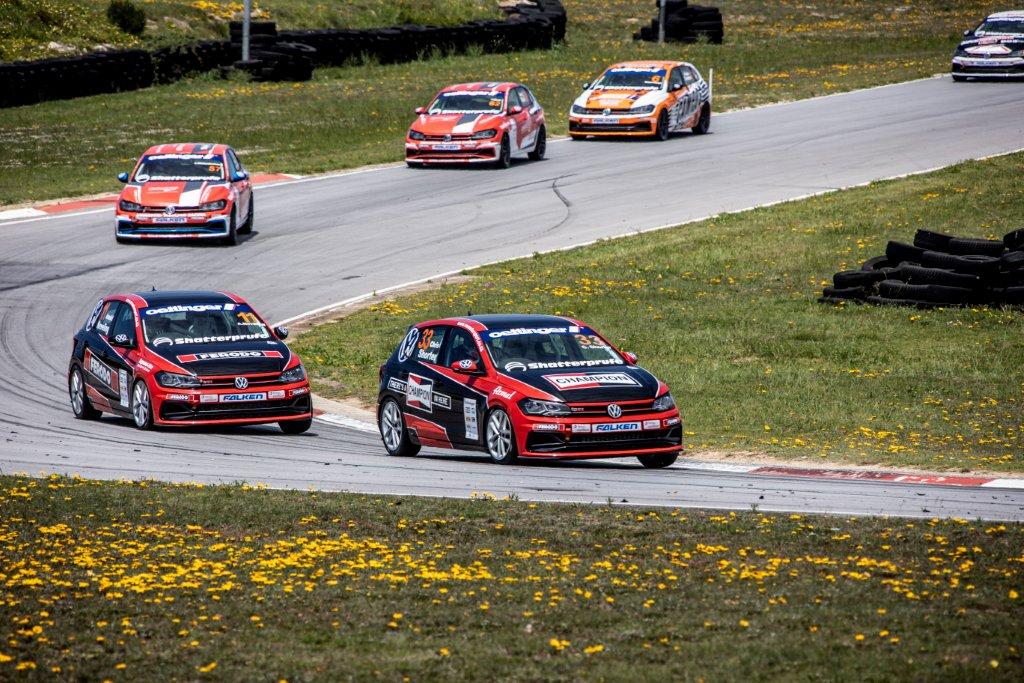 Brian Joss – The 2020 Oettinger Polo Cup reached the Eastern Cape for the first time this season after two rounds at Zwartkops and one at the Red Star Raceway, and although there weren’t any spectators, SA’s most competitive series once again lived up to expectations.

After a normal 10-lap race and a new format that saw the second race contested over a period of 40 minutes, it was Capetonian Dario Busi who walked away with one of the most coveted titles in South African Motorsport.

The Oettinger Polo Cup is renowned for developing young talent with many of its former stars and champions now competing successfully on the international stage. Although the 2020 season was shortened due to the worldwide pandemic, the series once again provided a platform for South Africa’s best young talents to display their skills. This was evident during all of the Friday’s practice sessions with a number of drivers near the top of the timesheets. Two such names were championship hopeful Clinton Bezuidenhout and 15-year old karter Leyton Fourie. It was the latter who managed to convert his pace into the all-important pole position during Saturday morning’s superpole qualifying session. It was a close affair with Bezuidenhout setting a time only 0.039 seconds slower than the youngster.

They were followed by the two Shorter brothers Matt and Chris with Arnold Neveling and JP van der Walt rounding out the top six.

When the lights turned green to signal the start of the first race, the young driver resisted immense pressure from the rest of the field to claim a flag to flag win. It was an impressive performance from the 15-year old in only his third ever Oettinger Polo Cup race meeting. Matt Shorter crossed the finish line just 0.6 seconds later with only another half a second separating him from his brother Chris who claimed the final step on the podium. The title fight however was between Bezuidenhout and Busi. The former gained some ground by finishing ahead of the latter, but the difference in points between Bezuidenhout’s fifth place and Busi’s seventh wasn’t enough to threaten the Capetonian’s overall lead.

The second race of the day featured a new format in which competitors had to battle it out for a full 40 minutes plus one lap. The race also included a compulsory drive-through the pitlane, almost mimicking a Formula 1 pitstop.

This time it was Chris Shorter who drove the perfect race to lead from start to finish over Arnold Neveling and Leyton Fourie. Shorter may have won the battle, but Busi’s fourth place finish was enough to earn him victory in the overall war. The Capetonian was ecstatic: “This was the hardest race of my life and to top it off with the championship is an absolute dream come true for me.”

“It was fantastic to be able to crown a champion in what was obviously a difficult year,” commented Mike Rowe, head of Volkswagen Motorsport. “But the series just proved once again how successful it is while providing so many young drivers with the opportunity to hone their skills and further develop their talents. Congratulations to Dario who won the title by being consistent in all the rounds and great to see a new race winner in the form of Leyton Fourie. We as Volkswagen certainly cannot wait for the 2021 season to get underway.”