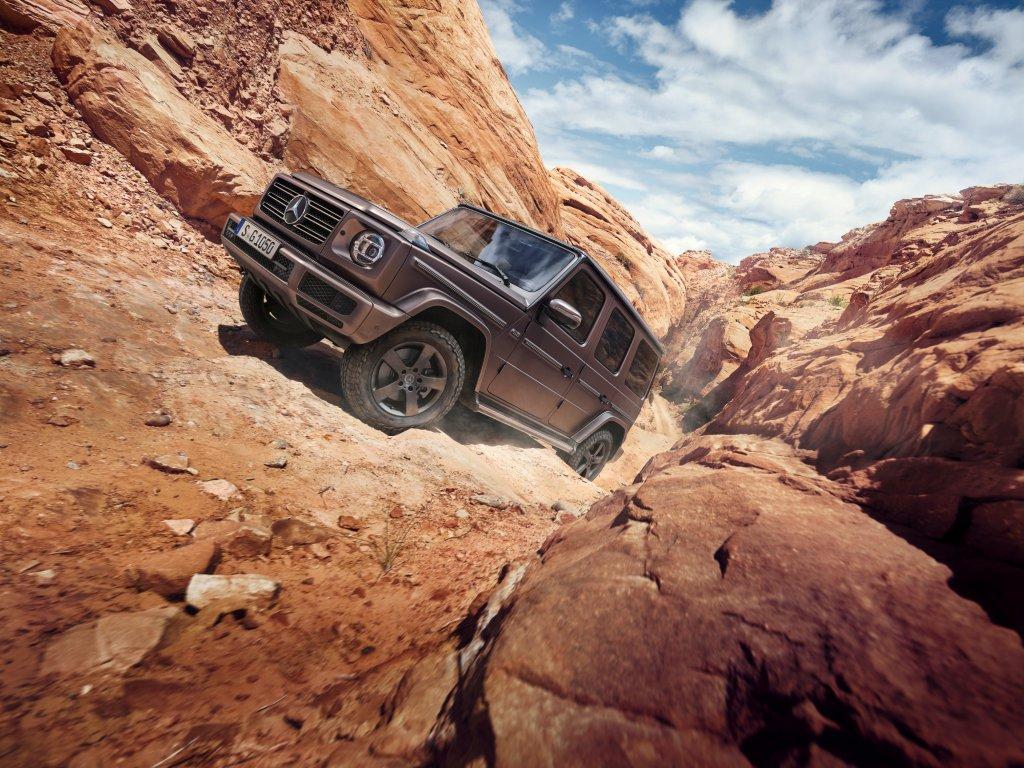 Brian Joss – It began in the early 1970s as a collaboration between the then Daimler-Benz AG and Steyr-Daimler-Puch in the Austrian city of Graz. 41 years later, the Mercedes-Benz G-Class has become the stuff of which automotive legends are made.

By far the longest-standing passenger car model series built by Mercedes-Benz, the G-Class is the forefather of all SUVs that carry the three-pointed star. It has become the standard against which others are measured in the off-road-vehicle segment: around 80 percent of all the G-Class vehicles ever produced are still in use, testament to its outstanding quality and durability.

At launch in the spring of 1979, the G-Class came with a choice of four engine variants, ranging from 53 kW to 115 kW. Customers had the option of a Cabriolet with a short wheelbase and Station Wagon models with a short or long wheelbase. In 1989 the vehicles of the model series 463 marked the beginning of an evolutionary process for the off-roader, and since 1993, the model has borne the name G-Class.

The off-roader has shown its versatility in numerous special-purpose versions with the police, fire and rescue services around the world. It is also known the world over as the ‘Popemobile’, with Pope John Paul using a 230 G, painted in mother of pearl with a transparent special body, on numerous trips from 1980.

To mark its 40 th anniversary in 2019, Mercedes-Benz had unveiled a range of highlights for G-Class fans, starting with the special STRONGER THAN TIME model – including the exclusive G 400 d, J40 Edition offering the most powerful expansion stage of the efficient inline six-cylinder diesel engine yet.

“Forty-one years ago, the combination of on- and off-road properties was a revolutionary concept. The current G-Class continues this tradition, and forms the basis for its status as an automotive icon,” said Johannes Fritz, Co-CEO Mercedes-Benz South Africa and Executive Director for Mercedes-Benz Cars South Africa. “We are celebrating this milestone with several highlights for our customers and fans. I am convinced that, for the G-Class, it is just the beginning.”

The three Stronger Than Time  Editions marked the anniversary year as a real birthday treat.

The G 400d come in AMG Line guise, with flared wheel arches over black 20- inch AMG multi-spoke light-alloy wheels, AMG design elements in the bumpers and an exterior protective strip, brake callipers with Mercedes-Benz lettering and, The standard-fit Night Package gives the special model darkened lights as well as outside mirrors, a spare wheel ring and design elements in the bumpers in obsidian black and tinted rear windows.

Painstaking attention to detail is showcased at night: the surround lamp projects the G logo and the lettering ‘STRONGER THAN TIME’ onto the road.

The Mercedes-Benz Editions are available in two looks: traditionalists will be delighted by a variant whose interior is characterised by black nappa leather with golden topstitching as well as trim elements in open-pore black ash. There are several paint and interior options available to those wanting a particularly exclusive G-Class.

The new individualisation range G manufaktur offers scope for even more exclusivity, with customers able to design their own personal G. With around a million combination options, G-Class vehicles could theoretically be produced for several decades in Graz without any two of them being identical in the vehicle colour.

Sporting a 5.5-litre eight-cylinder naturally aspirated engine with three-valve technology, it achieves 260 kW and is limited to a maximum speed of 210 km/h; and. 2019;  the G-Class turns 40, and the AMG variant celebrates its 20th birthday. Mercedes celebrates its off-road icon with three special models. Thanks to the new individualisation range G manufaktur, customers can turn the G-Class into their own personal G.