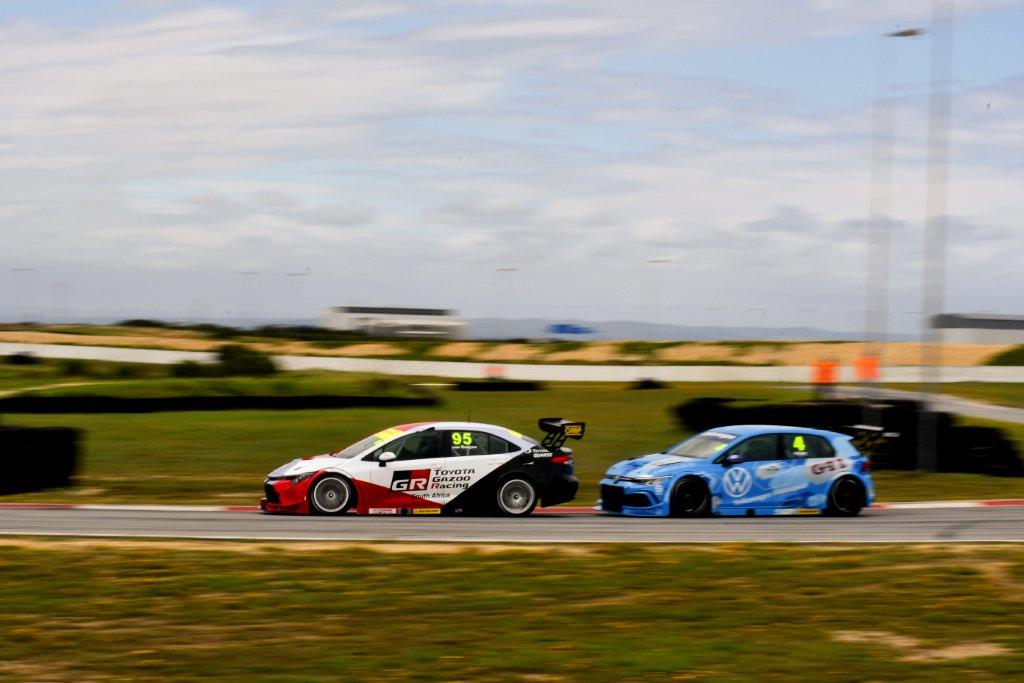 Brian Joss – Round 2 of the 2020 GTC championship, shortened due to the ongoing COVID-19 pandemic, brought a tough challenge for Toyota Gazoo Racing SA’s Michael van Rooyen (#95) and Mandla Mdakane (#21).

The two GTC Toyota Corolla drivers found themselves on the back foot throughout the weekend, due to various challenges they encountered.

The pre-race practice sessions were promising, with Van Rooyen just two tenths off the early pace set by the two factory VW Golfs. Qualifying, however, brought disappointment, as Van Rooyen managed only the 6th-fastest time. Mdakane, in the sister-Corolla, was 5th.

The first of three races at the challenging Aldo Scribante Raceway brought more woes for the TGRSA drivers, as they both struggled with wiring problems, resulting in misfires during the race. They recorded a 5th place (Mdakane) and a 6th for Van Rooyen.

Race 2 brought a better start for Van Rooyen, who leap-frogged from 5th on the grid to third place – a position he retained until two laps from the finish, when a broken sensor wire forced him to retire from the race. An electrical issue also plagued Mdakane, who coasted over the finish line in 8th place, after his car’s engine cut out in the final turn.

The final race of the day saw Mdakane remain in the pit box, as the electrical gremlins precluded him from starting the race. Van Rooyen got off the line in fine form, but a tangle with one of the VW Golfs in turn 2 saw the Rustenburg Rocket forced to retire his Corolla for the second consecutive race.

“It was a very disappointing weekend for us,” said the businessman after the event. “We came here with high hopes, as both Mandla and I enjoy racing at Aldo Scribante. But then things just didn’t fall into place, and we faced many challenges. But that’s how it goes in racing sometimes, and we’ll make sure to be in good shape for the upcoming races.”

Next up on the calendar is the final round for the 2020 season, which takes place at Zwartkops Raceway in Gauteng next weekend. The challenge of relocating the cars and equipment from Port Elizabeth and getting everything ready for a race just a few days later cannot be underestimated. But the TGRSA cars are based at Zwartkops, which may just play a key role in the outcome of next weekend’s race meeting.