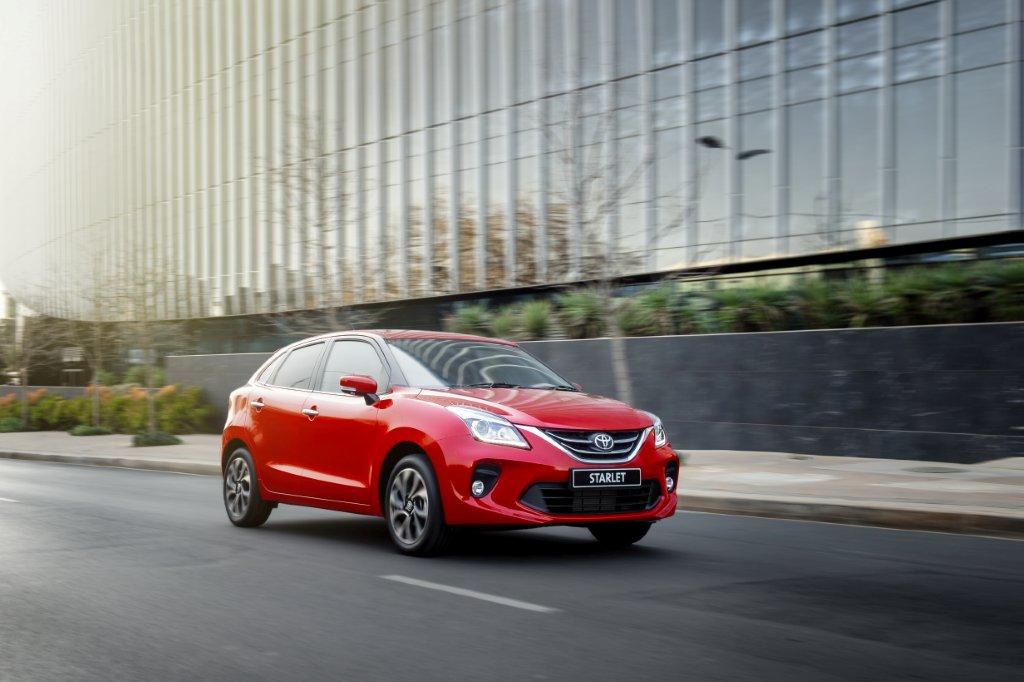 Brian Joss – The introduction of Toyota Starlet to the South African market has already shaken things up in the local passenger segment.

Recently launched towards the end of September, Starlet has made an impressive debut with a total of 1 102 units sold in its first full month of retail in October. This has also helped Toyota South Africa Motors (TSAM) to register its highest passenger sales total of 2020 with 5 755 units – toppling the 4 610 total recorded in February.

TSAM’s passenger figures were also propped up by the outstanding sales run of Fortuner (1 349), Corolla family of cars (1 024) – including Quest, Corolla Hatch and Sedan – as well as the outgoing Etios (826). The Land Cruiser family of vehicles – though not only limited to passenger cars – recorded a total of 546 hi-riders last month. These included 137 Prado, 55 Land Cruiser 200, ten FJ Cruiser, eight Land Cruiser Station Wagon as well as 336 Land Cruiser Pick-up models. Not to be left out, another South African favourite RAV4 sold no less than 452 units while other SUVs from Toyota’s luxury arm, Lexus, also fared well with NX (14) and LX (12) and RX (11).

According to Senior Vice President of Sales and Marketing at TSAM, Leon Theron: “The recent launch of the Starlet is part of TSAM’s strategy to bolster our sales in the passenger car segment. We hope that the Starlet will be an appealing offering to young people and rental companies alike – due to its competitive pricing as well as its visually enticing aesthetics.

“It is no secret that the new vehicle market is going to remain low for the remainder of the year due to the impact of COVID-19, but that does not stop us from celebrating pockets of success whenever we can. It is in that spirit that we are thanking our customers for the 127 404 Toyota, Hino and Lexus models that were serviced at our dealer service centres last month. We are also proud that we supplied no less than 1, 389 million part pieces to our domestic dealer, while a further 288 818 pieces were shipped outside of the country.”

While still maintaining a commendable market share of 32.5%, Toyota’s Light Commercial Vehicle (LCV) sales were hampered by unforeseeable delays in the local production cycle of the Hilux. With 1 390 Hilux models finding new homes and 1 235 Hiace taxis finding new owners, Toyota was still able to finish top of the local LCV charts with 3 137 units sold in October. It was also a good month for the Toyota truck division, with the Hino 300 Series posting 141 sales (22% of the Medium Commercial Vehicle share) while the Hino 500 Series sold 92 units (19% of the Heavy Commercial Vehicle share).

Reflecting on the new vehicle sales for the month of October 2020, the National Association of Automobile Manufacturers of South Africa (NAAMSA), confirmed that the downward trajectory continued – albeit at a slower pace – with aggregate domestic sales at 38 752 units showing a decline of 13 216 units, or 25.4% from the 51 968 vehicles sold in October last year. NAAMSA also noted that the new passenger car market at 26 793 units had registered a decline of 9 106 cars or a fall of 25.4% compared to the 35 899 new cars sold in October last year.

“Despite shrinking disposable income and volatile trading conditions, we are still pleased with Toyota’s performance year-to-date. All credit has to go our dealer network, our loyal customer base, sales and marketing, manufacturing, parts’ warehouse and suppliers for their continued efforts to make ours a success story in SA. We also appreciate sterling efforts of our fleet owners and car rental companies for their continued support and loyalty,” concludes Theron.