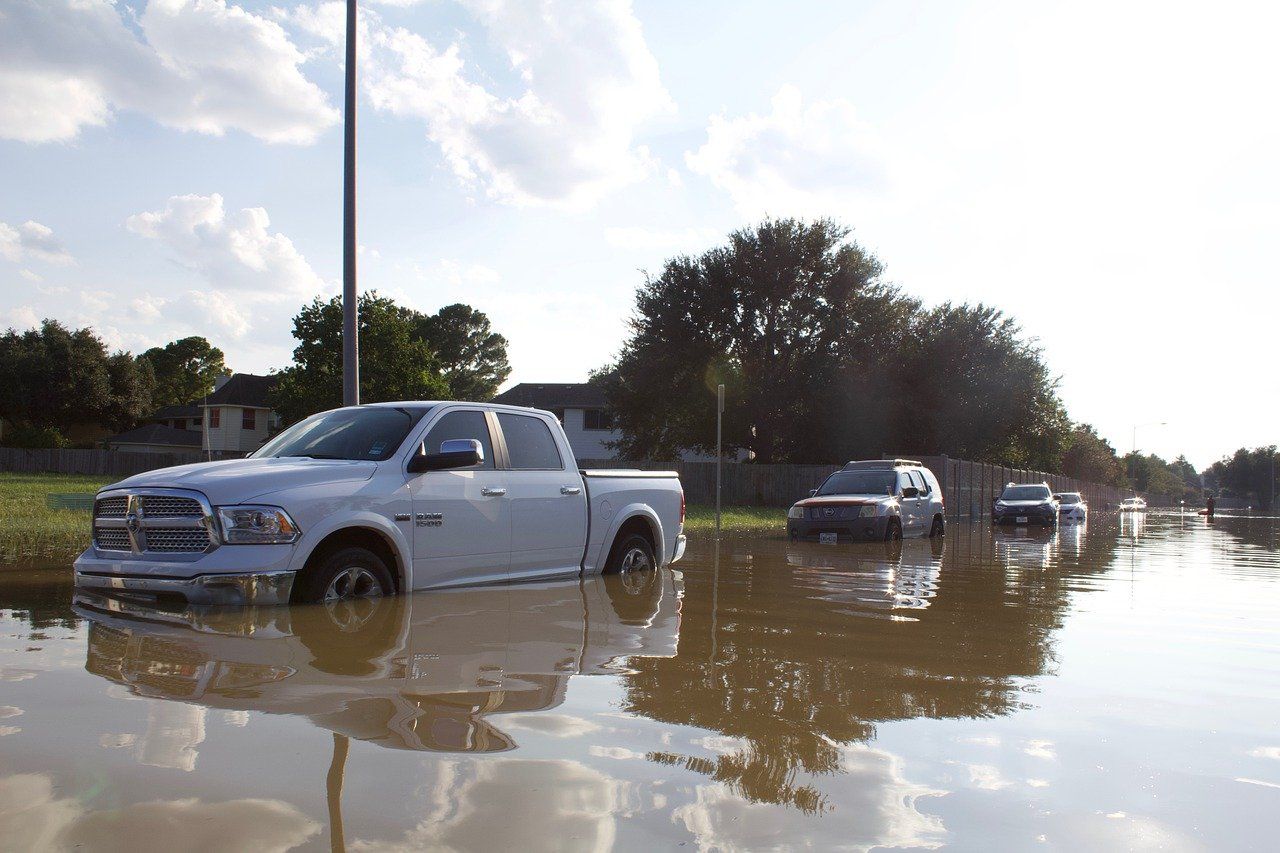 In 2005, Hurricane Katrina devastated Louisiana and Mississippi, killing over 1,800 people and causing $81 billion in property damage.

The Insurance Information Institute estimated that approximately 500,000 cars were damaged in the hurricane. More recently, Hurricane Irene caused massive flooding along the East Coast of the United States, with property damage expected to reach $6.6 billion. Whenever a community is affected by a flood, many cars are damaged beyond repair. These cars are supposed to be written off as totaled and then demolished. But some flood-damaged vehicles make their way to unscrupulous used car dealers, who buy them for next to nothing. The dealers clean them up, hide any evidence of flood damage, and then put the cars out on their lot.

Used cars offered for sale that have been damaged by floods may not show any external signs of water damage. The car may drive well – at least for a while. The unwitting buyer of one of these cars won’t have any idea that while they’re driving their car back and forth to work, corrosion is spreading inside the car’s important parts. When the damage becomes evident, the repairs usually aren’t cheap. The Robs way website reminds that restoration of a flood-damaged car can be as extensive and expensive as restoring a classic. In addition to a hefty car repair bill, the buyer may face the prospect of unknowingly driving an unsafe car that may put him and others in danger of injury or death.

Shortly after Hurricane Katrina, the National Insurance Crime Bureau (NICB), a non-profit organization dedicated to fighting insurance fraud and crime, created a national database to assist law enforcement groups and insurance companies identify and catalogue vehicles damaged by the flooding. The ultimate goal was to prevent these vehicles from being fraudulently resold to unsuspecting car buyers. “By creating a registry of damaged vehicles that consumers can access when purchasing a used car, the potential for this type of fraud can be greatly reduced,” said Robert M. Bryant, NICB president and CEO.

“To avoid inadvertently purchasing a flood-damaged car, it is important that you only buy a used car from a reputable dealer, have a certified mechanic look for flood damage and check the car’s VIN number,” said Jeanne M. Salvatore, senior vice president and consumer spokesperson for the Insurance Information Institute. To help consumers and dealers identify vehicles that have sustained flood damage, as well as vehicles that have been damaged in accidents or stolen, there is many VIN decoding website, find the best one at bestvindecoder.com and decode any car’s vehicle identification number (VIN) to learn about the car’s history