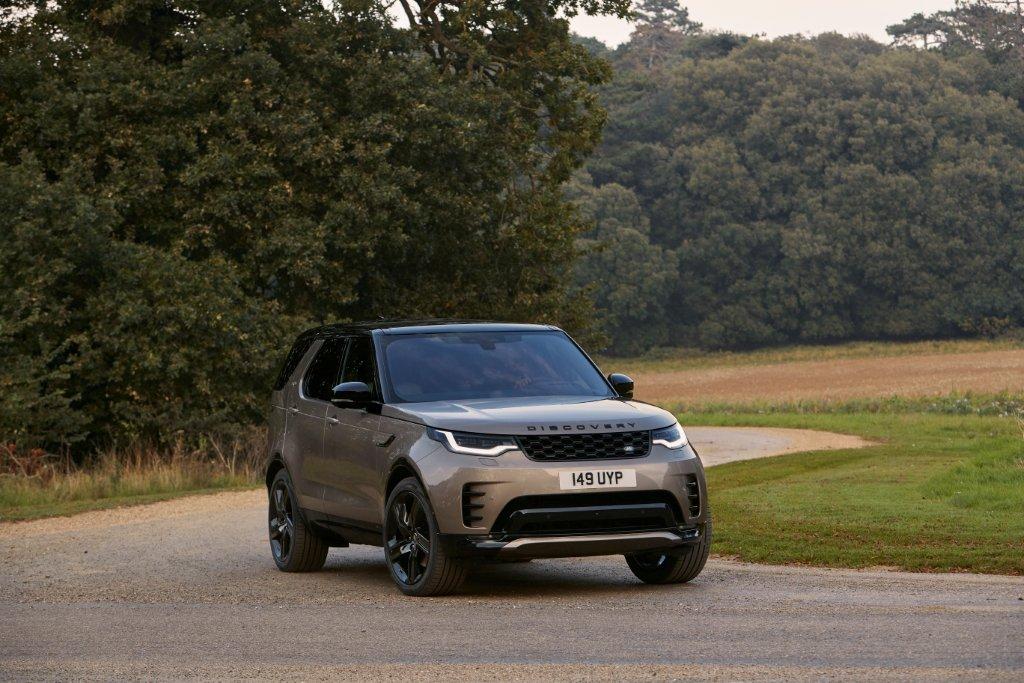 Brian Joss – New Discovery combines an exceptional design evolution with a versatile and intelligently packaged interior which embodies the spirit of family adventure that has characterised Land Rover’s premium family SUV for more than 30 years.

Featuring the latest generation of powerful and efficient six-cylinder Ingenium petrol and diesel engines, advanced Pivi Pro infotainment and superior comfort and practicality, New Discovery remains one of the most capable, connected and versatile full seven-seat premium SUVs in the world.

A revised front bumper features a wider body-coloured graphic and new side vents combine for a more purposeful and dynamic appearance. At the rear, New Discovery features new signature LED lights, which are joined across the back of vehicle by a new Gloss Black panel. Following Land Rover’s reductive design philosophy, this panel incorporates the trademark Discovery script, providing a cleaner rear graphic.

The new R-Dynamic model brings a more assertive character and purposeful stance with a series of unique design elements, including purposeful Gloss Black and Shadow Atlas exterior accents on the outside and two-tone leather and contrast seat stitching on the inside.

Inside, the SUV benefits from enhancements designed to highlight the premium position and craftsmanship of its full-size seven-seat layout, with a spacious cabin incorporating Land Rover’s cutting edge Pivi Pro infotainment. A completely redesigned centre console houses its 48% larger 11.4-inch, full HD touchscreen, which provides a fast and intuitive interface.

With a simplified menu structure and pioneering design, Pivi Pro provides immediate responses – even when starting the vehicle for the first time. Its built-in back-up battery means navigation initialisation takes just seconds, while the logical menus allow the most commonly used functions to be accessed directly from the customisable home screen, to reduce driver distraction.

Connectivity is provided by dual-sim technology, with two LTE modems enabling the system to carry out multiple functions at the same time – such as streaming media and downloading Software-Over-The-Air (SOTA) updates – without compromising performance. Land Rover’s SOTA technology allows owners to update as many as 44 individual electronic modules, without the inconvenience of visiting a retailer.

In combination with the 12.3-inch Interactive Driver Display, New Discovery provides high-definition 3D mapping within the instrumentation, leaving the central touchscreen free to control other applications. The high-resolution digital instruments can be configured to show a pair of conventional dials, full-screen 3D navigation guidance or a combination of the two, allowing drivers to customise the view to suit their preference.

Comfort and convenience are further enhanced by the introduction of Land Rover’s Click and Go tablet holders, incorporated into the front seatbacks.

The easy-to-use system also includes USB-A charging sockets that are perfectly located to minimise trailing wires. Using the onboard 4G Wi-Fi hotspot, which is capable of linking up to eight devices, rear passengers can be entertained on even the longest journeys.

First-rate family versatility is a hallmark of the Discovery SUV family and the spacious and intelligent New Discovery is no exception. Its optional hands-free Gesture Tailgate* can detect the wave of a foot beneath the rear bumper to open the boot while the Powered Inner Tailgate restrains loose items in the huge 2,485-litre loadspace (5 seats) and doubles as a handy bench. Even with seven seats in use, the boot provides 258 litres of luggage space and all occupants have somewhere to charge electronic devices.

Inside, Intelligent Seat Fold technology allows customers to effortlessly configure the seating layout using the central touchscreen, while Remote app technology lets customers keep tabs on the fuel status and location of their vehicle and even unlock and lock the doors.

In the back, the second-row seats have been carefully redesigned for enhanced comfort. Improved lateral support, longer thicker cushions and careful seat profiling all contribute to greater under-thigh support and improved posture for occupants. Comfort is further improved by the relocation of the second row air-vents from the B-pillars to the centre console, providing increased airflow to second-row passengers who have their own hidden-until-lit ventilation controls and power supplies.

Land Rover’s new second-generation Activity Key is also available. It features touchscreen controls, a digital watch and can lock, unlock and start the vehicle as an addition to the conventional fob.