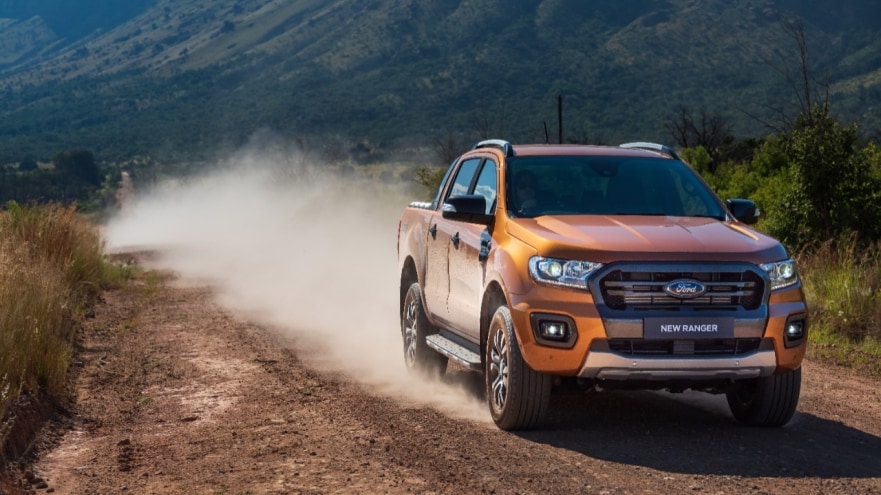 Brian Joss – South Africa’s important built-up vehicle export programme is under threat from two major fronts. This is one of the strong messages that came out of Messe Frankfurt SA’s recent Hypermobility virtual conference and it was mentioned by several speakers at this annual conference.

The first speaker to highlight the threat to South Africa’s vehicle exports was Neale Hill, the Managing Director of the Ford Motor Company of Southern and Sub-Saharan Africa and Vice President of naamsa.

Hill said the immediate threat was the second wave of the virus which had resulted in further lockdowns in several European countries. Hill said that last year’s record vehicle exports of 387 125 units to 151 countries in the world accounted for 64% of South Africa’s vehicle production of 632 000 units and 74% of these exports went to European countries.

This is where the first problem lies for SA vehicle exporters. Not only have these countries been hit by the pandemic, but the United Kingdom also faces the tough challenges of Brexit, which will see the UK leave the European Union at the end of December, while there are ongoing shifts in global trade patterns as well as a move towards regionalisation.

Hill said that the latest estimate for the future of SA’s vehicle exports was a drop of almost 40% in 2021, compared to 2019, with forecasts for a full recovery to 2019 levels varying between two and five years.

This is a sad picture when one considers that automotive exports from SA in 2019 were at a new high and 10.2% above the 2018 figure. The automotive industry was the fifth largest exporting sector in the South African economy last year, contributing 6.4% to the nation’s Gross Domestic Product (GDP).

So far there have been no announcements of specific stimulus packages for the local automotive industry. In fact, Hill said that an international survey had shown only six countries had, so far, provided specific help to their motor industries to alleviate some of the effects of COVID-19.

The second threat to the local manufacturing industry is the swing to electric vehicles and upcoming bans on the sale of cars and vans with internal combustion engines (ICE) in many European countries.

The United Kingdom, a major destination for SA vehicle exports, has just seen the ban on the sale of cars and vans with ICE brought forward by five years from 2035 to 2030. The ban on petrol-electric hybrids will remain at 2035. This kind of decision could have a big impact on the SA automotive industry if it is unable to replace ICE vehicles with electric vehicles for the export markets.

Mikel Mabasa, the CEO of naamsa, speaking at Hypermobility on the subject of the naamsa roadmap for the future, said the organisation’s major thrust going forward was to ensure the production of EVs came to South Africa so local manufacturers could continue to service their export customers.

The naamsa CEO stressed that a healthy and growing domestic EV market would be required to make local EV manufacture viable for the OEMs. To this end naamsa is making a proposal to the government that import duty on vehicles with engines larger than 1 000 cm3 be increased to a starting point of 18%, while import duty on EVs after the three-year no duty period be set at 18% instead of the current 25%.

In addition, there is a plea to government to exclude the cost of EV battery packs from ad valorem duty while the OEMs are also looking for further financial support from the various assistance programmes such as the Automotive Investment Scheme (AIS), Volume Assembly Localisation allowance (VAI) and Production Incentive (PI).

This is certainly a burning topic for the local motor industry and its importance and the need for a quick resolution was highlighted at Hypermobility 2020.