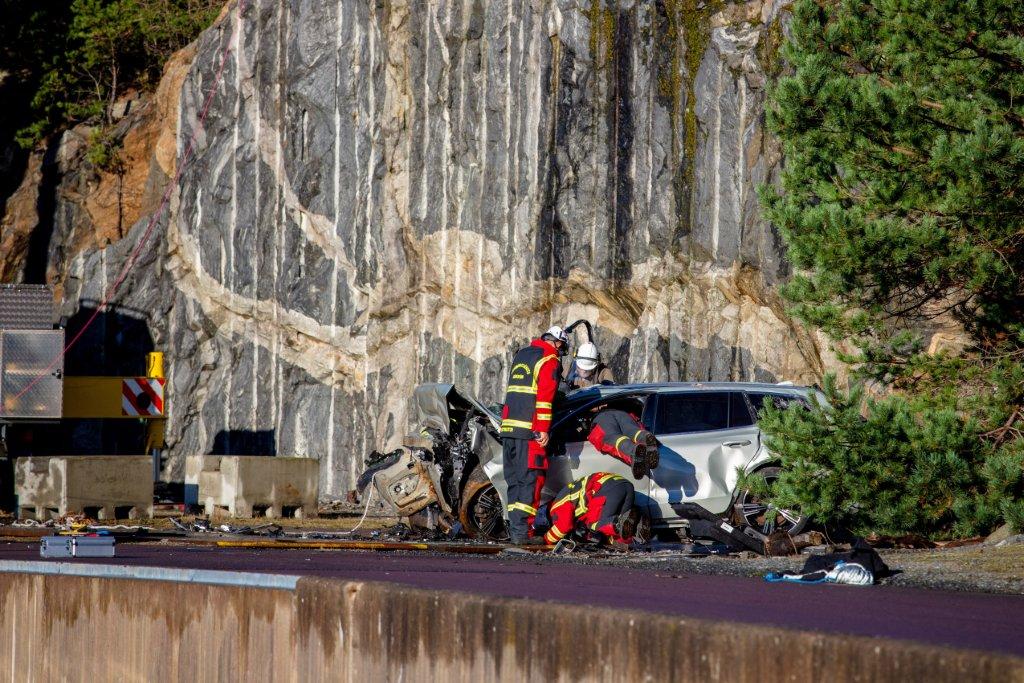 Brian Joss – It is the most extreme crash test ever executed by Volvo Cars, and a crucial one. Extrication specialists often use cars crashed at the Volvo Cars Safety Centre to hone their life-saving skills.

To allow rescue services to prepare for any possible crash scenario and to simulate the forces that erupt in the most extreme crashes, beyond what can be simulated with ordinary crash testing, Volvo Cars recently took equally extreme measures. For the first time, it dropped several new Volvos multiple times from a crane, from a height of 30 metres.

In such situations, people inside the car are likely to be in a critical condition. Therefore the priority is to get people out of the car and to a hospital as quickly as possible, using hydraulic rescue tools known in the industry as ‘jaws of life’. Extrication specialists often talk about the golden hour: they need to release and get a patient to the hospital within one hour after the accident has happened.

“We have been working closely together with the Swedish rescue services for many years,” says Håkan Gustafson, a senior investigator with the Volvo Cars Traffic Accident Research Team. “That is because we have the same goal: to have safer roads for all. We hope no one ever needs to experience the most severe accidents, but not all accidents can be avoided. So it is vital there are methods to help save lives when the most severe accidents do happen.”

All findings from the crashes and the resulting extrication work will be collected in an extensive research report. This report will be made available free of use to rescue workers elsewhere, allowing them to benefit from the findings and further develop their life-saving capabilities.

Usually, rescue workers get their training vehicles from scrapyards. But these cars are often up to two decades old. And in terms of steel strength, safety cage construction and overall durability, there is a vast difference between modern cars and those built fifteen to twenty years ago. And new Volvos are made of some of the hardest steel found in modern cars.

This makes it crucial for rescue workers to constantly update their familiarity with newer car models and review their processes, in order to develop new extrication techniques. In other words, these training sessions can mean the difference between life and death. So at the request of the rescue services, Volvo Cars decided to step things up a notch.

“Normally we only crash cars in the laboratory, but this was the first time we dropped them from a crane,” says Håkan Gustafson. “We knew we would see extreme deformations after the test, and we did this to give the rescue team a real challenge to work with.”

A total of ten Volvos, of different models, were dropped from the crane several times. Before the drop, Volvo Cars safety engineers made exact calculations about how much pressure and force each car needed to be exposed to, in order to reach the desired level of damage.