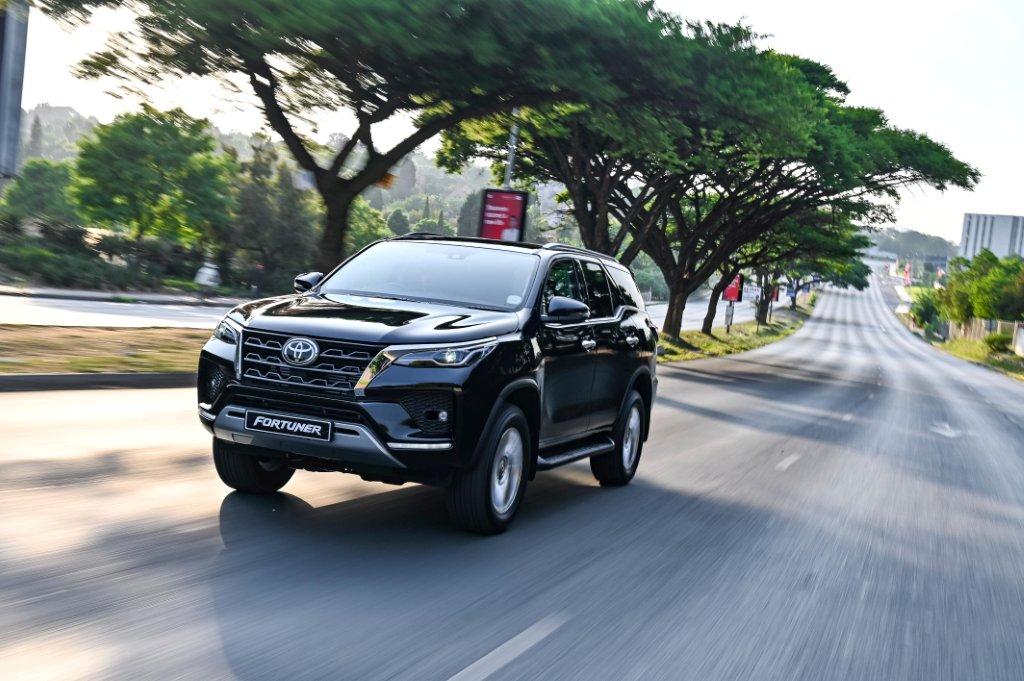 The Fortuner, which has just been refreshed, has been a firm favourite in SA since its introduction to South Africa in 2006. However, the country’s favourite bakkie – the Hilux – posted almost double that of the Fortuner figures with 2 913 vehicles sold in November, thereby claiming the spot for the best-selling model in the country last month.

Reflecting on the November sales, the National Association of Automobile Manufacturers of South Africa (Naamsa) says although the gradual monthly gains in sales growth by volume in the new vehicle market continued, the year-to-date situation remained depressed. Aggregate domestic sales at 39 315 units reflected a decline of 5 355 units, or 12%, from the 44 670 vehicles sold in November last year.

However, sales for Toyota South Africa Motors (TSAM) at 9 441 posted a marginal increase of 1.3% (117 units) when compared to the corresponding month in 2019. TSAM’s sales also translated to a market share of 24%. The company’s Light Commercial Vehicles (LCV) segment continued its strong run – posting 4 782 units (42.5% market share). Other than Hilux, the other consistent leader in the LCV segment, Hiace, sold no less than 1 439 units in November.

With 4 470 units sold in November, TSAM’s passenger sales accounted for 17.4% of the local industry market share. In addition to the Fortuner’s stellar performance in the category, the Starlet posted 947 units, while the Etios and RAV4 posted 382 and 308 units apiece. It was also a good month for Toyota’s luxury arm, Lexus – courtesy of the NX (14), UX (11) and LX (11).

On the truck front, the Hino 300 Series recorded 69 sales – assisting TSAM to a 13.9% stake in the Medium Commercial Vehicle segment. In the Heavy Commercial Vehicle category, the Hino 500 Series helped Toyota to clinch a total of 92 units in the segment. TSAM is also proud that its Parts’ Supply business distributed no less than 1. 379 million items to domestic dealers, while a further 311 372 pieces were shipped outside of the country.

According to Senior Vice President of Sales and Marketing at TSAM, Leon Theron: “The retail conditions remain tough while consumer sentiment has continued to be cautious and conservative due to the effects of the Coronavirus. However, there are signs of resilience which could be attributed to a couple of positive factors such as the interest rate which remained unchanged, as well as the welcome relief of the lower fuel price.

“Industry figures for this year may not be confidence-inspiring and the market remains challenging for both customers and manufacturers alike. Even so, such challenges inspire our sales team and our dealers to focus on the one thing that will definitely make a difference – delivering the best possible experience to every customer.”