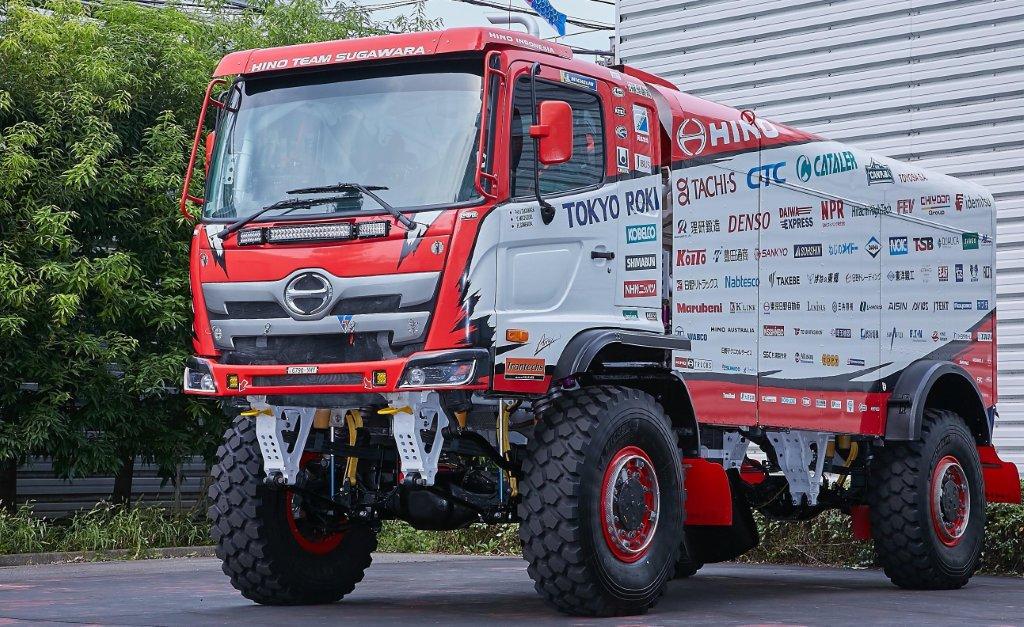 Brian Joss – Hino will be involved in yet another David vs Goliath battle in the 2021 Dakar Rally, which starts in Jeddah, Saudi Arabia, on January 2.

The four-wheel drive Hino 500 is one of the few competing trucks in a field of 42 with an engine capacity of less than 10 litres. However, despite the smaller engine and less power the Hino has delivered amazing reliability over the years.

Hino, Japan’s leading truck manufacturer, has entered only one truck in the 2021 Dakar Rally, which is the 43rd in the series and will take place in Saudi Arabia for the second time. This will be the 29th consecutive year that Hino has entered the Dakar and it still remains the only Japanese truck in the field for this gruelling test of man and machine. A Hino has finished in the top 10 on 25 occasions, including finishing 1,2,3 in the 1997 event.

Hino will once again be aiming for an 12th successive win in the class for trucks with engines of less than 10-litres capacity as well as high overall finishing positions. In addition, there is huge pressure on the team to finish the event, as there has been at least one Hino truck at the finish in every Dakar which Hino has contested in the past.

The Hino will once again be driven by highly experienced Teruhito Sugawara.

He will be accompanied by Hirokazu Somemiya and Yuji Mochizuki. This is the same team that competed in the 2020 Dakar where they finished 10th overall out of an initial field of 47 trucks.

Teruhito Sugawara has now competed in 21 Dakar Rallies and has only finished out of the top 15 overall twice in the 16 years that he has been a driver, after navigating for his father previously.

Next year’s Dakar has attracted a total field of 555 competitors competing in 321 vehicles, despite the global pandemic and competition will be as tough as ever over a route where all the special timed stages will be new.

The total route, which starts and finishes in Jeddah will cover 7 646 km with 4 767 km being timed special stages. The event will finish on January 15 with a rest day in Ha’il on January 9.

Top speeds have been limited to 180 km/h this year on the grounds of safety.

CAPTION:  The Hino: a David with Goliath capabilities. Picture: Motorpress