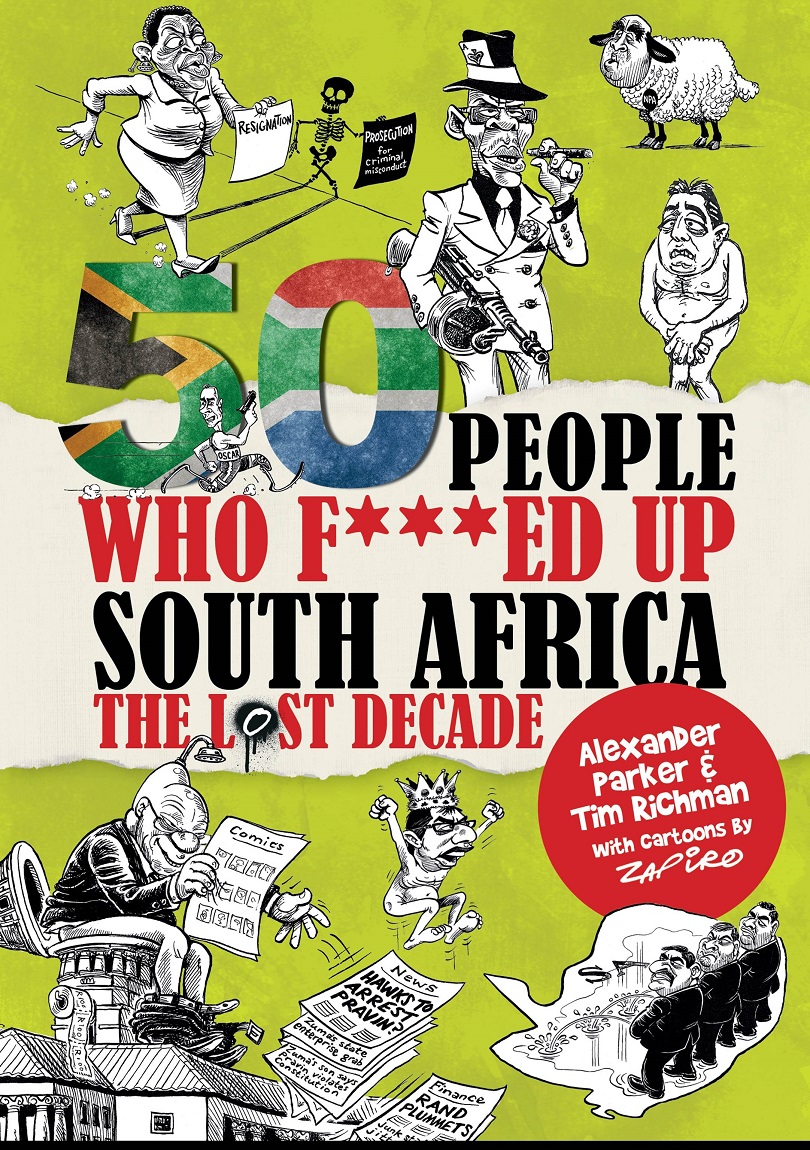 What do Shaun Abrahams, Adam Catzavelos, Adri Senekal de Wet, Julius Malema, Victoria Geoghegan and  Jack Dorsey have in common: they are listed among the 50 People Who F***ed Up South Africa. However, Geoghegan and Dorsey have cemented their place in the rogue’s gallery as they were also named in 50 People Who Stuffed Up The World, the first book in the best-selling franchise (The Gremlin, January 11 2018). In 2018 Dorsey, the inventor of Twitter, was fingered as the harbinger of the end of social discourse, and in the third book, he has been singled out for scorn because he created a digital drug where rational debate goes to die. Twitter hasn’t turned out to be such a fun thing after all. Geoghegan was the mind polluter and the poster girl for public relations consultancy, Bell Pottinger, who made White Monopoly Capital a swear word and single-handedly almost started a race war in South Africa. There are, the authors say, hundreds like her, but she is the only one who ignored every single moral fibre in her body to do fwhatever her godawful clients, the Guptas, wanted, even if it meant gilding the turd they dumped on South Africa.

Shaun Abrahams, the National Director of Public Prosecutions, was President Jacob Zuma’s stooge. In short Abrahams was a sheep in wolf’s clothing and watched as the country was being looted by the Guptas under the guiding hand of Zuma.

Adri Senekal de Wet is a reporter posing as the executive editor of Business Report, a supplement that appears in some of the Independent Media Group titles which include the Star, the Cape Times and the Argus. She doesn’t have an ounce of integrity, say the authors. She penned an open letter to Iqbal  Surve, the owner of Independent, who is also listed as one of the 50. Her grovelling letter appeared after  investigative journalist Sam Sole laid bare Surve’s efforts to attract investors to his Sagarmatha Technologies which De Wet touted as an African Unicorn which was nothing of the kind. Surve gets stick because of his claims to being Mandela’s personal friend, Mandela’s personal doctor and Bafana Bafana’s mind doctor, without providing a shred of evidence. But most of all for Surve’s role in bringing a once great publishing house almost to its knees in the name of transformation.

Others who get a mention are Des van Rooyen, the finance minister who will forever be known as the “Weekend Special”. One name that won’t be instantly recognisable is Guang Jiang Guang, massage parlour owner and rhino horn trafficker whose pal was David Mahlobo, the minister of state security in Zuma’s cabinet, who was responsible for jamming signals at the State of the Nation Address.

Other names on the list are Gwede Mantashe and Jesse Duarte who served as the face of the ANC through thick and thin, right or wrong, as the Secretary General, known as Zuma’s enforcer and Duarte, the deputy, known as the enforcer’s enforcer. There are the other reasons too. One is that Duarte and Mantashe spearheaded a move to force the banks to keep the Gupta accounts open.

Carl Niehaus, Floyd Shivambu, Edwin Soli, Jacob Zuma, Fikile Mbalula and Oscar Pistorius are in good company. What is it they say about birds of a feather?

There is one thread that is common to almost everyone on the list and that is the whiff of corruption which clings like a miasma off a stinking marsh.

50 People Who F***ed Up South Africa will make you laugh or tear your hair out in despair. But one thing is sure, it will keep you entertained. Zapiro’s pointed cartoons give it an edgier feel.