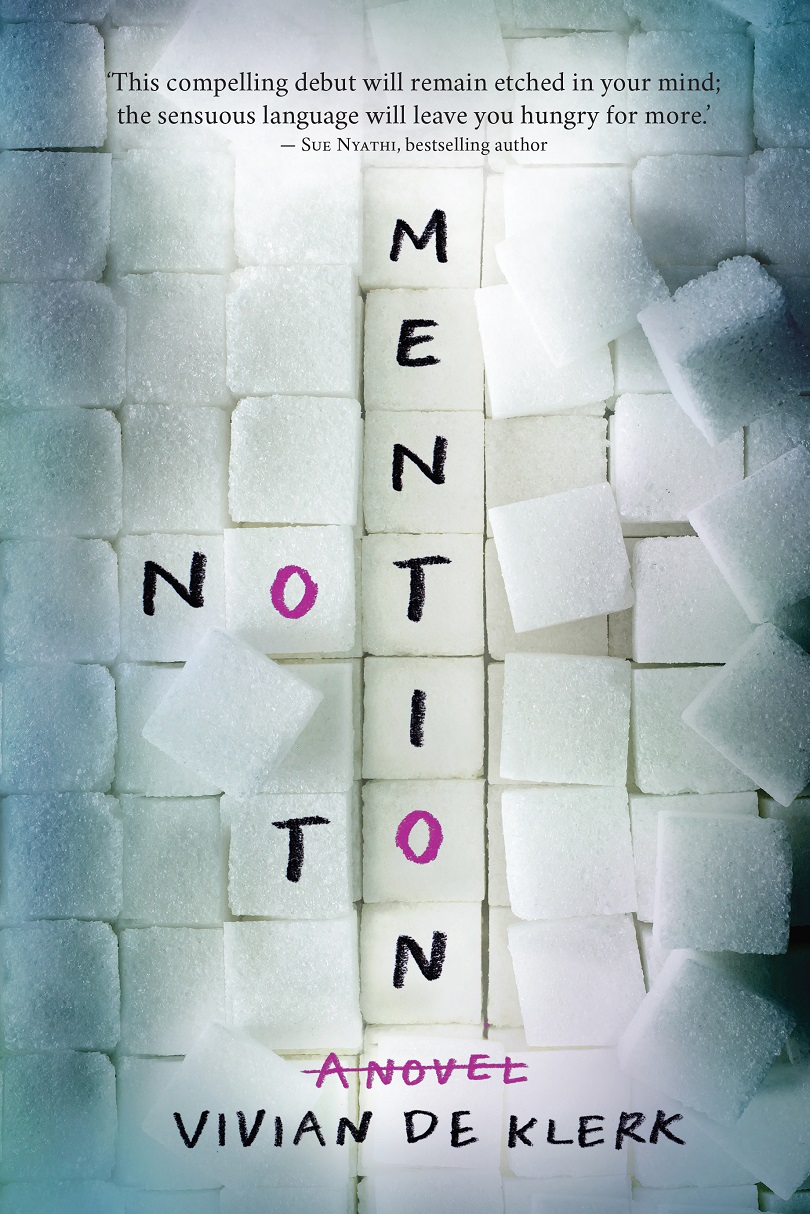 Not To Mention is an intelligent thriller literally dotted with clues which go up, down and across that you are compelled to follow if you want to uncover some hidden secrets. At the centre is Katy Ferreira, 21, who has a fixation with food. Weighing in at 360 kg she is more than just obese. She hasn’t left her room for more than two years, not because she doesn’t want to. She can’t and the only sounds of life she hears are those that filter up from Masonic Street in the parochial suburb of Port Alfred where she lives. All her friends have abandoned her and the only human contact she has is with her mother who brings her the food she craves, and the Herald newspaper every day, because Katy loves doing the crossword: she’s a cruciverbalist.

Katy decides that she is going to compile her own crosswords, starting with a jumbo, that will leave clues for her  mother to solve so she can figure out how and why Katy became that fat girl everyone despises. She fills up those old Croxley hardcover books that were so popular during the 1980s the time in which the book is set. The answers to the clues point to much more than the abuse Katy suffered as a child. It points to murder and the clues that reveal the dark secret are two she left especially for her mother. The cryptic clue is 1 across: Melba admits misconduct (7 letters) and 22 across: a left winger I needed for a good excuse (5 letters). If you enjoy cryptic puzzles you’re 90% in to the crux of the matter.

Most of the clues are taken from the Herald of the time and a neat touch at the back are “clippings from the Herald” announcing Katy’s death; one of a mother being charged with murder and another of medical staff being implicated in misconduct. And as a bonus the jumbo crossword Katy compiled is included.

Not To Mention is an intriguing and cleverly written novel. It is a compelling read but it won’t resonate with everyone. De Klerk’s book shines a light on a serious social issue. Obese or even fat people are often excluded from daily life. It also focuses on the other who don’t conform with our worldview of people.