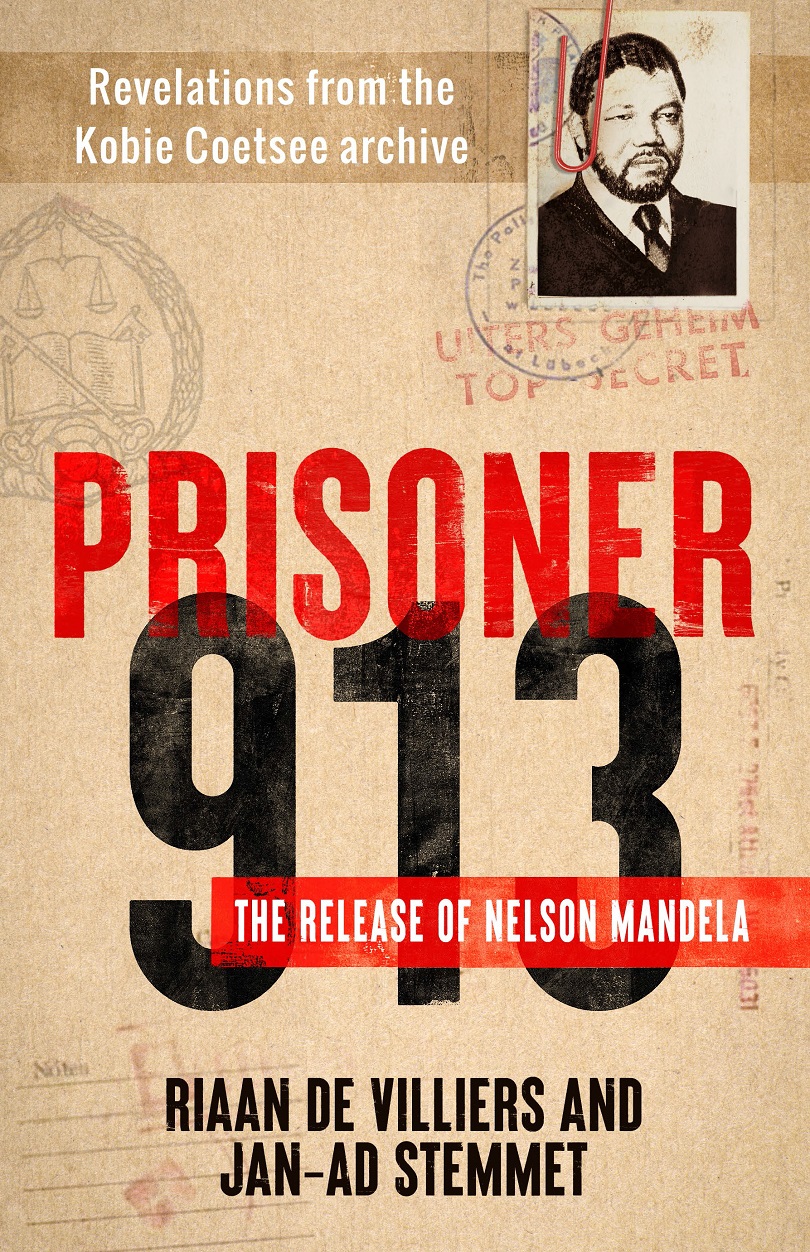 Nelson Mandela’s release after 27 years of incarceration was not simply a matter of opening the prison gates and sending him on his way as a free man. The true story of Mandela’s “long walk to freedom” is detailed in these secret archives which were bequeathed to historian Jan-Ad Stemmet by Kobie Coetsee, the National Party’s former justice minister. Coetsee had a close relationship with Mandela but history doesn’t seem to have acknowledged the role he played in the future president’s life.  Co-author, veteran journalist and editor Riaan de Villiers, writes that Coetsee was about to hand over more than 13 000 pages of archived material to Stemmet when he died suddenly, However, in 2013 Stemmet received a call from Huibre Lombard, head of the Archive for Contemporary Affairs (ARC) at the University of the Free State who told him they were cataloguing new material that he may be interested in. As a young historian in 2000 Stemmet interviewed Coetsee who asked him to focus on his professional life and if he did so he would give him access to his entire archive. “What I will give you are bombs, bloody bombs, my friend,” Coetsee told him.

Stemmet soon realised that he was looking at the entire archive which Coetsee’s widow, Ena, had donated to Arca, several years previously. She has since died. True to Coetsee’s promise, while the archives didn’t exactly deliver “bloody bombs” there are some startling revelations between the covers of Prisoner 913, Mandela’s general prison number. It will also cement Coetsee’s place in history as the man who was instrumental in Mandela’s eventual release. All the conversations were recorded, even in the garden at Victor Verster prison where he was being “prepped” for freedom.

Prisoner 913 reads like a political thriller. It has all of the elements; clandestine meetings; drives through the darkened streets of late night Cape Town to meet PW Botha at Tuynhuys and later FW de Klerk, whom Mandela met only once, but told his colleagues in Lusaka, he felt he was a man he “could do business with”. Intrigue and some double dealing to add to the mix.

What makes the book especially interesting is the interaction between Mandela and his colleagues in exile in Lusaka.

Mandela wasn’t shy about determining the conditions of his release. In one blunt conversation he told Coetsee

that the release of long-term prisoners referred to men who are South Sotho – the others are Xhosas. Mandela  said that,  “the absence of people (Zulus) is a serious weakness and freeing them would also boost his relationship with Chief Mangosuthu Buthelezi”.

There are some earth-shattering disclosures, or maybe not, including that future president Thabo Mbeki wasn’t entirely honest with Mandela about what was happening in Lusaka while Prisoner 913 was negotiating with the National Party government. The mystery centres on a document that looks at a proposal of how the negotiations should be handled. Nothing more has been heard about the document, nor was it found in the Coetsee archive, which the authors point out, is incomplete. If that document had surfaced or adopted South Africa would have been completely different to the one we live in today.

Although the Mail & Guardian reported that the 10-point discussion document had been sent to the National Executive Committee which was meeting in Lusaka that same Sunday, just days before Mandela was due to be released.

An interesting issue that is discussed in the book, but not part of the archives, is historian Thula Simpson’s take on the MK vets who were shabbily treated by the ANC on the eve of Mandela’s release. However, the MK members were not welcome in the frontline states including Zambia and Tanzania. To say more would be a spoiler but it does go some way in explaining why the MK Vets are up in arms today.

De Klerk and company, not to mention Mandela, were unhappy with the comments made by the MK Commander-in-Chief, Chris Hani, that the armed struggle would continue, despite the negotiations. There are some interesting snippets of what might have been, although some of it sounds like wishful thinking: that Mandela was serving as a personal advisor to De Klerk, up until he made the momentous announcement that would change the course of South Africa’s history.

De Villiers and Stemmet have done an excellent job of trawling through the minutia of Coetsee’s recordings and scribbled notes from Mandela giving us an unvarnished view of what happened behind closed doors at Pollsmoor and then Victor Verster Prison.

Although there is a wealth of information the authors have make sure your attention never flags and it is written in easy-to-understand language. As De Villiers points out, these transcripts provide a unique window on Mandela’s beliefs, motivations and strategic decisions and the course of events at that time. The archive reveals that both Mandela and De Klerk’s versions of events are highly selective to the point of being misleading and the authors consulted various sources. The Coetsee archive is not complete but it is continuous enough to allow for the development of an entire alternative narrative, notes Stemmet, and it does cast a new light on the process, which requires the accepted history to be partly revised and rewritten.