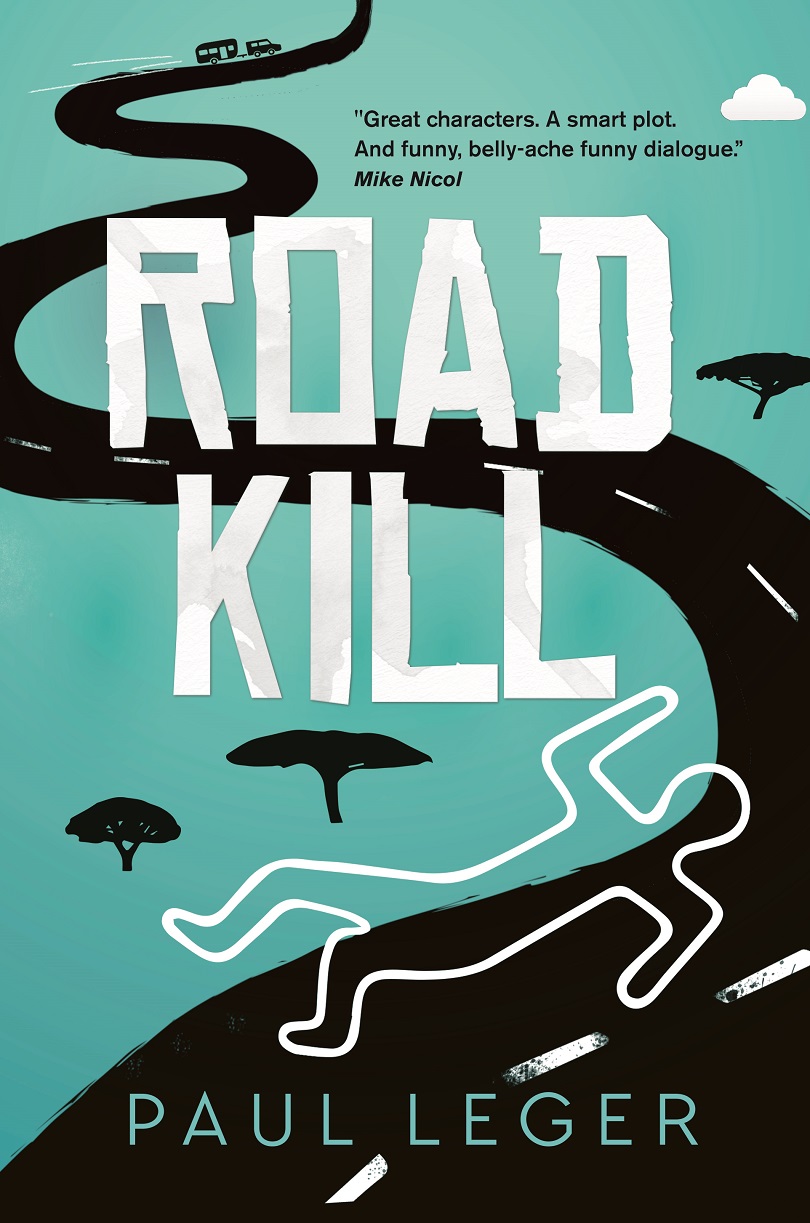 What could go wrong on a road trip to the Kruger National Park? Well, if you are Steve and Tarryn Aldridge, then everything. Cruising along in their Toyota Fortuner, caravan in tow on the N14 in the Northwest, on their way from their home in Sasolburg to the Kruger, passing through towns with quaint-sounding names reminiscent of the old South Africa: Soetkraal, Lemoenhoek, Soutpan and Brakfontein, Steve has his fingers trace the spider web of lines and thinks it’s about the journey, not the destination.

Earlier that day a man in a black Nissan Navarra was hunting, not for game, but for a jogger on the road between Brits and Edendal. The man finds him and seconds later the hardened bullbar on the Navarra travelling at 146km/h “merges with flesh and bone” and he is left as roadkill.

Meanwhile Sergeant Clinton Truter based at the Edendal police station is setting up a roadblock. After serving as a recce during the Angolan war he is damaged goods and is not the most stable guy on the planet which is why he has been seeing a shrink. While he is preparing the road block he gets a call from his sidekick Constable Adrian Delport that a woman has reported her jogger boyfriend missing.

The Aldridges are the first to be stopped by Truter and he scares the living daylights out of them just because he can. Truter doesn’t give them a valid reason for stopping them but he eventually lets them go.

They drive off, still shaken by the experience. But worse is to come. Suddenly they feel a bump and Steve thinks they’ve killed a buck. They get out to examine the damage and see that the radiator has been holed, badly. On closer inspection they find the body of a man wrapped around the towbar. After much dithering and angst they manoeuvre the body in to the caravan, do a makeshift repair to the radiator and head to Edendal, where more bad news awaits them. It will take days to get a replacement radiator. They book in to the Eden Palm B&B run by Otto Meissner and his wife Susan.

While they wait for the replacement radiator they become friendly with the townsfolk. And the body is still in the caravan and beginning to decompose while Adolfus, the resident B&B dog is sniffing around. Not for nothing is Tarryn known as the butcher’s daughter so she chops up the carcass in to bite size pieces and packs it in the caravan’s freezer.

Back at the police station Truter and Delport have been asked by Pretoria to investigate a string of mysterious deaths connected to insurance policies. Truter leaves the investigation mainly to Delport. However, one of his ex-army buddies, Jakkals Venter, now the mayor of  Edendal, is involved and Truter manages to steal a flashdrive from Venter’s office.

Venter invites the Aldridges to enter the potjiekos competition as part of the town’s annual agricultural festival. The showdown comes at the close of the festival and Truter gets his revenge on the army buddies who betrayed him.

Road Kill is a great read and the interaction between the characters is all too real. Leger’s description of Truter as the troubled cop is spot on as is his depiction of Delport who has a nose for police work and an eye for detail.  Leger also has an ear for the vernacular. The only jarring note is the inclusion of Tertius Smit, a murder suspect who is infatuated with California Girl, a blow-up sex doll dubbed Savannah.

There are numerous twists and turns in the plot with some neat Herman Charles Bosman touches. The title, Road Kill, doesn’t give a clue about what’s between the covers. But you’re in for a treat and it’s as South African as pap and wors. It’s also very funny.