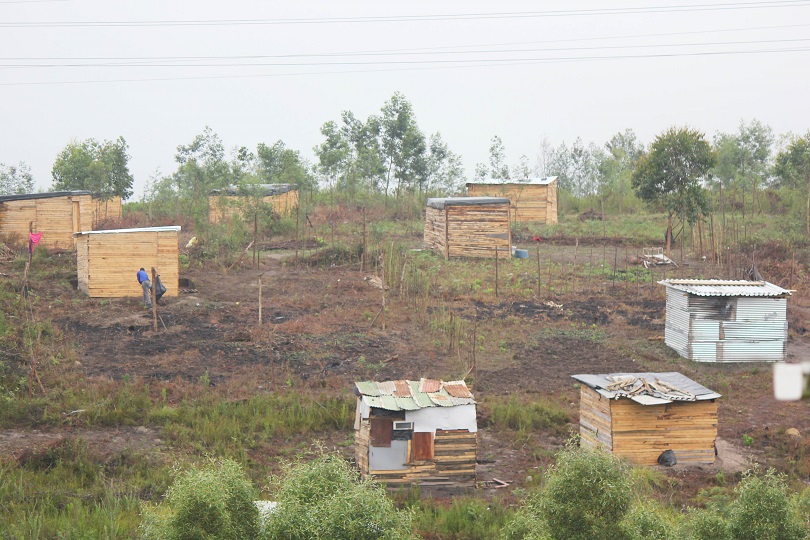 “The geographical footprint of the Southern Cape’s Garden Route is tiny within the vast expanse that is the Republic of South Africa, but it is both unique and precious in many respects, and perhaps because of that, the region is increasingly under pressure through unsustainable population growth, coupled with subtle changes to the climate its delicate environment is dependent upon.”

“Former residents from Gauteng and the Eastern Cape have, over the past two decades, flocked to the Garden Route in search of better long-term prospects as the area is perceived as tranquil, relatively well-managed and politically stable.”

“However, as populations grow and more land is required to accommodate an ever-expanding residential and infrastructural footprint, the pressure on the extremely sensitive regional environment is becoming apparent.”

According to Meiring illegal and irreversible land occupation has become a common and threatening phenomenon in South Africa. He says it is often encouraged by political entities capitalising on the plight of an increasingly impoverished urbanised community, with a complete disregard for the environment and rural safety that must sustain a future South Africa.

“The Southern Cape coastal plateau, with its unique land cover, lakes, rivers and seashores, is perhaps one of the most valuable natural environments on the African continent, but increasingly little of it remains as rapidly growing human settlements in need of geographical space, water and other resources take precedence over environmental management principles,” warns Meiring.

“During the past two decades alone, literally thousands of hectares of fynbos and montane forest ecosystems had to make way for new homes, shopping centres and sprawling urban township developments as the urban edge continues to edge outward to accommodate an ever-increasing population.”

“Overnight land grabs, such as most recently recorded in the Touwsranten rural settlement near the town of George, have significant downstream environmental implications. Residents of the nearby settlements of Hoekwil and Wilderness are dependent on fresh water from the Touw River, and an un-serviced informal settlement within the river’s primary catchment will have a detrimental effect on water quality, not only for drinking water, but also the sustainability of the downstream Wilderness Lakes and Touw River estuary and aquatic life,” says Meiring.

“Land invasions have become the order of the day in the catchments of the Knysna, Goukamma, Maalgate, Touw and Great Brak Rivers.”

Meiring continues to say that legal landowners along these river systems are doing their utmost to preserve what is left of the natural biodiversity in their respective rivers and catchments in order to preserve the systems as biodiversity conservation corridors as proposed by SCLI, but their efforts are diminished in the face of illegal land occupation by destitute newcomers into the region.

“In as much as the Western Cape Provincial authorities, in particular the Green Scorpions and the Department of Environmental Affairs and Development Planning (DEA&DP) strictly monitor land use actions along the Garden Route, with landowners policed and penalised for land use transgressions and neglecting invasive alien plant eradication and control, allowing unregulated land invasions is setting a dangerous precedent.”

“At a time when authorities are buckling under pressure brought about by COVID-19 and associated restrictions, extra care must be taken to safeguard the environmental sustainability of the Garden Route from opportunistic elements. We need more areas under formal and informal conservation with the assistance of private landowners.”