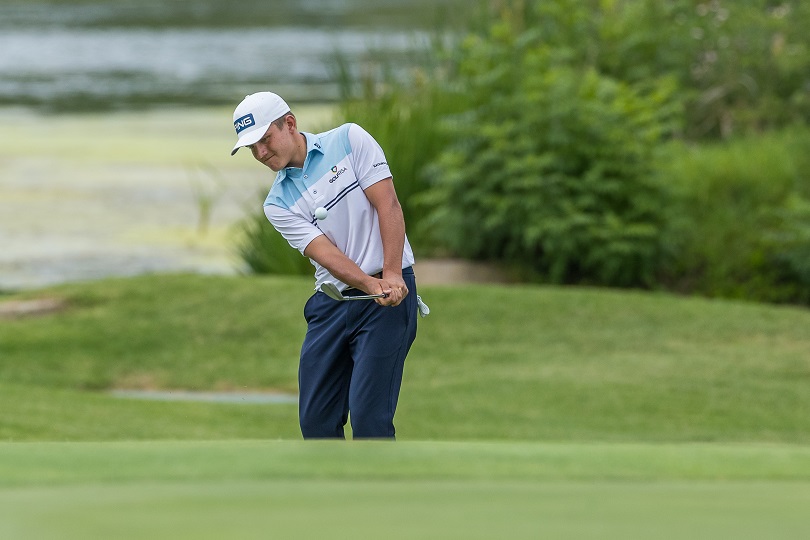 Lali Stander: RANDBURG, 31 January 2021 – Red-hot Christiaan Maas inserted himself among the favourites for the 2021 South African Stroke Play Championship with a convincing victory in the Gauteng North Open last week.

The 17-year-old GolfRSA National Squad member will line up in the 106-strong international field at Randpark Golf Club on Monday brimming with confidence.

Following a successful title defence in the Nomads National Order of Merit Inland and a five-shot triumph at his home course last Sunday, the Pretoria Country Club junior is well on his way to topping a 2020 season that saw him rack up five titles in the space of seven weeks after competitive golf resumed in September.

Jarvis became the youngest winner at 16 years, 6 months and 17 days with his nine-shot victory on 25 under at Randpark twelve months ago and a week later, he achieved the rare double when he lifted the SA Amateur Championship with a commanding 7 & 6 victory in the 36-hole match final at Royal Johannesburg & Kensington.

Fourth at Maccauvlei and a sixth place finish in the Gauteng North Open last weekend suggests the State Mines golfer is close to form that took him to number 1 in 2020 and saw him win the Freddie Tait Cup as the leading amateur in the South African Open Championship at the Gary Player Country Club in December.

But 17-year-old Jarvis and fifth ranked Maas are not the only in-form players heading to Randpark for the start of the three-week long GolfRSA South African Swing.

Having spent the bulk of 2020 on the bench due to a wrist injury, the GolfRSA National Squad member made a tentative return to competitive golf late last year in the Knysna Open.

Vorster was very pleased with a top five finish, but he is not coming into this week the long shot any more.

The Southern Cape golfer replaced Jarvis at the top of the Open Amateur rankings following a tie for sixth in the Free State Open and a fourth place finish in the Gauteng North Open and Vorster will be bursting with renewed confidence as he bids for his maiden flagship win.

Other in-form players to watch are Yurav Premlall, Jordan Duminy, Sam Simpson, Kyle de Beer and Ryan van Velzen, who all visited the winner’s circle late in 2020 and made strong starts to the 2021 season, as well as fellow GolfRSA National Squad members Christiaan Burke, coming off a runner-up finish at Pretoria Country Club.

The 72-hole South African Stroke Play Championship will be played on the Firethorn Course. The 36-hole cut will leave the 65 players and ties to contest for the trophy. The winner also receives a gold medal, with the runner-up and second runner-up receiving silver and bronze medals respectively.