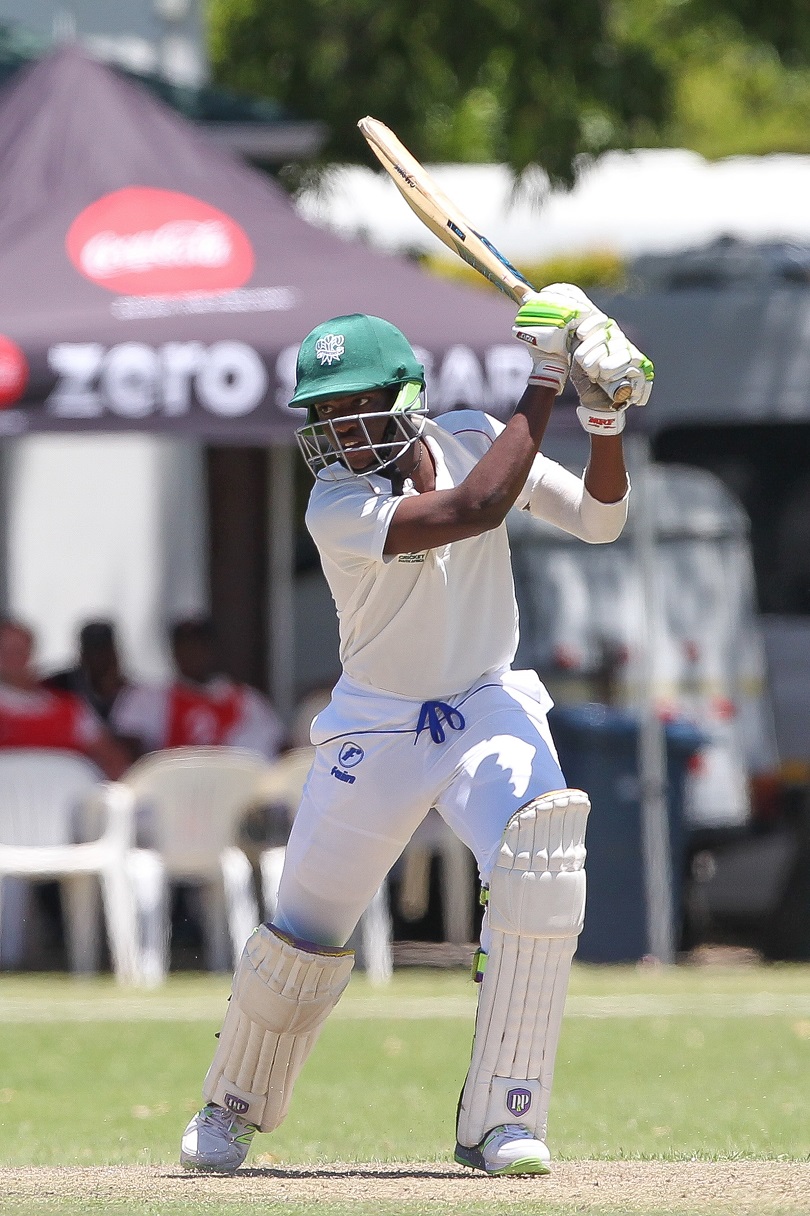 In the current environment it is not often that we hear a positive success story in the making, but this is indeed the case with Mesuli Vuba, a learner at Rundle College.

Three years ago, in a joint initiative between South Western Districts Cricket Board, Cricket South Africa and Rundle College, Mesuli was enrolled at Rundle College after facing life-threatening circumstances in Thembalethu where he lived and attended school. These circumstances led to Mesuli being unable to attend school consistently, which resulted in him not completing his Grade 10 and a three-year program was developed with the intention of uplifting Mesuli’s education and allowing him to obtain the Cambridge International equivalent of matric. Rundle College offered to enrol Mesuli and assist him with his educational needs, also housing him at the school’s hostel based at Kenako, where he received extra support from the school in the form of tutorship, training programs and the nutrition needed by a young cricketer and learner.

Before this, Mesuli was one of the young cricket players developed through Cricket South Africa’s Hub Program, based in Thembalethu at the Imizamo Yethu High School. This fantastic program which sometimes flies under the radar, has brought access across the country to thousands of young cricketers, who previously had not had access to the game and in SWD has produced consistently, more than half of the SWD Cricket Youth Team players over the past 3 years. Mesuli was identified by SWD Cricket via its talent identification program working closely with the hub coaches, and he then represented the SWD Youth Teams at various annual National Youth Tournaments. Unfortunately, his circumstances interfered with both his cricket and education, but through the joint efforts of Cricket South Africa via their Player Performance Program, SWD Cricket and Rundle College, funds were sourced for Mesuli to attend school in this safe, learning environment where he could thrive, and thrive he has!

His efforts in the classroom where he had to shift from learning in IsiXhosa to English (his second language), as well as in a different education system (Rundle College falls under the Cambridge system), have been exemplary and the support received from the teachers and staff at Rundle College have seen Mesuli pass both grade 10 and 11, and he is currently tackling his Matric, needing only two subjects to pass.

Added to this success in the classroom where Rundle College provided extra tutors at their own cost to assist Mesuli with the new subjects he had to tackle, Mesuli was awarded the Life Skills Award for his contributions at the hostel.

Whilst at Rundle College, Mesuli was selected to captain the SWD U19 Provincial Cricket Team that took part in the prestigious 2019 Khaya Majola Cricket Week and he was then duly selected for the SWD Provincial XI where he debuted in both the 1st Class and List A competitions while still a learner at school.

It is through initiatives and partnerships such as this, along with the individual’s commitment and drive, that lives are truly changed. We look forward to seeing the growth in Mesuli and wish him all the best as he tackles his last year at school!