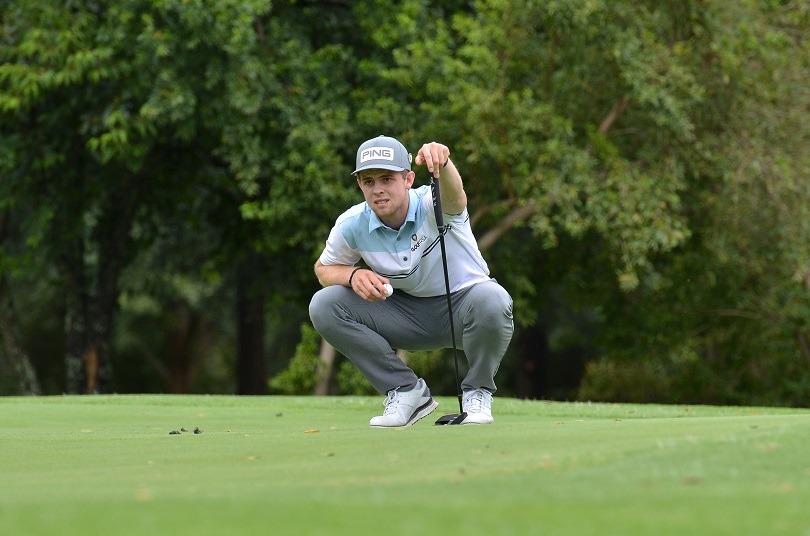 South Africa’s top ranked Vorster – the only player to have posted three rounds in the 60s – is in within striking distance of claiming his fifth international title after building up a seven-shot barrier over the first three rounds on the Firethorn Course.

Following his own sublime 64 in the opening round and a 65 on day two, Vorster continued his red-hot form. The 19-year-old bagged an eagle and four birdies and had a lone bogey en route to a round of 66 and the lead on 21-under.

The South African Golf Development Board graduate carded an eight-under-par 64 that featured 11 birdies, including a run of seven on the trot from the par-three eighth, to finish on 14-under.

Jarvis became the youngest winner of the flagship event at 16 years, 6 months and 17 days with his 27-under-par triumph last year. The 17-year-old got the flat stick warmed up nicely and fired a bogey-free 66 to tie Maas for third on 12-under. The recent Gauteng North Open winner mixed an eagle with five birdies for a flawless 65.

Burke also took route 66 and finished on 11-under alongside 2021 Free State Open champion Dawid Opperman, who returned a 70.

Another player who got the “moving day memo” was Stals Swart.

The Pretoria Country Club member burst out of the blocks with a trio of birdies, then eagled the par-5 fourth and par-4 sixth holes. He dropped shots on eight and 10, but birdied both par fives on the back nine (12 and 14) for a 65 that rocketed Swart to joint seventh on 10-under with fellow Gauteng North golfer Francois van der Walt.

Vorster, 29th on the official world amateur golf rankings and the highest ranked player in this week’s field, said he is trying not to think about winning.

“Hopefully I can get the putter going early, because it was a little cold on the front nine today. I eagled the second and birdied the fourth, but from the fifth I battled to convert. After the drop on 10, I birdied 11 and that got the momentum going again. Winning the SA Stroke Play is one of my goals this year, but I’m going to stick to my strategy and play the last 18 holes as if I’m chasing. That mind-set keeps me focussed and in the moment.”

Van Wyk, who matriculated last year, put some swing changes into play this season and was pleased to see the effort pay off on the third day.

“If someone offered me a 64 on the first day I would have taken it,” said the Ruimsig golfer. “I was pleasantly surprised at how well I played today, because I really struggled in the first round. I’ve been making a couple of big swing changes, and it went a lot better on day two. I had seven birdies and only dropped one shot.

“I started with a bogey, but I got into the round with the birdie at the second and kept it going with three more birdies from the fourth. Then the string of seven from the eighth. Unfortunately I just lost a bit of concentration on 16 and missed a two-foot putt for par and on 17. I hit it long left, possibly the worst position you could hit it, and scrambled to make a bogey.

“It’s the first time I’ve made the final group in such a high ranking event, so I’m glad I’ll be playing with Martin. He is a good friend and a squad mate. And he is so experienced. I can learn a lot of him and from playing under this kind of pressure.”

GolfRSA No 1 Martin Vorster will start his title chase in the South African Stroke Play Championship with a seven-stroke lead after rounds of 64, 65 and 66 moved the Mossel Bay golfer to 21 under par at Randpark Golf Club; credit Ernest Blignault.