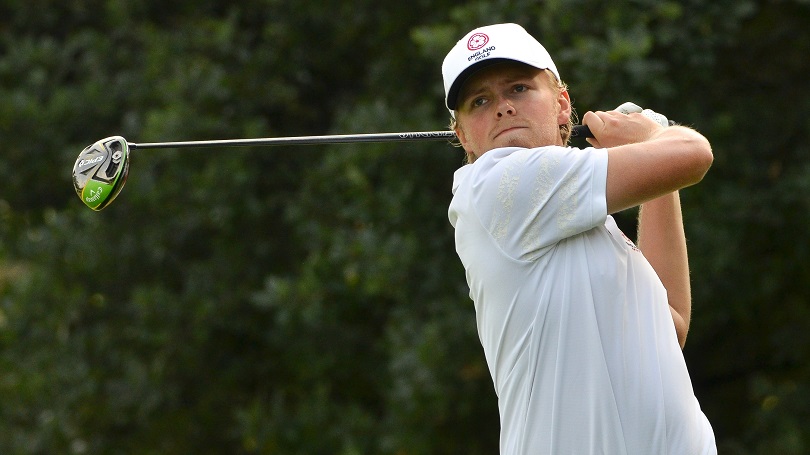 DOWERGLEN, 7 February 2021 – There will be a palpable sense of nervous anticipation when reigning Amateur champion Joe Long tees off from the 10th at Glendower Golf Club on Monday in the 2020 African Amateur Stroke Play Championship.

Long will line up alongside the leading lights of South African amateur golf, including GolfRSA No 1 and defending champion Martin Vorster, who is brimming with renewed confidence after returning to the winner’s circle last week with a four-shot victory in the SA Stroke Play at Randpark.

In early 2020, the 23-year-old Landsdown golfer enjoyed an exciting run on the GolfRSA South African Swing.

Long tied for fourth in the African Amateur at Leopard Creek and seventh in the SA Stroke Play and reached the semi-finals of the SA Amateur Championship at Royal Johannesburg & Kensington, where he lost to eventual champion Casey Jarvis.

His last competitive starts were in December last year, when he played in the Sunshine and European Tour’s co-sanctioned Alfred Dunhill Championship and Joburg Open in December. The Englishman may be a bit of a long-shot, but Long is ready to deliver another strong performance on South African soil.

“I have been based down here since November last year in Somerset West with my girlfriend’s family,” he said. “I’ve worked hard on my game and I’ve done a lot of work, so I feel ready for the week ahead.”

And it is an important week for Long, who missed out on the opportunity to compete in the Jones Cup Invitational in the United States due to the travel restrictions.

With the win in Southport, he gained exemptions into The Open and the U.S Open this year and an invitation to play in the Masters in April. Effectively this week at Glendower signals the start of his preparation for Augusta.

“It’s my first time playing Glendower and I had two practice rounds and played another nine on Sunday,” Long said.

“I reckon it will be a challenging week for everyone, because the rain just hasn’t stopped. This is a proper championship layout and the rain is making it even tougher. The rough is up, so you have to hit it straight. The greens are absolutely pure, and they are running at a good speed, so if you position yourself right, you can make some birdies.”

Voster – currently 29th in the world amateur golf rankings and highest ranked amateur in the field – declared that the course was playing vastly different to the previous time the venue hosted the African Amateur here in 2018.

The 19-year-old Pinnacle Point golfer finished third in that edition.

“The ball is definitely not travelling as far and you get a lot of mud-balls,” he said. “You have to hit it in the right places. The greens are softer than last week and spinning quite a bit more with the wedges. And they are quicker. They are rolling nicely, so if you can get the lines and the speed right, the putts are going to drop.”

Van Wyk from Ruimsig was especially impressive over the last two rounds. The South African Golf Development Board graduate posted scores of 64 and 67 to secure a runner-up finish on 19-under.

“I haven’t played Glendower for years, but from the practice round I can tell that keeping the ball in play will be critical this week. The rough is thick and wet, and you don’t want to miss fairways. I was really impressed with the speed of the greens, considering all the rain that has fallen here in the last two weeks. They also roll very true, so hopefully I can keep the putter warm and take advantage of the speed and the lines.”

Benoni Country Club’s Van Velzen finished birdie-birdie on the Firethorn Course for a final round 64 that netted him third on his own.

The Ekurhuleni golfer agreed with Vorster assessment that the course is playing very different due to the incessant rain in the last fortnight.

“I have played a lot of golf at Glendower and I’ve never seen it this wet. Tee shots are going to be vital, because you want to avoid the rough at all costs. This wet rough is going to take a lot of prisoners. The greens are immaculate, though. If you’re hitting it straight and positioning yourself well, you can fire at the pins.”

While all eyes will be on the top ranked golfers, the club members will be rooting for 17-year-old local talent Yurav Premlall.

The GolfRSA National Squad member struggled with his swing and battled to a tie for 19th at Randpark, but the two-time club champions’ confidence should come flooding back this week.

“It’s my home course and I know it like the back of my hand, but this is probably the wettest I’ve seen it in my entire life here.

“It’s definitely going to present a different challenge. I think the whole field is going to have a tough week. It’s tight of the tees this week and that’s going to pose a challenge, because the ball is not flying very far. If you are not hitting it straight, you’re going to be chipping it out thick rough. Hats off to Mike Bernard and the team for these fantastic greens. If you have a decent angle in, you can score.” 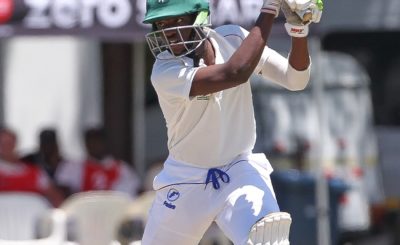