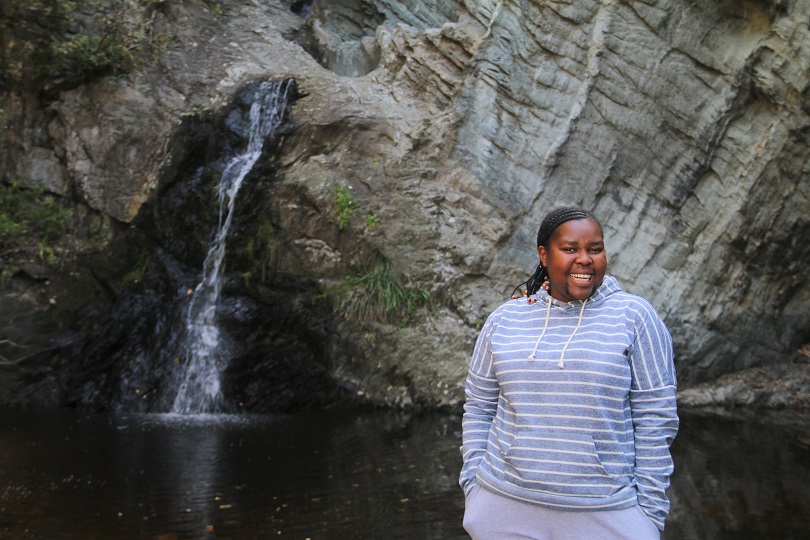 The study was for Mpapane’s Master of Science (MSc) degree in Nature Conservation at the Nelson Mandela University (NMU).

Although the area of the research study was in Mountain Zebra National Park (MZNP) in the Eastern Cape, the Garden Route (GRNP) also had similar findings. SANParks scientists in 2020 concluded visitors frequent National Parks for meaningful human-nature experiences. Parks are popular for their rich historical and cultural landscapes, recreational benefits, aesthetic pleasures and biological diversity.

A similar research study in 2020 attempted to understand how the management of protected areas enable the delivery of cultural ecosystem services in National Parks.

“National Parks are striking for a healthy balance between human-nature experiences and biological integrity, which are both significant factors for the sustainability of healthy ecosystems and societies worldwide” says Mpapane.

An observation from the study is that visitors flock to destinations that contribute to their overall experience during a trip. As a whole, picnic sites, panoramic views, viewpoints and sometimes the presence of historical artefacts have a positive influence on visitor experience.  “In addition, scenic areas are most likely places that people will use as recreational sites, and find inspiration for paintings, photography, writing and overall emotional and motivational contentment” she says.

Recipients who participated in the study also reported findings of spiritual rejuvenation just by being in the landscape of MZNP. This is all good, according to General Manager for Scientific Services in the Garden Route, Stef Freitag, who says ‘if people feel attached to Parks, they are able to advocate for them and further efforts to conserve and protect them.’

Mpapane was able to complete her studies under the supervision of Professor Dirk Roux, NMU- based SANParks aquatic specialist.  Mpapane is one of several junior scientists groomed to complete their post graduate studies in nature conservation.

Nelsiwe Mpapane (affectionately known as Nellie)  was born and raised in Nkomazi Mpumalanga. Nelly says that her mother and grandmother contributed invaluable lessons to her current values.

After matric, Nelly took a gap year to work to raise much needed finances for University. Whilst working, she met a SANParks ranger from the Kruger National Park, who encouraged her to study nature conservation.

After finishing her Diploma, she received a bursary to do an Honours thesis and got to work with SANParks through her research. Marketing Research manager for SANParks, Liandi Slabbert, sent questions to her institution for students to do research on the impact of drought on tourism related ecological infrastructure in the GRNP.  Whilst doing the research, she met her current supervisor, Professor Dirk Roux, and the rest is history.

She currently works for SANParks scientific services as a junior scientist and studies topics related to human-nature interactions, social-ecological systems and thus works closely with the socio-economic officers (SEOs.  She says about SANParks ‘I was so blessed to get good supervision, welcoming staff from monitors right through to managers of MZNP. Staff were so helpful with information, during my two year study.’  She is scheduled to graduate in April 2021.