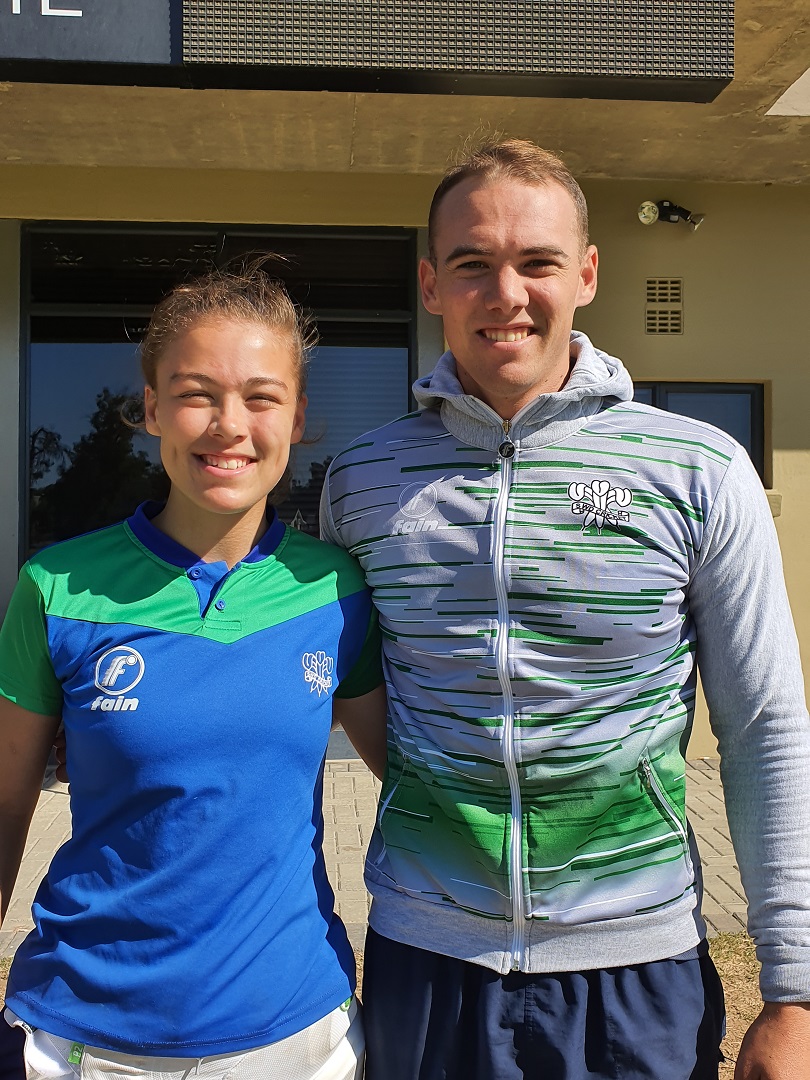 The De Villiers siblings from the Ramblers Club in George, Bradley and Cheynne, recently made history when they became the first brother and sister to represent the SWD senior men and women’s teams respectively.

The 23 year-old Bradley, who as a product of the SWD Cricket Academy structures, made his first class debut for SWD in March 2018 against Namibia in Windhoek – where he ended with a career best bowling analysist of 7/70 represented SWD in 18 first class matches.  He also played four list A and three T20 matches.

Cheynne (21), made her debut for SWD during the recent CSA Interprovincial tournament that was held in Oudtshoorn.  She is a member of the SWD team for their upcoming promotion play-off match against Easterns in Johannesburg.