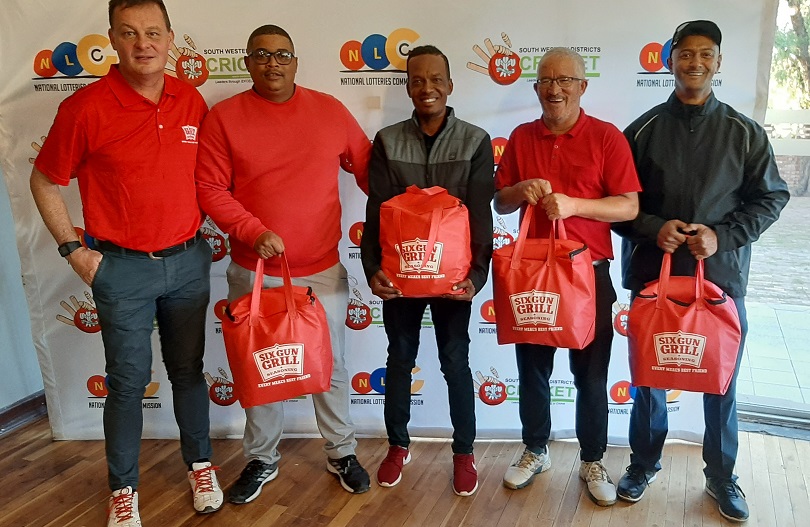 The team of Selwyn Amsterdam, Alister Kiewiets, Ian Laubscher, and Adrian Cupido – with 102 Stableford points – were crowned as winners of the South Western Districts Cricket Golf Day that was hosted at the Oudtshoorn Golf course on Friday, May 28th, 2021.

In the picture are the winning team together with Albertus Kennedy – the CEO of SWD Cricket.

Marcello Piedt won the prize for the closest to the pin on the 15th whilst Kevin Gibson was the winner for the longest drive on the 7th.

Unfortunately, none of the 88 participants managed to land a hole-in-one on the 12th for the big prize of R100,000.