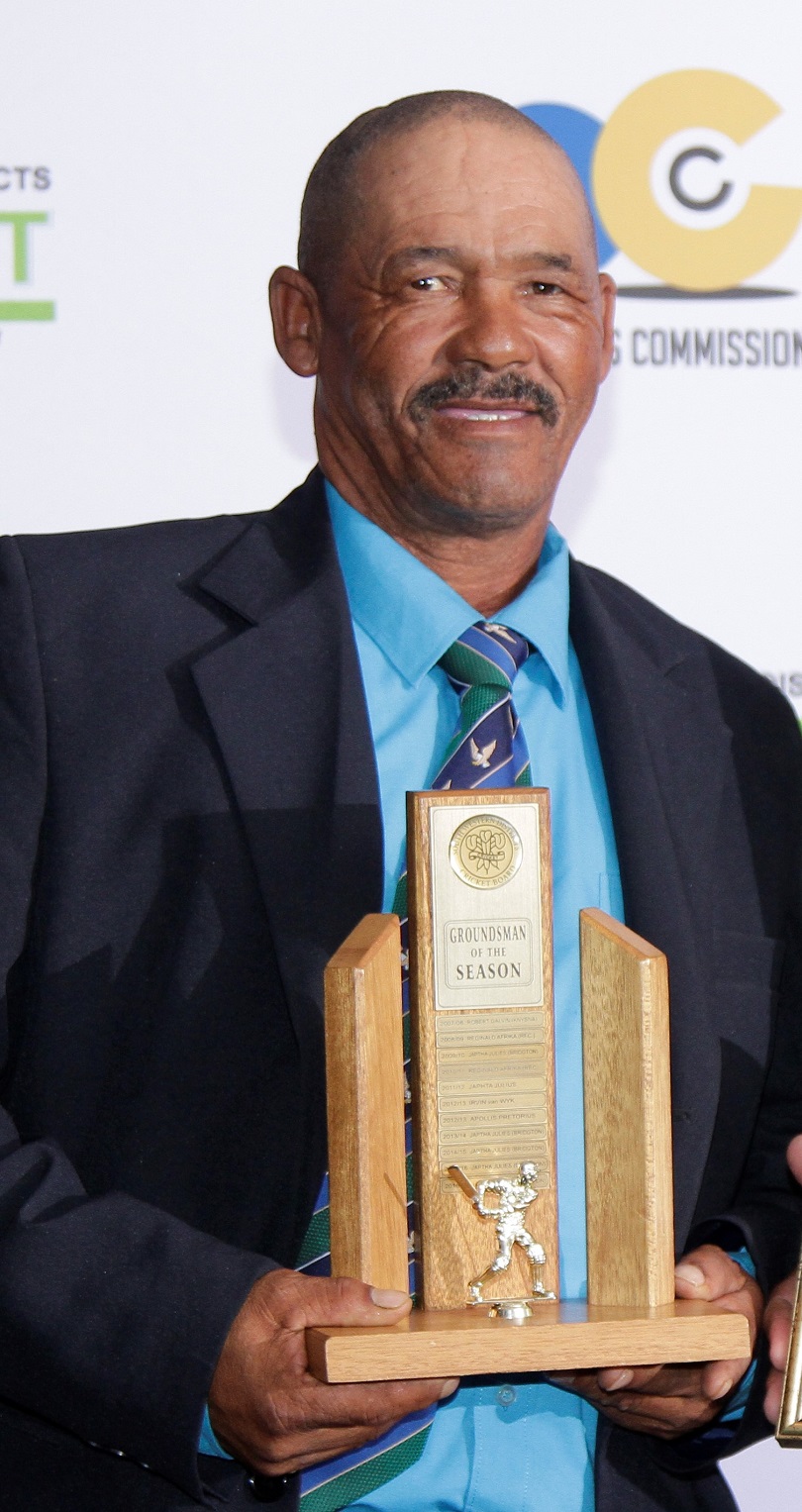 It is with great sadness that South Western Districts Cricket announces the passing of one of its greatest servants to the game of cricket, Japtha Julius (aged 60) on Tuesday. Julies, who worked as the groundsman at the Bridgton Sports Grounds in Oudtshoorn for more than 25 years passed away on September 7th, 2021.

Since the inception of the SWD Cricket Groundsman of the Year Award in 2009, he bagged this prestigious award on seven occasions – including four consecutive years between 2013 and 2017.  He will be remembered for his great humour, friendly engagements with administrators, coaches, and players but most of all for the pride in his work. The Bridgton Sports Grounds has been a hosting venue for numerous years for Cricket South Africa and SWD Cricket tournaments and events.

In his tribute, the President of SWD Cricket, Mr Rudy Claassen, said – “On behalf of the cricket fraternity of the SWD I would like to honour his contribution towards SWD Cricket”.  “Our heartfelt condolences to the Julius family.  He will surely be missed and the Bridgton Sports Grounds will never be the same without him”, he concluded