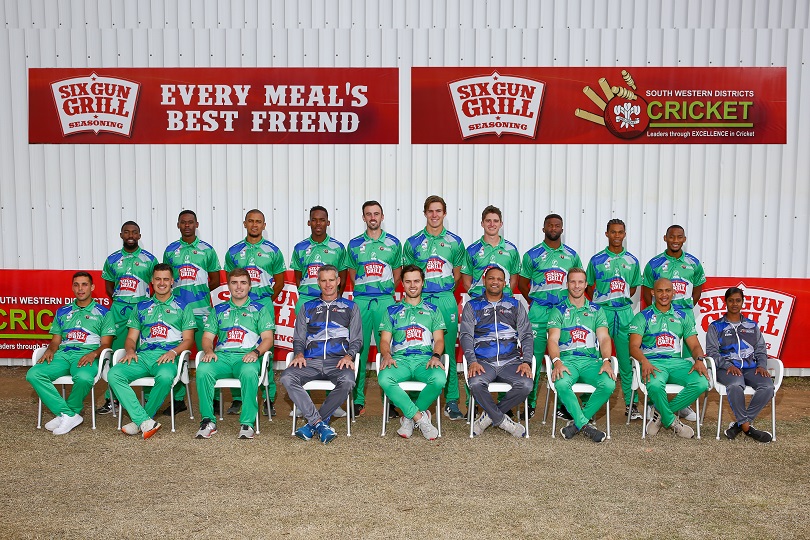 Jean du Plessis will be the leader of the pack when the Six Gun Grill SWD team will travel to Kimberley for their first campaign of the season in Pool A of the newly introduced Cricket South Africa Twenty20 Knock-out competition.

The 22-year-old du Plessis who matriculated at Glenwood House in 2016 made his senior debut for SWD the same year – whilst still at school.  In 2018 he represented the SA u/19’s at the ICC U/19 Cricket World Cup in New Zealand and last season he represented the Cape Cobras franchise.

With the Oudtshoorn-based team who is setting its sights on promotion to Division 1 in 2023 this competition will provide an ideal start to their campaign.  Two versatile all-rounders who will be key in SWD’s game plan will be Onke Nyaku and André Malan – the brother of Pieter and Janneman.

15 teams across Division 1 and 2 along with the SA U19s were drawn into four pools of four each for the season-opening competition, which will be held in Kimberley and Bloemfontein from 24 September – 22 October.

Co-hosts the Northern Cape Heat and Itec Knights were pre-determined to Pool A and B respectively.  Six Gun Grill SWD, Imperial Lions and Six Gun Grill Western Province will join Northern Cape in Pool A.  Each team will play three matches within their pool, with the top two teams in each pool qualifying for the finals leg of the competition.

Cricket South Africa and Supersport confirmed that all the fixtures will be broadcasted live by Supersport.

SWD’s program for the weekend is: