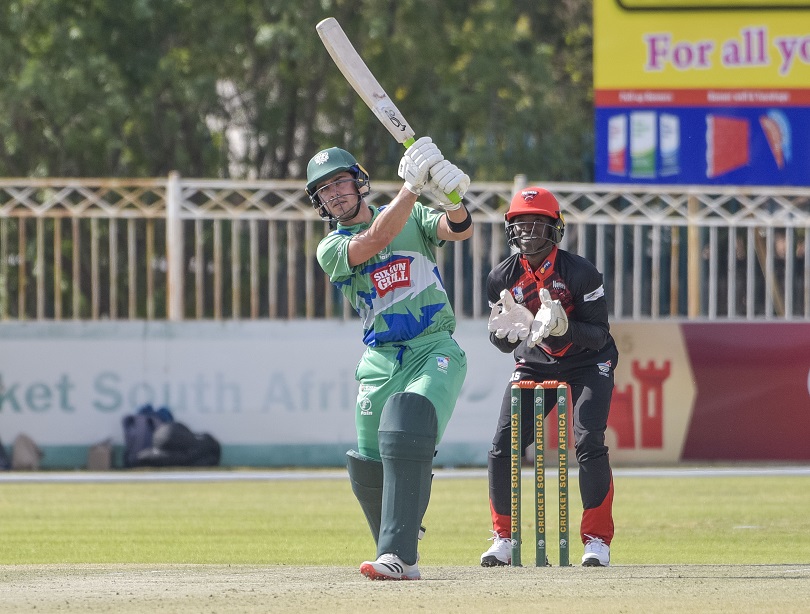 Six Gun Grill South Western Districts caused a major upset in Pool A of the Cricket South Africa Twenty/20 knock-out competition that was played the past weekend in Kimberley.

Jean du Plessis and his troops stunned one of South African cricket strongholds, Western Province, and in the process eliminated the Imperial Lions from the quarter finals.

In their opening match, on Friday, SWD thanks to a fine batting display by home grown products, du Plessis and Heath Richards, showed sublime batting form to guide SWD to a 24-run victory over home team, the Northern Cape Heat. The 22 year Du Plessis, laid the foundation in a 113-run partnership with Yaseen Valli for the second wicket and then the 20-year-old Richards smashed 41 off 14 balls to give SWD a target that proved beyond the reach of the home side when SWD posted a highly competitive 192/4, 114 of those runs coming in the last 10 overs.  SWD restricted the Heat to 168/9 with the bowling honours that went to Hershell America (3/23).

On Saturday, Yaseen Valli batted through the innings to enable the Division 2 SWD to upstage the Division 1 Western Province by three wickets with two balls to spare in a nail-biter.

Having restricted Western Province to a below par total of 130/7 all SWD needed was a couple of good partnerships and some calm heads to get them across the line and that is exactly what the left-handed Valli accomplished. His unbeaten 55 (54 balls, 6 fours and 1 six) was his second half-century in the tournament. The final total of 130/7 looked short of par.  America finished with an outstanding 3/22 in 4 to become the leading wicket-taker in the tournament.

Western Province matched the start SWD had made with the ball when Beuran Hendricks dismissed Blayde Capell to the third ball of the innings and Wayne Parnell then got rid of key batsman Jean du Plessis. Valli and Andre Malan then stabilised the innings, taking SWD to 38/2 at the end of the power play and getting their team up to the required run rate which they managed to maintain to the end of the match. Valli watched as partners came and went but they nearly all reached double figures which was enough to get their side over the line.

On Sunday SWD posted a modest 129/6 against a disciplined Lions bowling attack with Lutho Sipamla who bagged 2/23.  Du Plessis (41) and Jhedli van Briesies (24*) were the top runs scorers for SWD.  Two dropped catches in the latter part of the Lions innings took them past the SWD score (132/6) from the penultimate ball of the innings for a 4-wicket victory.

SWD finished top of the table with the best net run rate and advanced to the quarter finals that will be played against the runner-up of pool B.  This match will be played in Kimberley on 19 October 2021.