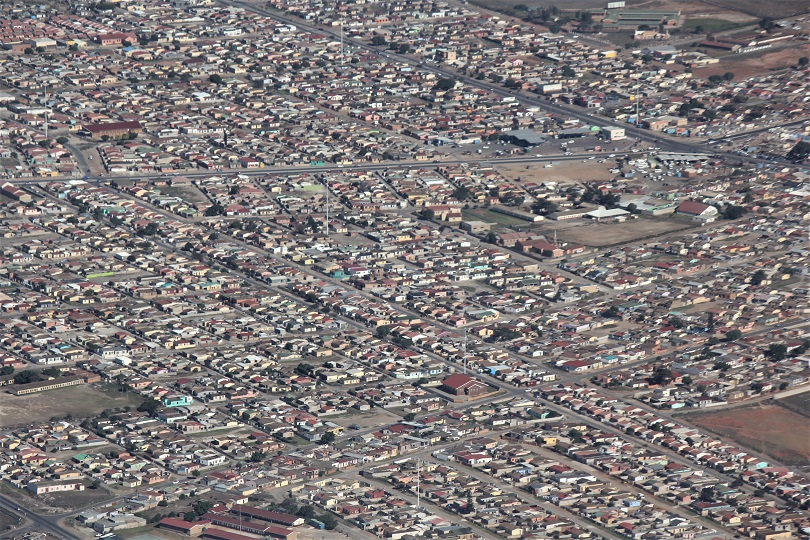 “As summer approaches, the Southern Cape can again brace itself for its fair share of heatwaves along with the rest of South Africa. Globally temperatures are steadily on the increase, and the effect that these increases have on the intensity, frequency, and impact of severe heat waves are significant, and no more so than in urban densely populated areas,” says Cobus Meiring of the Southern Cape Landowners Initiative (SCLI).

“City planners and developers must take note of the impact of heatwaves and rising temperatures in an urban context and make provision for landscape interventions to reduce the impact thereof on the well-being and quality of life of the urban population.”

“Thousands upon thousands of rooftops, tarred streets and parking lots have an accumulative effect in the way they absorb, release and radiate heat, and have the net effect of creating what is called “heat islands”, where temperatures soar dramatically during heat waves in towns and cities, causing high levels of stress, physical discomfort, and even deaths, and exponentially increase the risk of wildfire disasters.”

Meiring stresses that open and green spaces, vegetation cover, and natural infrastructure – like rivers, streams, and wetlands – are vital in an urban context.

“Urban populations must adapt to climate change, rising temperatures, and heatwaves in particular, and open and green spaces can serve to cool down built-up areas and allow for better flow of air and dealing with intense and sustained heat.”

“In the quest for making available more land to cater for rapid urbanization, authorities are inevitably pressured to give up green belts, parks, recreational areas, and vacant land and utilize every inch of zoned space for low-cost housing and new developments. However, this practice is not sensible given the challenges and realities posed by a changing climate. In the development of climate change and adaptation strategies, town planners and authorities should prioritize the creation of more green spaces and conservation corridors to the benefit and well-being of those living in towns and cities over the long term.”

“As the Garden Route increasingly attracts a constant population influx, the area is rapidly urbanizing and in the process, thousands of hectares of land is forever lost to development. In as much as the developmental trend is irreversible, corridors for the survival of biodiversity become the last vestige of survival of the unique natural wonders of the Southern Cape, including, for example, expanses of Fynbos and montane and coastal forests which must make way for new malls, houses, driveways, and hard infrastructure.”

“The importance of rehabilitating natural infrastructure badly affected by the scourge of invasive alien plants, in particular, our rivers, catchments, and tributaries cannot be understated, and every landowner in the Garden Route must make a contribution in one way or the other for the area to remain special and at the same time ensure that nature can assist us with the impact of a changing climate, including more frequent and severe heat waves, high risk of wildfire and persistent drought,” says Meiring.

**The Southern Cape Landowners Initiative (SCLI) is a public platform and think tank for landowners and land managers with an interest in invasive alien plant management, water stewardship and land management. SCLI is supported by the Table Mountain Fund (TMF), a subsidiary of WWF SA.

SCLI is steering a project, the SCLI Cape Floristic Corridor Revival and Training Programme, as a regional initiative to improve efforts to enhance the survival of the Southern Cape floristic footprint. The project focuses on long-term landowner involvement in the eradication and control of invasive alien vegetation. It is a three-year project, aimed at entrenching the principle of corridor conservation objectives over time, and obtaining landowner commitment and support through the direct investment of the development of invasive alien plant control plans as well as training. The project entails the establishment of a network of north/south conservation corridors along selected river systems – Groot Brak, Kaaimans, Touws, Knysna and Goukamma – in the Southern Cape.