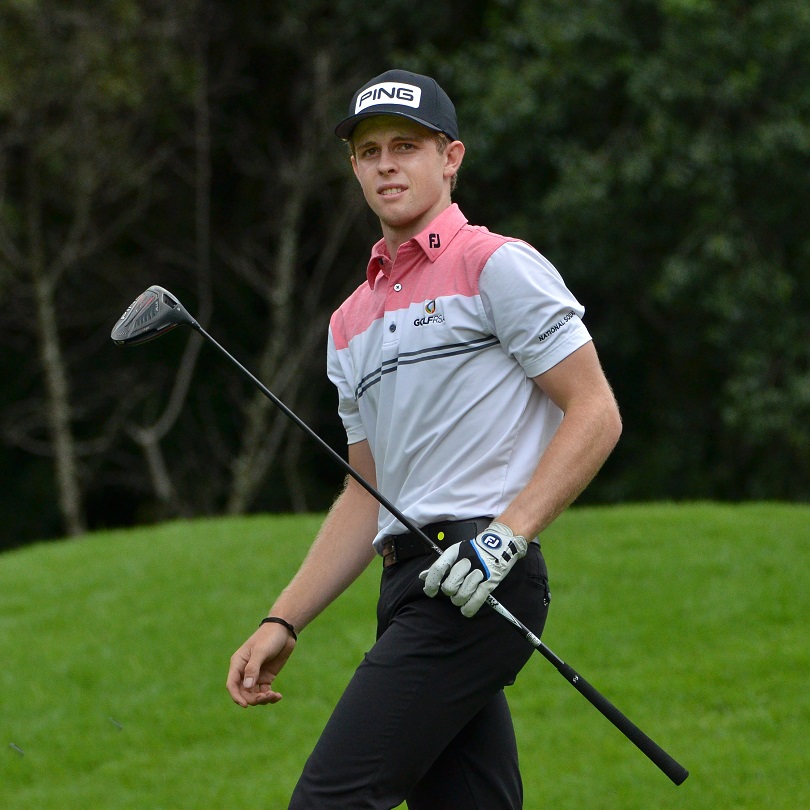 17 November 17 – South Africa’s top-ranked amateur Martin Vorster has turned professional and will play his first tournament in the paid ranks when he tees it up in the Joburg Open at Randpark Golf Club on Thursday November 25.

Vorster, the reigning South African Stroke Play champion, is currently ranked 40th in the World Amateur Golf Ranking, but he has been ranked as high as 24th, and has played on the Junior Presidents Cup team.

“It’s the next step in climbing the ladder, as my dad always says,” he said ahead of the tournament on the course where he won the South African Stroke Play by four shots with a 72-hole total of 23-under-par.

Vorster has been a part of the GolfRSA National Squad since 2016, and has been the beneficiary of a system which has produced a steady stream of top players. “It’s been a massive highlight of my career to have been involved in the National Squad,” said Vorster. “I have been given so many opportunities, and there has been constant support for me on a personal level for which I’m so grateful.

“I’ll forever be indebted to people like Grant Hepburn, the chief executive officer, Eden Thompson, the golf operations manager, David Younge the assistant golf operations manager and Neil Homann, the manager for operations, rules and training. They have become mentors of mine, and I know I’ll be able to call on them any time if I need guidance in my professional career.”

The foundation he has built during his time in the National Squad has turned him into a careful thinker as he approaches his professional future.

He was in the United States for the US Amateur Championship and managed to play his way through the qualifier for the Korn Ferry Tour Qualifying School, and then the First Stage, before he was eliminated in the Second Stage.

The Mossel Bay golfer won the qualifier over 54 holes at 19-under-par, took a share of seventh in First Stage over 72 holes at 12-under-par, and was in a share of 51st in Second Stage, missing out by one shot on going to Third Stage. Had he finished in the top 20, he would have had some Korn Ferry Tour status for 2022 – not bad for a 19-year-old.

“Turning pro like this was not part of the plan,” said Vorster. “I was going to play in the Sunshine Tour Qualifying School, but my run in the Korn Ferry Tour Qualifying School caused a rethink. If I was able to get two starts in the three Sunshine Tour tournaments co-sanctioned by the European Tour, or the DP World Tour as it will be known, here in South Africa at the end of the year, I would grab the opportunity.

“As it is, I am playing in the Joburg Open and the Alfred Dunhill Championship, and I’m hoping to qualify for the South African Open Championship, which I’ve played once as an amateur. Now the plan is, if I can get myself inside the top 100 on the Sunshine Tour in these tournaments, I’ll get my status for the next season. Otherwise, I’ll play in the Qualifying School.”

For Vorster, it has been a journey which has also been supported by his 10 years in the Louis 57 Foundation, the brainchild of the 2010 Open champion, Louis Oosthuizen. “It was always an incredible experience to get personal message of support and advice from a major champion,” said Vorster. “Having someone like that in your corner makes a lot of things so much easier.”

Of course, there are personal coaches involved in his journey too. “Cliff Barnard from Plettenberg Bay has been my coach for the last two-and-a-half years,” said Vorster. “He’s an old-school coach, not too technical, and he’s not only a coach to me, but a mentor too. Garth Milne looks after my physical training. Before I met him, I did my own thing, but now my approach has changed so much. And Theo Bezuidenhout is my sports psychologist, keeping me focused on the important things.”