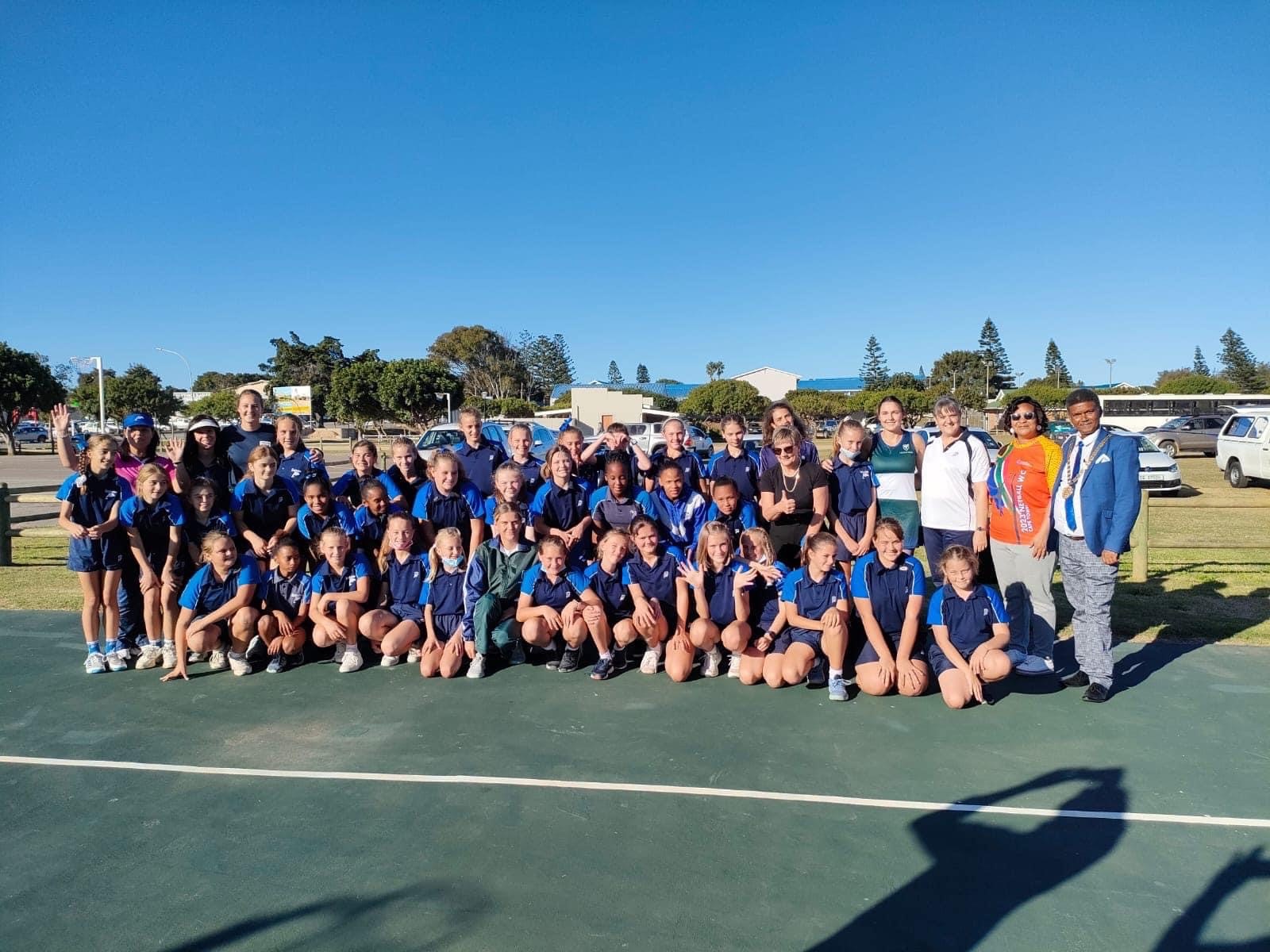 On Monday, 16 May 2022, Minister Anroux Marais handed over funding and opened a new facility to support sporting federations in the Eden region.

Minister Marais opened the new netball court in Hartenbos as part of the build-up to the 2023 Netball World Cup. The Department of Cultural Affairs and Sport is assisting municipalities across the Western Cape with funding for upgrading their netball facilities, which will be used during the tournament but also as a legacy project for communities after the tournament.

Minister Marais then handed over ceremonial cheques to the affiliated Eden sporting federations, as well as equipment to clubs as part of the Club Development Programme. This support will help the federations with their administration, development, capacity building support and adhoc funding as well as major events to enable them to fulfil their significant mandate of developing and promoting their respective codes and clubs in the Western Cape.

Minister Marais said: “My department is committed to supporting sporting federations across the province to ensure they can continue with their activities. We must ensure that we can support our athletes at grassroots level to help them reach their dreams. I hope that this funding will enable our sporting federations to continue with the good work they are doing to bring hope to our communities and to establish the Western Cape as a centre of sporting excellence.”

Today Minister Marais will hand over additional funding for netball facilities to the municipality and will then proceed to Kranshoek near Plettenberg Bay to launch the Oral History Project in the area.