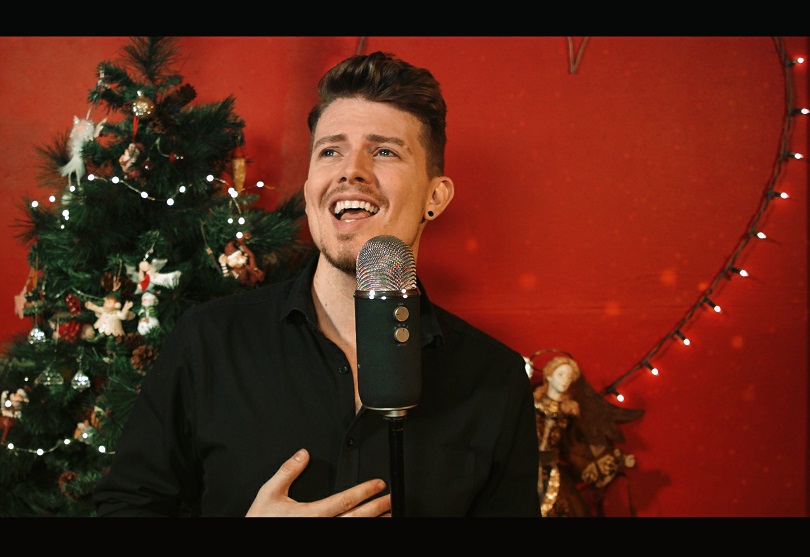 This Christmas ballad, which was first released in 1990, is an inspirational song addressing Father Christmas from an adult’s point of view. Recorded and produced by Hugo Ludik from Muse Productions, it is the singer’s first solo release after the disbandment of the pop trio ADAM.

“The song is a list of heartfelt wishes for the human race,” explains Kyle. “I heard it for the first time when I was on holiday in the USA as a teenager. I remember being touched by the message. However, I have never heard it on South African radio. I strongly feel it is a message that all South Africans need to hear right now.”

The single is now complemented by an equally festive music video, which was filmed in a recording studio that was decorated in true Christmas fashion. “The video was shot at RM Production House. Their studio is painted red and I felt that it would be the ideal setting for a Christmas setup,” he explains. “Celia Coetzer was responsible for the decor design and gave the set an earthy African feel with lots of clay and wooden objects.” Ryno Mans (RM Productions) was the creative mind behind the camera and Kyle directed and edited the video himself.

With several singles slated for release during the festive season, Kyle believes that GROWN-UP CHRISTMAS LIST will resonate with listeners as it is honest and relatable.

In addition to actively having worked in the music industry for sixteen years, the entertainer has acted on television and stage. He played leading roles in international touring musicals Dirty Dancing and High School Musical, as well as lead roles in several local premier productions. As an actor Kyle has starred in Egoli, Backstage and Getroud Met Rugby, among others. However, the highlight of his impressive career to date, he says, was winning a South African Music Award (SAMA).

His future plans, on a personal level, include starting a family with his wife. Professionally, he says, he will continue singing, writing and pursuing his passion for music. With this in mind, GROWN-UP CHRISTMAS LIST is an incredible way to launch the next chapter of his career.