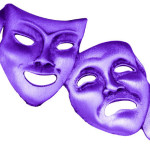 This is in response to the SARL’s application for two channels to collect information about country wide propagation conditions on 5 MHz.

The SARL expects the licenses to be issued next week.

In the application the SARL told ICASA that while the propagation of signals are fairly well known for high power broadcasting, there is still quite a lot that can be learned by radio amateurs, especially on “inland” work away from the coastline.

Some years ago the then SOEKOR observed that on the Cape South-coast seawards of Mossel Bay in the late afternoon and early evenings 5 MHz will provide E-layer propagation for about an hour or two. This also occurred “up and down” the Outeniqua coastline. Propagation modelling showed that the E-layer at those times was between 110 and 80 km above the Earth, much lower than the F layer. As the signal path was much shorter, very strong signals could be obtained with relatively low ERP (effective radiated power). It would be interesting to see how far and wide this propagation mode does actually occur in South Africa.

The SARL is in the process of creating a special webpage for the project. It is planned to schedule transmissions on one channel from various parts of South Africa at various times and radio amateurs will be requested to send in reception reports. The SARL is looking for volunteers in all parts of South Africa to transmit Amateur Radio Today at various times. If you like to be a transmitting station please send your details to artoday@sarl.org.za.

There is an item on the WRC15 agenda requesting a permanent secondary allocation for amateur radio in the 5 MHz band. The SARL hopes through its propagation research project to contribute to the body of knowledge and to lobby for support by the delegations of South African, SADC and African Union countries to support the call for the new allocation.