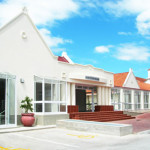 During round one (29 April to 17 May 2013), health workers will be visiting children in schools and crèches and administer polio drops and to protect them against polio. At the same time all children from 9 months to 59 months will receive a measles vaccination.

Western Cape Minister of Health, Theuns Botha said the department’s plan is to immunise 95% of children under 5 years for both measles and polio during this campaign. This will ensure that the dangerous complications that can be caused by measles and the suffering and disability caused by polio is reduced.

“It is every parent’s and guardian’s duty to take the child to the clinic for immunisation and to sign a consent form for the child if he or she attends crèche”.

During this mass immunisation campaign, all children under 5 years will be immunised for extra protection. Children must be immunised even if all their routine immunisations are up to date. This will prevent the wild polio virus from circulating. A child is only fully protected against polio if he/she receives drops twice, four weeks apart.

Parents and caregivers are urged to sign the consent forms for their children to be immunised. Consent forms must then be returned to the crèches where teams of health workers will immunise the children. Children not attending crèches should be taken to their nearest clinic for their immunisation. Parents, caregivers and Guardians need to do this to make sure they protect their children against Polio and Measles and by doing so assist the Western Cape Government in looking after children’s health better together.

About Polio and Measles disease

Measles is a highly infectious illness that spreads from person to person by droplets when an infected person coughs or sneezes. It can lead to serious complications like pneumonia, blindness, encephalitis (brain infection) or even death.

Polio is an infectious disease affecting the nervous system that can result in permanent paralysis, deformity and sometimes death. A person with polio cannot be cured because the nerve cells destroyed by the virus never recover their function.

Issued by the Directorate: Communications for Western Cape Government Health.