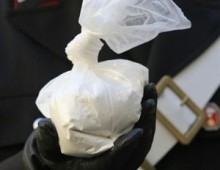 Revelations that South Africa’s sea borders are vulnerable are coming thick and fast. The SA Maritime Safety Authority (Samsa) has indicated that it has been without the use of the two fisheries vessels that are used to clean oil spills. The vessels have been in the navy’s dry dock for more than a year.

This means that if we have an oil spill overnight, Samsa does not have ships on standby to mop up the oil and it would need to hire the services of private vessels and equipment at an additional cost. Clearly rapid response will not be available to them.

What is more disconcerting is that the two vessels are used in joint operations by the Department of Transport, the SAPS and the Department of Agriculture, Forestry and Fisheries to search vessels anchored off our shores for appropriate licensing, seaworthiness, possible drug and human trafficking, illegal arms dealing, illegal fishing practices and more.

Between Minister of Agriculture, Forestry and Fisheries Tina Joemat-Pettersson, Samsa and the navy, apparently no repairs have been undertaken for a year and the coastline has been at risk. Despite the tugboats available, there has been a severe dent in the policing of our shoreline.

The recent arrest of drug smugglers in Knysna gives a good example of how vulnerable the shoreline and South Africa are. The modus operandi is to anchor your large ship offshore – out of reach of Samsa, the department and the police – and send small boats or rubber dinghies onshore at night to smuggle drugs, people or arms. In the case of Knysna, local leaders noticed what was happening and alerted the authorities and arrests were possible.

What is clear, however, is that if your ship doesn’t dock at one of South Africa’s large ports, such as Durban or Cape Town, inspections are few and far between because of a lack of resources.

I am told that in a recent portfolio committee meeting, the secretary of defence further pointed out that the navy believes that people from south-east Asia are being smuggled ashore and dumped on the WildCoast. The navy is aware of this, but unable to patrol this rugged coastline because of a lack of resources. Whether this is true I cannot say, but it adds to the worrying situation.

When examining the wider environment, we already know that the borders between South Africa and Namibia, Botswana, Zimbabwe, Swaziland and Lesotho are not patrolled regularly.

In fact, the only border that is patrolled at anything near the required level is the border with Mozambique. This border is patrolled mostly by adjacent game reserves to protect our rhinos and other wildlife because of the poaching of animals in Kruger National Park. It’s not perfect, but at least something is being done.

The country is in the middle of a drugs and human trafficking crisis.

Our crime figures are high by anyone’s reckoning. The drug industry in Joburg’s nightclubs and poorer neighbourhoods such as Hillbrow, Windsor and Eldorado Park, and the drugs crisis on the Cape Flats in Cape Town, in areas such as Manenberg, are legendary.

The rate of illegal immigrants and human trafficking is alarming. Officers at a police station I visited in my constituency recently told me that they have suspended arresting illegal immigrants or “undocumented persons”, as they are classified, unless the Department of Home Affairs is prepared to accompany them on the raids or inspections.

The reason given: some police officers are using the arrest of illegal immigrants as a means of supplementing their income by rearresting them and demanding a bribe to let them go. Often the employers of illegal immigrants (restaurant and shop owners) will pay the bribe. (If their chef is arrested, the restaurant may not be able to open for the day.)While the government has policies and laws against human trafficking in place, the number of arrests and prosecutions remains about as low as the number of people prosecuted for the raping of lesbians in Soweto – extremely few!

Where does all of this leave the country? It seems that it is harder for a bona fide businessman from Nigeria to get a visa and enter South Africa on business than it is to smuggle girls into the Transkei or drugs into the Saldanha harbour or across the Zimbabwe border.

There are many hard-working officers making arrests, but the system is cracking because government departments cannot get the basics right. South Africa needs a proper coastguard with at least four well-maintained sea-going vessels with full equipment on board to clean up oil spills, inspect for drug and human trafficking and make arrests. Four dedicated vessels will allow for one per province. A register should be kept of the number of ships inspected and fines issued.

With regard to our other borders, the defence force has got to step up its patrolling, fencing, arresting and prosecuting. The police also have to get back to the basics in removing undocumented illegal immigrants. It is one thing to have documented refugees, another to have unknown elements roving the country uncontrolled.

If we don’t secure our seas and our borders, what is the point of arresting drug dealers and pimps? They are the result of a much bigger problem.

* Ian Ollis is an MP and the DA’s spokesman on transport.