13th March 2017 – FNB Credit Card has seen a sharp increase of 270% over the last six months in ‘tap’ payment transactions as users and merchants adapt to contactless payment technology. 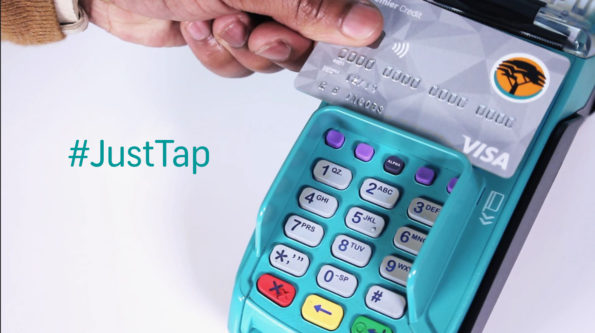 While the number of contactless transactions by customers averaged 1.5 ‘taps’ per month in May 2015, they climbed to an average of 2.5 per customer by January 2017. Significantly, the number of customers using the technology has risen sharply by 227% in the last six months.

“The current perception is that contactless payments are for small ‘on-the-go’ amounts, but in reality, the tap functionality is available for high-value amounts and the customer would merely have to enter their card pin to verify larger amounts. However, some retailers may have their own limits.

“The adoption of new payment technology is almost always accompanied by a degree of scepticism but this is where customer education plays an important role to ensure there is a level of comfort,” adds Rimmington.

All credit and debit cards issued by FNB are now contactless ‘tap’ enabled, meaning that customers are able to securely pay for their goods at merchants without the card leaving their hands. The bank started issuing contactless-enabled cards in May 2015 and already has over 1 million in the market.

Security features include encryption technology which protects the card’s contactless data from reproduction as well as the fact that customers are required to input their PIN after a number of ‘taps’.

“For merchants, contactless ‘tap’ payments make a big difference in terms of queuing time as payments are faster. These types of payments are finding wide adoption both nationally and internationally, so we can expect the payment space to continue to evolve rapidly as new technologies are developed,” concludes Rimmington.