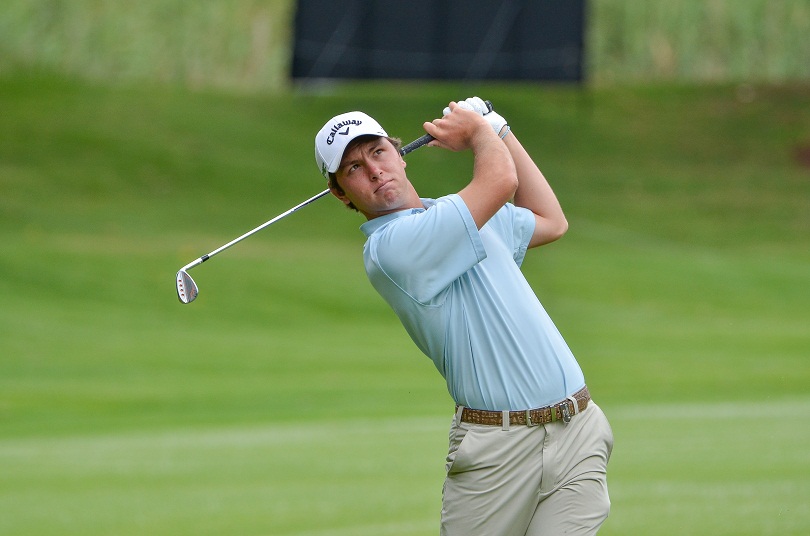 “We are really pleased with the team we selected,” Taylor said. “All three players produced good results over the past 12 months, and particularly during the recent GolfRSA National Squad Tour to Britain and Ireland.

“Not only is Jovan our highest ranked amateur in the world, but over and above his outstanding victory in The Amateur, he has been very successful on the collegiate circuit in the United States.

“Wilco lived up to his number one ranking with a runner-up finish in the Brabazon Trophy and once again underlined his potential when he became the first South African to win the stroke play qualifier in The Amateur since qualification was introduced in 1983.

“Matt has maintained his number three ranking here at home and he consistently performed well in the events abroad, with a tie for seventh in the Irish Amateur Open among his highlights during the GolfRSA National Squad Tour.

“We are satisfied that we have selected the strongest team possible to represent South Africa in Ireland and they will be heading to Carton House with form and confidence.”

Rebula was among the top 50 junior golfers in the United States in his first season at Auburn University last year. He currently leads the Auburn Tigers in scoring average.

Over the first six months of the season, his results – including four top 10 finishes – have earned him an All-American mention, Second Team All-Sec honours and selection to the PING All-Southeast Region. He also became the first South African to represent South Africa on the International Team at the prestigious Arnold Palmer Cup.

The 20-year-old Ernie Els and Fancourt Foundation member shot to 59th in the World Amateur Golf Rankings – a jump of 133 positions – following his 3 & 2 victory in The Amateur Championship.

“I am very grateful to GolfRSA for the chance to compete in Britain and to earn another opportunity to represent my country in the World Amateur Team Championship,” said the George golfer, who will captain the team at the Montgomerie and O’Meara courses at Carton House from 5 – 8 September.

“This is one of golf’s most prestigious competitions and it is one of the most rewarding achievements in golf to represent your country. I am so honoured to lead our team in this championship.

“We are extremely proud to represent our country and to represent every union, volunteer and official that dedicate their time and effort to developing golf in South Africa. We are also thankful to the South African Golf Association for the opportunity they have given us.”

A 12-time winner in 2017, Nienaber soared to number one in the Open Amateur Rankings with a third-place finish in the SA Stroke Play Championship at Pecanwood in February. The Free State golfer also rose 68 positions to 147th in the world after The Amateur Championship.

“I worked incredibly hard to achieve this goal and the relief and the satisfaction is indescribable,” said the 18-year-old from Bloemfontein.

“My dad and I went to see my principal at Grey College two years ago. I told him my goal was to make the Eisenhower Trophy team in 2018. The school helped me tremendously to allow me to compete in more national events and to travel abroad.

“I owe Mr Deon Scheepers, all my teachers, Mr Rupert and the GolfRSA National Squad a huge debt of gratitude. To be selected to represent my country at the most prestigious amateur team event in the world is a dream come true. I can’t wait to put on my blazer for South Africa.”

Saulez, from KwaZulu-Natal, has had a great run of top 10 finishes this season, including a runner-up finish in the SA Stroke Play. In addition to joint seventh in the Irish Amateur, he also made cuts in the Lytham Trophy, St Andrews Links and The Amateur qualifier.

“To make the Eisenhower Trophy team was my goal from the start of the season,” said the 19-year-old Durban Country Club golfer. “I had some great highs and bitter disappointments along the way, but I kept on grinding and to get the nod is the greatest reward.

“To represent South Africa at the highest level is an immense honour and privilege. I am extremely grateful to Mr Rupert and GolfRSA for the opportunity to compete in Britain and Ireland and to have the chance to play both courses at Carton House during the tour. I loved the look of both courses and can’t wait to get back to Ireland.”

“I congratulate the selectors on naming Jovan, Wilco and Matt to represent South Africa in Ireland,” Hepburn said. “It was a difficult choice for the selectors, because the talent pool runs very deep, as illustrated during the recent GolfRSA National Squad Tour abroad.

“A huge amount of work goes in from grassroots level at our clubs and unions all the way through the ranks to the point where we select to our national teams. One should not lose sight of their very valuable contribution in bringing these players to the highest level of competition.

“I have no doubt that these three young men will rise to the occasion. They have all done really well against top amateurs around the world in the last eight weeks and we are very proud of their achievements.

“I am really pleased that Jovan chose to remain in the amateur ranks. He will bring a lot of experience to the team, having also captained the 2016 World Amateur Championship team in Mexico. As a group, the trio bonded really well during the tour in Britain and we are confident that they will put up a bold showing in Ireland.”

The Eisenhower Trophy format is 72 holes of stroke play with 18 holes a day over four days. In each round, the total of the two lowest scores by the three players from each team constitutes the team score for that round. The four-day total is the team’s score for the championship.

GolfRSA Manager Golf Operations Eden Thompson, who accompanied the GolfRSA National Squad on the first leg of the UK Tour to Ireland, will manage the team at Carton House.