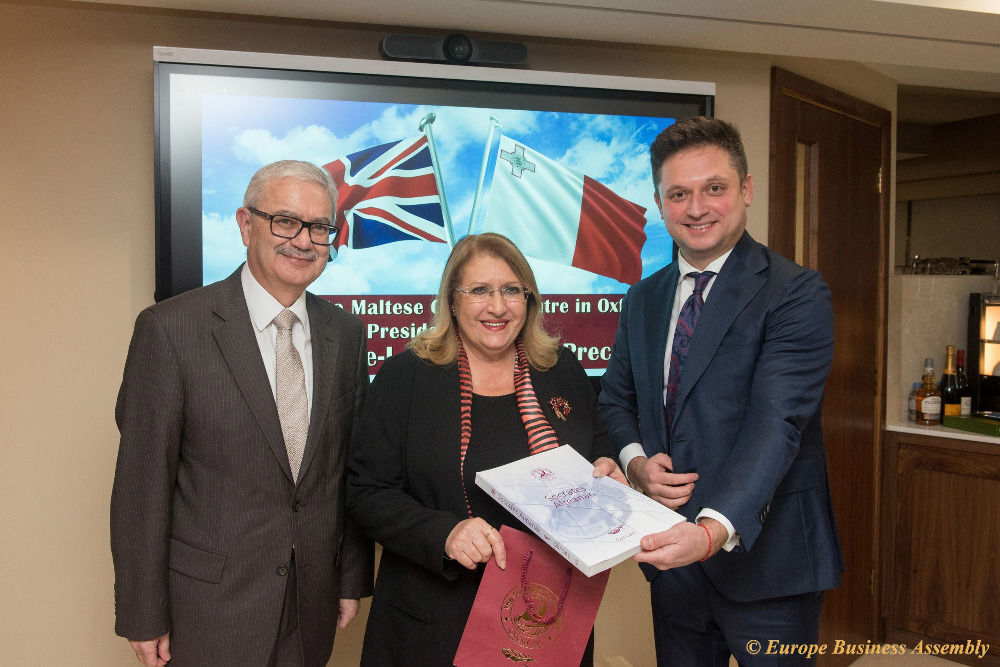 Europe Business Assembly or EBA aims at opening up new opportunities for advanced regional companies from the dynamically developed countries. Global and national-sized business visits, forums and conferences have been organized since 2000 by EBA to promote national business leaders and their countries.

A small-sized island state in the Mediterranean area, the EU member, like Malta, can attract constant attention as a well-based economic and investment attraction link between Europe and Africa.

Malta has a growing economy, well-developed education, and healthcare institutions, highly-skilled English-speaking personal, and, what is the most, it’s become a huge magnet for tourists.

The beneficial location between the Mediterranean and North African markets, a free trade zone, developed niche industries, like production of pharmaceuticals, investment-appealing government initiatives, and programs – all this and much more provide the country with a strong competitive advantage over others in the region.

No wonder, that Malta has occupied its place among the top 100 economies in the Doing Business 2018 ranking.

The Maltese Chamber of Commerce and Industry, Malta Enterprise as the state economic development agency facilitated EBA in organizing the business and networking events.

The outcomes of such partnerships lead Europe Business Assembly to establish the Maltese Cultural Centre in Oxford, UK in January 2019. The opening ceremony was marked by the presence of the President of Malta Marie-Louise Coleiro Preca together with Malta’s High Commissioner to the United Kingdom Joseph Cole. The high-end visitors were accompanied by EBA’s Director Ivan Savvov and C-level management. The Maltese Cultural Centre aims at joint projects realization with members and partners of EBA, holding of business meetups and scientific conferences.