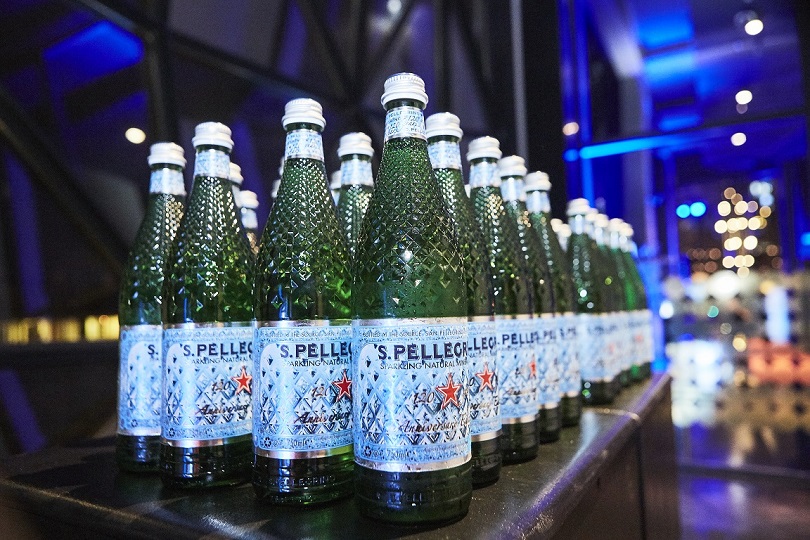 S.Pellegrino was founded in 1899, and soon after chose its place at the table, embracing and becoming synonymous with the typical Italian passion for fine living and good taste. Recognising this, on the occasion of its 120th anniversary, the iconic brand chooses to celebrate the connection that comes from enjoying a shared meal.

For the celebrations, S.Pellegrino unveils an Anniversary Edition bottle, dedicated to the world of restaurants.  Following a prestigious line of limited editions recognising talent in the world of style and design, S.Pellegrino takes inspiration from diamonds to pay homage to the precious moments people enjoy when dining together.

“For this heartfelt Anniversary Edition, we have been inspired by a very special natural element, which is pure and coming from earth after many years just like S.Pellegrino water”. Says Ilenia Ruggeri, SanPellegrino International Marketing Director. “Diamonds, like the best memories, last forever. For S.Pellegrino, the best moments are those that bring people together around a table, and we are honoured to have been part of many of these moments for 120 years”.

The Anniversary Edition had its debut during Bocuse d’Or Grand Final at the Sirha in Lyon, France on 28th January 2019. The gastronomic competition started S.Pellegrino’s Anniversary year filled with memorable moments and emotions lived around the table. Throughout 2019, the celebrations continue within the top gastronomy community, at World’s 50 Best Restaurants in Singapore, and at glamourous lifestyle events such as Milan Fashion Week and Festival de Cannes.