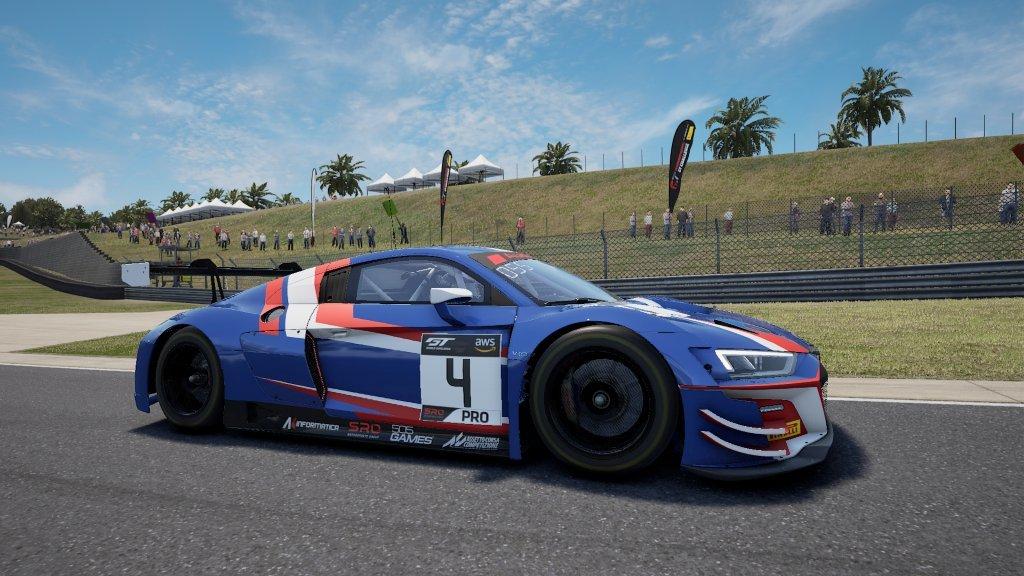 Brian Joss – Over the last couple of days, more than 15 000 people went online to watch the Livestream of the closing stages of the Solidarity e-Race event which was sponsored by Afrihost, Data Sciences Corporation, Pure Storage and NEC.

While the four semi-final races resulted in action-packed races and close finishes, everyone was excited to witness the Grand Finals which consisted of a 10 lap sprint race and an enduro race which lasted for 33 minutes.

From the original 137 competitors who had entered into the e-Race, 100 made it through to the semi-finals which consisted of four heats of 25 competitors each. The top six drivers from each heat qualified for the exciting grand finals which would see 25 drivers compete for the overall victory. The 25th driver came from a Wild Card 5 lap sprint race which took place soon after the semi-finals. Jason Absmeier, a hot favourite amongst the gamers, had issues with his gaming rig steering wheel during the second semi-final and was ecstatic to be invited back to compete in the Wild Card Invitational race and ended up beating Jordan Sherratt, a young kart and saloon car racer from the real world of motorsport, to take his place in the grand finals.

Zaahir Essa, the quickest driver out of all the semi-final races were on pole position for the 10 lap sprint race and from the lights went out, led the field to take victory after defending off a massive attack from an early pacesetter in the competition Alleric Enslin and fellow gamers Bruno Cadilhe and Quayde Claasens. Charl Wilken, former multiple SA karting, saloon and rally champion, were hot on the heels of Quayde Claasens to get a good starting position for the main race of the event, the 33-minute enduro race.

During the enduro race, comments were flowing in by the second on the social media feeds stating how exciting the event was and that in some cases more than some real track racing events that have happened at Kyalami Grand Prix circuit in the past. The enduro race which lasted for 20 laps presented its own challenges to the competitors as tyre wear and vehicle set up would result in varied advantages over the longer format race. This was made even more prominent after the already realistic simulation game updated only hours before the grand finals. These variables such as the tyre wear could be seen after the first 10 laps as racers at the front of the pack started falling off their pace and even resulted in a mistake by Charl Wilkin, who hadn’t realised how badly his tyres had worn out as he made contact with Lesley OIlphant and subsequently fell back and out of contention.

While all this action was taking place, upfront Enslin was defending his position more than he had before in his career and later was helped by the battle for second place between Essa and Cadihle as these battles of this intensity usually results in the two combatants to slow each other down and bolster the lead of the car in front. All this action allowed Enslin to maintain his lead until the chequered flag and resulted in him winning the round followed by Essa which just had enough rubber to keep his Porsche ahead of Cadihle’s as they crossed the line.

The Solidarity e-Race winner drives away with R 10 000 and a 1 Gbps LTE connection and router for the next year as well as an official test with Universal Motorsport in their Oettinger Polo Cup Race team, according to Enslin his dream has come true, and you could tell tears of happiness started rolling in his post-race interview. Essa which placed second won R3500 and a TGN Racing Simulator Frame to keep him training hard for the next event, which according to the organisers and the incredible sponsors, might be coming sooner than later. But in the end, the real winners are businesses in South Africa as the event donated 50 per cent of its entry fees to the Solidarity Fund which was created to assist small to medium enterprises during this challenging time.