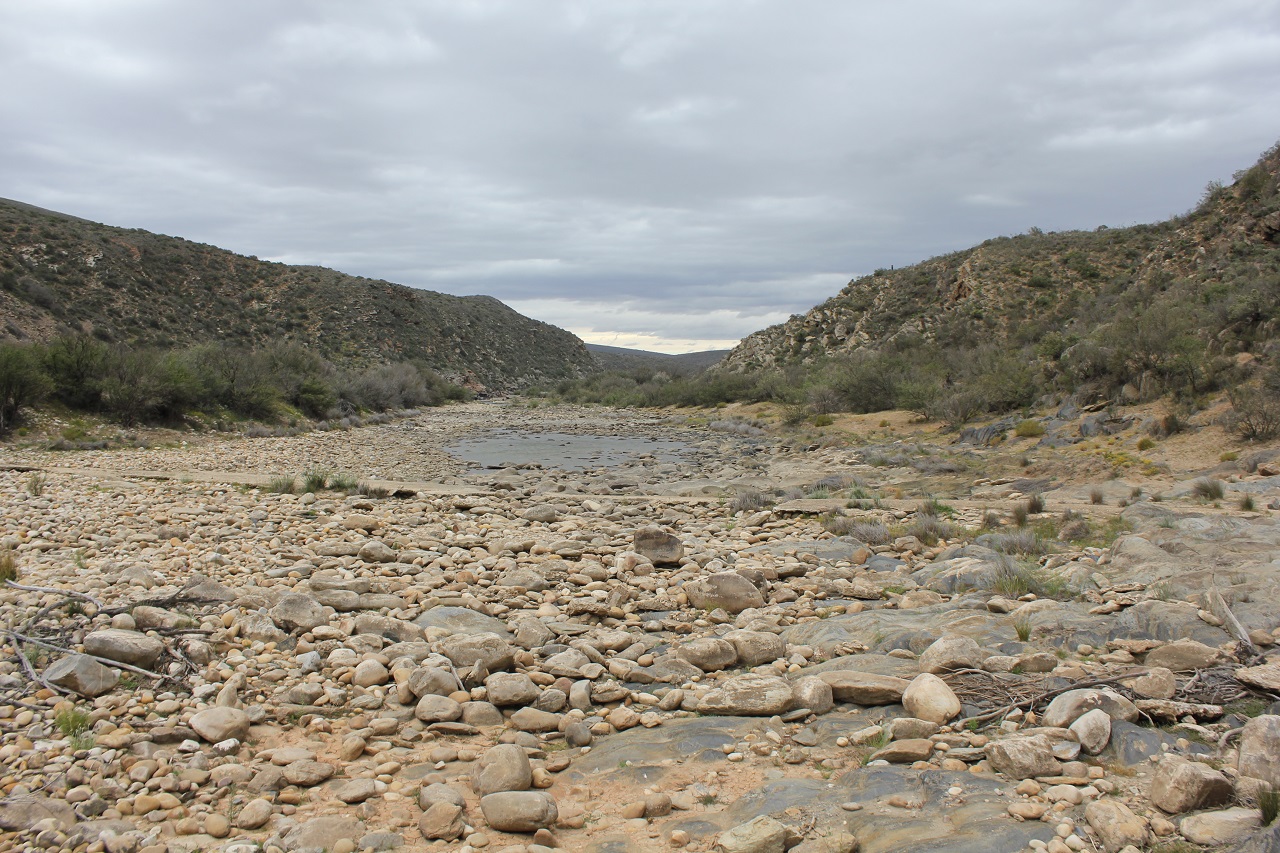 Severe rainstorms lashed throughout the first week of May through the Southern Cape, and although much damage was reported, and farmers and communities in low-lying areas had to be evacuated, the rain did bring relief to areas that were severely affected by drought for close to a decade.

Towns like Ladismith received heavy rains that made a huge difference to empty storage dams, whilst the rivers near Van Wyksdorp flowing towards Gourits River mouth showed impressive volumes for the first time in many years, and no doubt saved what was left of depleted aquatic species in the systems.

Some years ago, already, when the Klein Karoo region first started showing signs of increasingly regular drought conditions, coupled with regular damaging fires, water specialists tasked with exploring the use of underground water resources predicted that, based on the modelling of the impact of climate change on Southern Cape rainfall patterns, episodic rainstorms will replace the predictable, soft but continuous rainfall patterns the Southern Cape was famous for throughout winter months.

“The role that a healthy high-quality environment can play in protecting communities exposed to the uncertainty that climate change brings cannot be underestimated. Environmental managers and conservationists agree that by setting a higher standard of the way we take care of our environment and the protection of our biodiversity, the better chance we stand to adapt to what climate change will bring about,” says Cobus Meiring, chairperson of the Garden Route Environmental Forum (GREF).

“The 2017 Knysna and 2018 Outeniqua wildfire disasters had a significant impact on the region, both from a socio-economic as well as an environmental perspective. Large parts of the region have still some way to go to full recovery, with some areas probably permanently transformed, impacting significantly on what remains of indigenous biodiversity, such as endemic Fynbos species and the habitat they depend upon.”

“The positive side of the coin is that Southern Cape communities and authorities are increasingly making an effort to preserve what remains of regional biodiversity and clearing of rivers and streams of invasive alien plants, and initiatives such as the Annual Climate Change Indaba brings momentous knowledge and perspective into the region on how best to prepare communities for what lies ahead in terms of climate change, and how best to prepare for it,” says Meiring.

The GREF Climate Change Indaba takes place in the George/Wilderness area on 8 June 2021. Due to Covid-19 protocols, only a limited number of people can be accommodated. Those who are interested to attend the Indaba can send an email to the GREF Secretariat, Louise Maré, email: louisamare@gmail.com.

Photo: Groot River: The Groot River near Van Wyksdorp is flowing strongly for the first time in close to a decade due to heavy rains in the Rooiberg catchment. (Photo: Cobus Meiring, SCLI)

The Garden Route Environmental Forum (GREF) is a regional forum and public platform for collaboration in conservation, environmental adaptation and community interaction. It is a think tank for national, regional and local government, conservation bodies, academics, the media, landowners and land managers, active in the full spectrum of environmental matters in the region.