Preparation for the 2015 annual charity Knysna Motor Show which will take place on Saturday May 9, is in full swing. 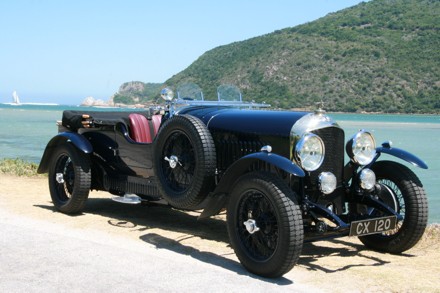 The 2014 show which had a  variety of sport and modern classics, veteran and vintage cars and motorcycles on display, was a resounding success, said Peter Pretorius, chairman of the Garden Route Motor Club (GRMC), and organiser of this classic event. 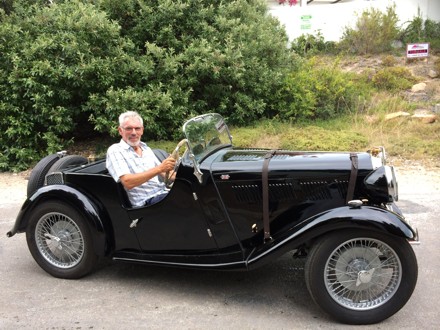 This year, the GRMC want to make it even bigger and better. There will be a a select display of classic, performance, speciality and featured one-make cars and motorcycles, to give owners the chance to display their unique vehicles and motorcycles. To ensure that the standard is maintained, participation is by invitation only, Mr Pretorius said. 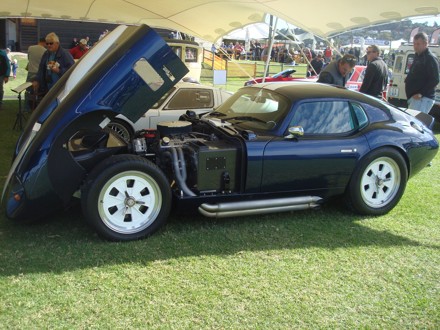 An exciting attraction at the 2014 show was the inclusion of veteran, vintage and classic motorcycles (road and racing). 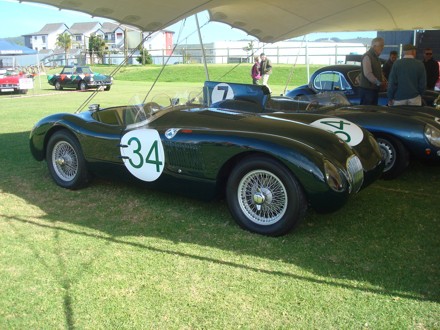 The 2015 show will include more of these special and rare motorcycles not often seen by the public.  There will be an array of Ferraris, Aston Martins, Jaguars, Porsches, Mustangs, Sunbeam Tigers, Rolls-Royces, Model T-Fords, and more. Also on display will be Rusty Crowhurst’s 27-litre Jaguar Meteor  Special powered by the un-supercharged version of the Merlin Aircraft engine, designed by Rolls-Royce. 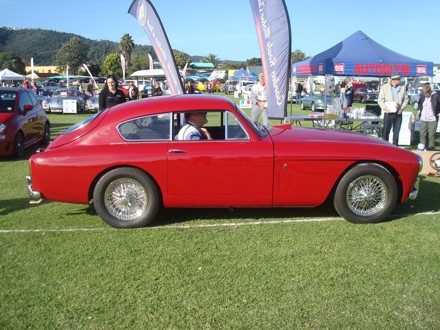 In addition, there will be a stand covering the Bloodhound SCC’s attempt on the world land speed record at Hakskeenpan, taking place during the second half of 2015. This project is a global engineering adventure, using a 1610km/h world land speed record attempt to inspire the next generation about science, technology, engineering, and mathematics. 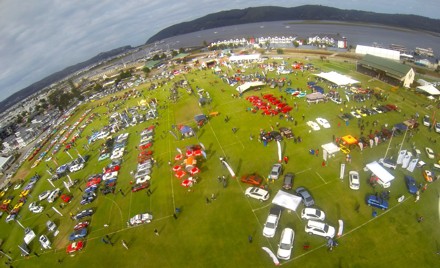 The Nelson Mandela Metro University will also be displaying an Echo car which students are developing.

Classica and Performance Car Africa is again sponsoring two concours d’elegance floating trophies: a panel of judges will decide the winner of one of them and the other will be by popular vote.

Auto Glym will again sponsor the Style et Luxe floating trophy for the most elegant and luxurious car on view. This will also be the first year that a floating trophy has been introduced for the best motorcycle displayed and will be sponsored by AllSound Security.

Mr Pretoria suggests that visitors spend a few days in this “beautiful part of the Garden Route which is fast becoming a national hub for classic cars”. The Knysna Motor Show is a fun day for the whole family, not just for petrolheads. There will be a beer tent, a variety of food stalls and plenty to keep the children amused.

The GRMC’s vision is to make  the Knysna Motor Show an annual must-see event, not only for petrolheads, but for the whole family, and those who have just a passing interest in all things to do with motoring.

“The character of the show and its location provides an opportunity to exhibit some of the best vehicles in the country in scenic surroundings, affording owners and the public alike a memorable automotive experience,” Mr Pretorius said.

The show will be held at the Knysna High School on Waterfront Drive, from 9.30am to 4pm. Entry is R30 for adults and children under 18 enter free.

Call Peter Pretorius on 082 321 4724 or E-mail peterp@afrihost.co.za for information or visit www.grmc.co.za to see more.