Stark-Condé, the esteemed boutique family winery on the picturesque Oude Nektar farm in the Jonkershoek Valley, Stellenbosch, have released new vintages of their flagship Cabernet and an estate white blend to acclaim. 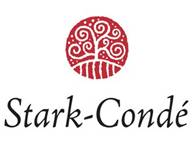 Stark-Condé’s new vintage THREE PINES CABERNET SAUVIGNON 2014 was awarded a whopping 95 points by Tim Atkin in his 2016 South African Wine Report: yet another prestigious accolade for one of South Africa’s most awarded Cabernet producers. Since Stark-Condé’s maiden 1998 Cabernet scooped a Platter’s 5-star award, their Cabernets have been awarded Platter’s 5-star ratings a total of five times, the Cabernet Trophy at the Old Mutual Trophy Wine Show three times, and have been two-time Trophy winners at the prestigious Six Nations Wine Challenge. In addition, their elegant Cabernets have regularly been awarded Top 100 SA Wines status, and internationally receive regular 90+ ratings in Wine Advocate, Wine Spectator and Wine Enthusiast.

THE FIELD BLEND 2015, the recently released fourth vintage of Stark-Condé’s estate white blend, was honoured with the Trophy for Best White Blend at the 2016 Six Nations Wine Challenge in Australia earlier this year.

There is a new Stark-Condé icon on the way, the OUDE NEKTAR 2014, a Bordeaux-style blend dominated by a unique Cabernet vineyard, the highest vineyard on the estate. The Oude Nektar 2014 is due for release in early 2017.

The Three Pines range, comprising this highly-acclaimed Cabernet and an award-winning Syrah, has single-vineyard designation and limited production. It is named after three old pine trees that stand majestically on the lookout spot at the top of the farm, overlooking the high elevation vineyards and the winery.

This is the 15th vintage of this wine, which always seems to have good ripeness and natural acidity and a unique floral note that sets it apart from other Cabernet blocks on the estate. José believes the 2014 vintage is one of his finest to date. It displays the violet/cassis/black cherry notes this vineyard is known for, coupled with the fine elegant tannins and lush fruit typical of Jonkershoek Valley wines. The wine was matured for 22 months in small French oak barrels (70% new). 5% Petit Verdot and 2% Merlot was blended in to enhance the mouth-feel and aromas. An excellent vintage of Cabernet, it will reward careful cellaring.

This is a barrel-fermented white blend of Roussanne (46%), Chenin Blanc (30%), Viognier (12%) and Verdelho (12%). It is a single-vineyard wine from the first vineyard you see when you drive into the Oude Nektar farm. Being a tricky block, with a mix of soils, this was turned into a positive by planting the vineyard as a blend.

The grapes are all picked at the same time and pressed and fermented together making a true ‘field blend’. 100% barrel fermented in mostly older, neutral oak – just 5% of new oak was used – and aged for 8 months, it is an elegant blend combining the richness of Roussanne and Viognier with the bright fruits and natural acidity of Chenin and Verdelho.

The estate’s new icon wine, a Bordeaux-style blend dominated by the estate’s highest and unique Cabernet vineyard, (which has been in the planning for 15 years) is blended with the estate’s best parcels of Bordeaux varieties. Originally planted in 2003 José made a small ‘test run’ in 2008, but the vineyard burned down the following year and had to be replanted. This unique vineyard has very stony decomposed granite soil with a clay subsoil, and has an almost perfect aspect towards the afternoon sun. This aspect and elevation allows the vineyard to receive almost 45 minutes more direct sunlight than the Stellenbosch average. A blend of 73% Cabernet, 14% Petit Verdot and 13% Merlot, the wine has a very intense cassis aroma with unique citrus-rind notes. It has a firmer tannin structure than many of the Stark-Condé wines, but still with the elegance for which Jonkershoek Valley wines are known. The wine spent 22 months in barrel, all small French oak, about 70% new.

The Stark-Condé Oude Nektar 2014 will retail for approximately R550.

THE STORY OF OUDE NEKTAR AND STARK-CONDÈ WINES

Hans Schröder, owner of Oude Nektar and co-owner of Stark-Condé Wines, grew up in Stellenbosch and, as a young man, first travelled to Japan in 1959 as a member of the merchant marines. Captivated with the exotic country, he enrolled at the ICU University in Japan where he studied international business and the Japanese language. At university he met Midori Maruyama, whom he married in 1966. They have three daughters. For the following 25 years, Mr. Schröder lived in Japan and worked for corporations seeking to establish operations in Asia. His comprehension of the language and appreciation of the local customs allowed him unique access to business during Japan’s early days of internationalisation. As the end of apartheid became imminent in the late 1980’s, Hans Schröder made the decision to return to his home town with his wife, where he purchased the Oude Nektar farm in Jonkershoek Valley (now the home of Stark-Condé Wines). Over the years, he replanted the vineyards and the farm became a producer of premium grapes. In 1998 Hans’ son-in-law, José Condé, a Cuban-American graphic artist, first experimented with a few barrels of Cabernet Sauvignon in an old shed on the Oude Nektar property. From these four barrels of Cabernet, José was awarded a prestigious 5 stars in the Platter’s South African Wine Guide. Inspired by his early success, José soon became a full time winemaker and Stark-Condé was created. 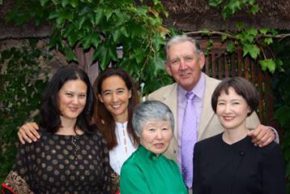 On Friday 28th October Mr. Hans Schröder was presented with the Japanese Foreign Minister’s Commendation by the Ambassador of Japan to the Republic of South Africa, H.E. Mr. Shigeyuki Hiroki. The Foreign Minister’s Commendations are awarded annually to individuals and groups with outstanding achievements in international fields, to acknowledge their contributions to the promotion of friendship between Japan and other countries. Mr. Hans Schröder is among this year’s foreign recipients. He received the Commendation in recognition of his contributions to the promotion of mutual understanding between Japan and South Africa. The Japanese Ministry of Foreign Affairs announced the recipients of the Foreign Minister’s Commendations for 2016 in July 2016 and the presentation of the award took place at a celebratory function at Oude Nektar on 28th October 2016.

Hidden away in the majestic Jonkershoek Valley on the outskirts of Stellenbosch, Stark-Condé has one of the most exquisite settings in the winelands. Set on the edge of a lake and surrounded by magnificent mountains, with landscaped rolling lawns and beautiful gardens, the scenery takes your breath away.

TASTING ROOM
A stroll across a wooden footbridge leads to a unique Balinese-inspired tasting room on its own island, under weeping willows, with a panoramic view of the surrounding mountains, lake, natural vegetation and vineyards. Tastings are personal and intimate, with attention paid to the finer details of each wine.

Named for its picture-perfect setting on the edge of the tranquil lake with breathtaking views of the surrounding mountains, the Postcard Café is a casual relaxed place to enjoy the Stark-Condé wines, simple fresh food and homemade desserts, while soaking up the beautiful surrounds. Wooden tables are set up on the long wide terrace of the restaurant, and a few steps down alongside the poplar tree forest at the water’s edge. Owned by Jose’s wife Marie, the menu is very varied with a slight Asian twist. Open Wednesday to Sunday for breakfast lunch and tea, favourites include the antipasto platter, crispy fried prawn and calamari salad, Asian pork belly salad, teriyaki beef burger served with a sweet soy-ginger sauce and rice, and pan-fried fish of the day with homemade tartar sauce. Well-known for their delicious desserts and freshly baked cakes, popular choices include honey almond tart, gluten-free dark chocolate cake, baked cheesecake and their famous red velvet cake.They also make their own fresh juices and sodas such as raspberry lemonade to quench your thirst.

After a most leisurely meal, there is a walking path around the lake for nature lovers to appreciate the abundant bird life in this ’Garden of Eden’.