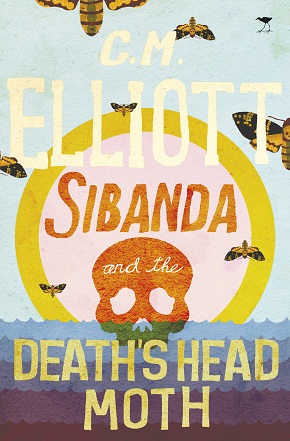 Following on the success of Sibanda and the Rainbird, the first in the series, about African medicines and the sale of body parts, the Zimbabwean police team of Detective Inspector Jabulani Sibanda and his sidekick, the corpulent (to put it politely) Sergeant Thaddeus Ncube who has three wives and is terrified of wildlife, are back in another adventure, focusing on illegally brewed liquor and rhino and elephant poaching.

The screeching of a francolin will make Ncube jump out of his skin. While Sibanda, who trained as a policeman in Nottingham, UK, where he also met the love of his life, Berry Barton, is in seventh heaven when he is out in the wild where he can mull over his latest case or contemplate the state of the universe. He can identify animal tracks and is becoming a twitcher of note.

Sibanda and Ncube are based at Gubu, an out-of-the-way police outpost,  a couple of clicks away from the Zambezi, run by the overbearing , unreliable and meddling lay preacher Chief Inspector Stalin “Cold War” Mfumu, whose congregation is The Brethren of the Lord’s Blood.

Then there’s Ms Daisy, the temperamental Land Rover that Ncube, a skilled mechanic, resurrected from the scrap heap.

Sibanda is out jogging one morning when he is almost killed by lightning which struck a nearby tree and incinerated a body at its base. While rooting around the tree Sibanda is severely injured and he relies on the muti provided by one of Ncube’s wives to heal it.

Then there is a report that a body, reportedly of wildlife researcher, Tiffany Price, has been found on the banks of the Zambezi. Until Sibanda knows for sure, he is concerned that it may be Berry who has gone missing.

But Sibanda, who is credited by his peers, not least Ncube, with having superpowers, is convinced that the two murders are linked. It takes a fragment of material and a puncture wound to help Sibanda and Ncube to connect the dots. Price also left a coded diary, and by now, crossword fundi Berry, who is safe and sound, helps Sibanda and Ncube decipher the clues.

Death’s Head Moth is a satisfying thriller, and despite the murders and violence, it is a gentle read which brings to mind Alexander McCall Smith and his popular series, the Number 1 Ladies’ Detective Agency, set in Botswana. There are many references to Matabeleland in the Sibanda series. According to some sources, however, it is the colonial spelling. The correct spelling is Matebeleland, they say.