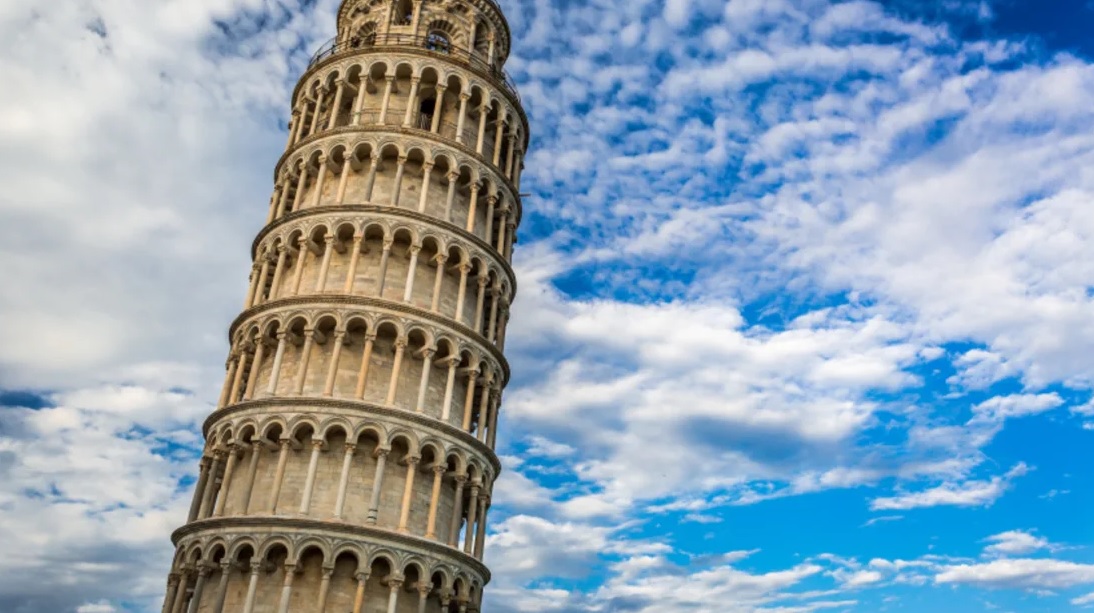 Travelling is one of the best times to show off your photography skills. And, when you visit one of the most iconic landmarks around the world, it only makes sense to take the most cliché photo poses.

Over the years, travelling around the world has become more popular as many people want to experience different parts of the world. Not forgetting that travelling also has its benefits. It helps to improve your social and communication skills as you get to meet and socialise with different people. It helps to broaden your horizon, have fun and create a lifetime of memories.

Now, as much as it has its benefits and there are cheap places to travel to, it still is expensive. So, you’ll need to save a lot of money or try betting online. Now, if you’re lucky enough to get the winning lotto numbers in South Africa, then there truly is nothing stopping you.

But, if you haven’t become the lotto winner in South Africa, you better start saving now, because it’s memories that will last you forever. Now, this article isn’t about finding an easy lottery to win or how you need to save money; it’s about the best places to travel to.

So, let us be your travel guide and show you all the places you need to add to your travelling bucket list.

The Leaning Tower of Pisa in Italy

Of course, we wouldn’t forget to mention the Leaning Tower of Pisa. If you ever find yourself in Italy, then you must strike a pose holding the leaning tower from falling. Now, you may be wondering why you need to do this, well, of course, the tower is tilted but it’s not just about the tilt. It’s iconic because the tower is a tilt away from being a perfectly vertical tower. And, it looks pretty cool in pictures. So, make sure you add that picture to your to-do list during your trip. It may seem cliché but it’s worth it. And, don’t worry because every other tourist will be doing the same thing so you won’t be alone.

Pretend to make a phone call in a London phone booth

Now, taking a picture in a London phone booth might be the phoniest picture yet (excuse the pun), but what makes the booth so iconic is the history and tradition behind it. Because we all know that phone booths were out of style the minute the landline came into the picture. But, that doesn’t stop thousands of tourists from taking a picture. And, why wouldn’t you? Because where else will you ever see a red phone booth? So, make it count.

If you’re a die-hard Beatles fan, then this is definitely a pose for you. And, no matter how cliché it may seem, when in London, you need to do a retake of the Beatles album cover. The road became a tourist attraction after the Beatles recorded their final album in April 1969 at the Abbey Road studio. So, if you’re a musician, or simply love art, then crossing Abbey Road is a must, and don’t forget to take your iconic yet cliché picture.

A picture kissing the Great Sphinx in Egypt

If you missed your New Years kiss this year, then the Great Sphinx in Egypt is waiting for you. The Great Sphinx has been kissed by celebrities and Instagram influencers and the list doesn’t stop there, and it makes for the perfect picture. This is a top destination for many tourists who are looking to experience Egypt. So, why not add your name to the list! And, while you’re in Egypt, you need to head over to Cairo and get a picture with your fingertips holding the Khufu and Khafre pyramid.

Holding the Eiffel Tower with your fingertips

The pyramids aren’t the only thing you can take a picture of with your fingertips. Yes, the Eiffel Tower is also a favourite and why wouldn’t it be. Although Paris isn’t one of the cheapest places to travel to, you can make it budget-friendly. And, if you do have enough money to travel to Paris, make sure you get a picture of you holding the Eiffel Tower.

Riding a camel past the Pyramid of Giza

No worries, we didn’t forget about this, which we’re sure you’ve seen far too many times. But hey, when will you ever get to ride a camel or pass a pyramid? So, even if you’ve seen this image far too many times on Instagram, nothing is stopping you from recreating your own memorable picture.

Meditating at the Taj Mahal

Now, a lot of travellers prefer taking a picture holding the Taj Mahal, but why not try something cliché but different; like meditating. But, apart from taking a corny picture, Taj Mahal building is breathtaking and has a touch of romance that you cannot miss. Many tourists go there for their honeymoons, but you can still go and experience its beauty. Nighttime is the perfect time to go and see the Taj Mahal, and it’s open for tourists on five nights per lunar cycle, so don’t miss it!

The Statue of Liberty

Who doesn’t want to travel to New York and experience the bustling city filled with yellow taxis, delicious food, and drop-dead gorgeous fashion? While you’re there, do not forget about taking a picture with the Statue of Liberty. The Statue of Liberty is one of New York’s landmarks which is perfect for a picture. You can also get tasty food that’s at an affordable price around there, so it really is a win-win. To get to the Statue of Liberty, you’ll need to take a ferry to Liberty Island where you can get your gorgeous views and shot.

Last, but certainly not least, is the Hollywood sign. Now, if you’re a movie fanatic, enjoy pop culture or you’ve always loved the idea of visiting Hollywood, then this should definitely be your first picture. The sign has been taken pictures of for far too many times but it still remains a classic. The landmark was made permanent in 1923 and did you know it used to say “Hollywoodland”?  But, no worries this sign isn’t going anywhere and will be waiting for you when you finally go to Tinseltown. While you’re there, make sure you also take a picture when you pass The Hollywood Walk of Fame.

As cliché as all these pictures may seem, they are a must. Travelling is all about having fun and doing what makes you happy. So, don’t worry about what anyone says about the pictures or how cliché they may be. Do what makes you happy and you take them because not only will it be fun to do, but you’ll have all those beautiful memories when you get home that no one can take away from you. So, shoot away and remember to have fun because that is what travelling is truly about.